Maverick Vinales says his Yamaha had "trouble in all areas" during the first day of MotoGP practice in Qatar, and that his bike's problems have not changed since testing

Vinales, who won on his Yamaha debut in Qatar last year, was only 11th in both FP1 and FP2 as the 2018 MotoGP season kicked off.

The Spaniard is right behind fellow Yamaha riders Valentino Rossi and Johann Zarco on combined times.

Vinales said the bike's problems had not changed since the Qatar pre-season test a fortnight ago, but admitted he had not expected a major improvement.

"We have a bit of trouble in all areas, so we will have to improve part by part," he said. "With the electronics we also have a big problem.

"Tonight we are going to make a big change on the bike and we will try again tomorrow.

"The rear end does not have much grip and that creates problems for me at the front.

"I cannot explain why we have so many problems. The only thing I have left is to be calm, I know that I have the level and when we put the bike at the front I will be there."

Vinales added that he is riding smoother than last year in an attempt to adapt to the bike's weaknesses.

"I try to help, to be very gentle, trying to not make the bike [have] a lot of trouble," he explained.

"I'm much smoother than last year.

"Last year I could be much more aggressive and push the bike more." 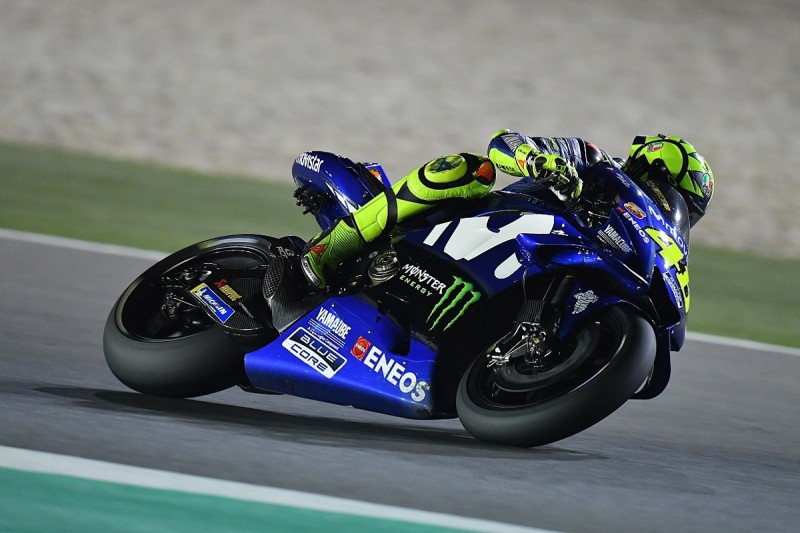 While Rossi agreed the Yamaha had not changed much the same since the final pre-season test, the Italian described his day as a "positive" one.

He was second in first practice, 0.061 seconds behind Andrea Dovizioso, and put his ninth place in FP2 down to an imperfect flying lap.

"The feeling during the day was quite positive because I felt good with the bike and my pace is not so bad, also with the used tyre that is very important for the race," said Rossi.

"I lost something during my lap [in second practice], I did some small mistakes and I pay because my position is not fantastic."