The deal, struck between championship organisers Dorna and race promoter Rio Motorsports, would see the grand prix take place at a new venue set to be built in the second-largest city in Brazil.

The Brazilian motorcycle grand prix was previously held at the circuit in Goiania between 1987 and 1989, as well as at current Brazil Formula 1 venue Interlagos in 1992.

"We would be thrilled to see MotoGP return to Brazil and this memorandum of understanding is fantastic news for the championship and South American fans," said Dorna CEO Carmelo Ezpeleta.

"We have a truly global sport, paddock and grid and to add another country to our calendar - especially one such as Brazil - is always something to aspire to.

"It would be a pleasure for MotoGP to race in a country and continent known for its passion and incredible atmosphere." 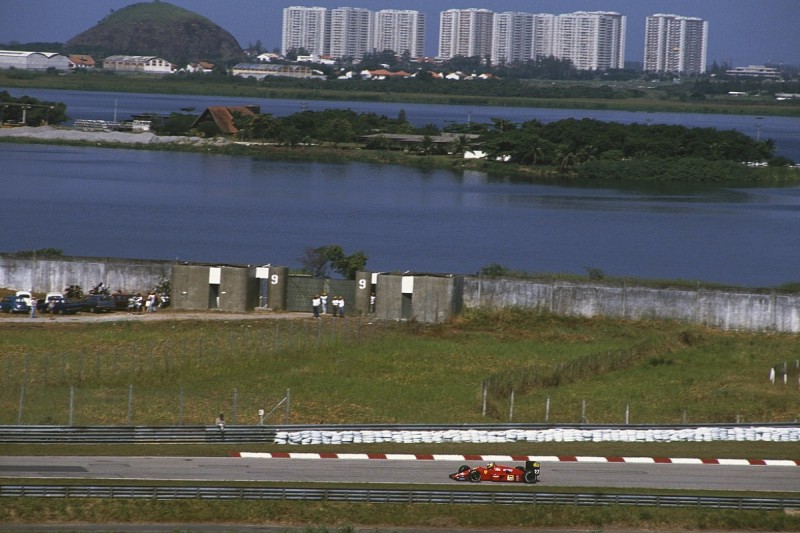 The circuit project has been drawn up to replace Rio de Janeiro's now-defunct Jacarepagua venue, which was dismantled as part of preparations for the 2016 Olympic Games.

Jacarepagua had itself hosted a MotoGP round - dubbed the Rio de Janeiro motorcycle Grand Prix - between 1995 and 2004.

"We are pleased with Dorna's serious interest in going back to Brazil and their trust in promoting the race at the racetrack we hope will be built in the city."

The F1 race in Interlagos is currently Brazil's main international motorsport event - with a deal that runs through 2020.