Ducati MotoGP rider Jorge Lorenzo set the pace in the second Friday practice at Barcelona, as championship leader Marc Marquez was among the fallers in an incident-packed session

Future Honda team-mates Marquez and Lorenzo had traded the top spot several times in the opening minutes of the session, before Lorenzo finally settled in the top spot with a 1m39.817s effort.

The pair remained the only riders with times below 1m40s for most of the session, until Yamaha's Maverick Vinales fired in a 1m39.652s using fresh softs with five minutes left on the clock.

He came up a tenth short of improving with his next effort but held on to the top spot anyway, with Suzuki's Andrea Iannone slotting into second, 0.107s off. 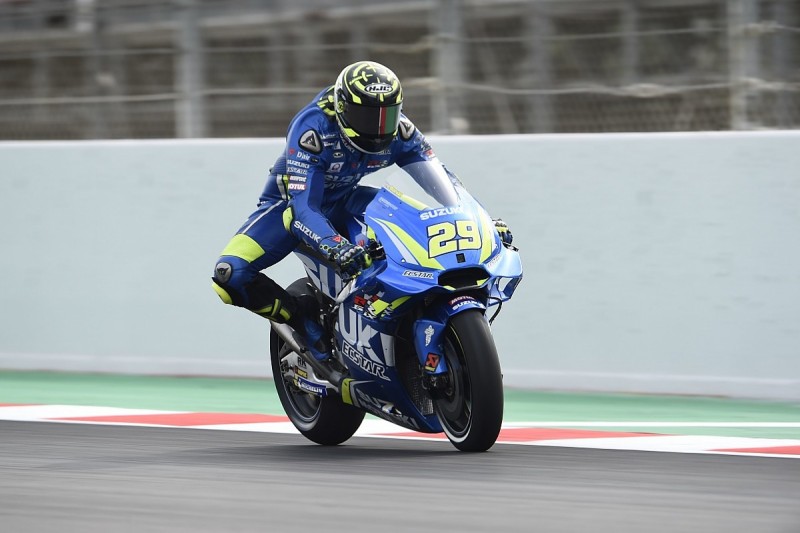 Tech3 Yamaha's Johann Zarco, who crashed at the Turn 5 left-hander almost immediately at the start of the session, recovered to finish seventh, with his team-mate Hafizh Syahrin ninth, the duo split by works Honda rider Dani Pedrosa.

Avintia Ducati's Tito Rabat was 10th ahead of Rossi, but the Yamaha rider is still on course to automatically progress to Q2 by virtue of his practice one time.

The same cannot be said for Marquez, who dropped to 12th in the session and on combined Friday times having fallen at the long Turn 4 right-hander in the closing minutes of the session.

Mika Kallio led the KTMs in 13th on the prototype RC16, while Aleix Espargaro was the top Aprilia in a lowly 19th, his session punctuated by an on-track quarrel with Aprilia-bound Iannone after the pair ran each other off the road at Turn 1.