Created by MotoGP promoter Dorna, the new series was lunched in London on Tuesday and is aimed at helping foster young British talent.

The BTC will use Honda's NSF 250R Moto3 bike, and be run at circuits in the UK and Spain as part of Dorna events, headlined by the British GP and the World Superbike Championship round at Donington Park.

It is set to follow the template of the Asia Talent Cup established in 2014, with the architect of that programme Alberto Puig in place as Dorna's talent promotion director.

Former MotoGP racer Jeremy McWilliams will be involved as a talent scout, with a selection event to be held at Silverstone ahead of this August's British GP.

John McPhee will give the initiative a presence in Moto3, racing a Honda for the British Talent Team. 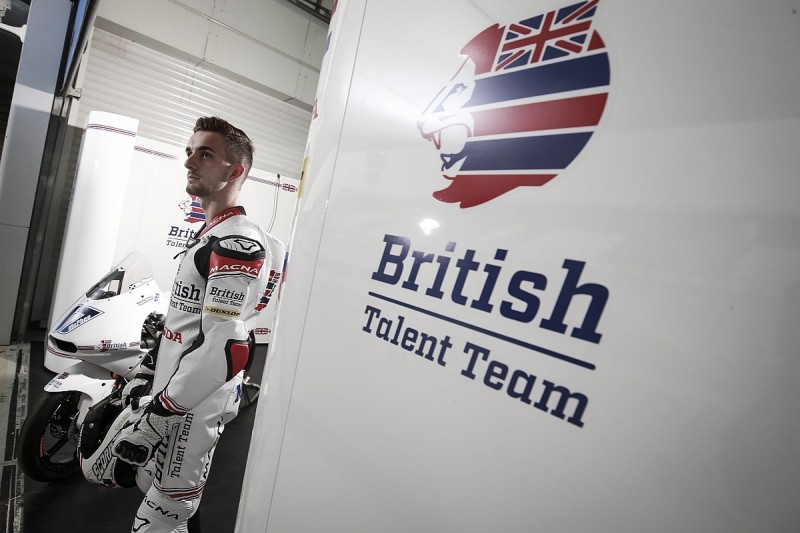 "After the incredible success of the Asia Talent Cup we are very proud to announce another amazing initiative as part of our Road to MotoGP," Dorna CEO Carmelo Ezpeleta said.

"With the long and illustrious history of racing in the UK and British Isles, it is the perfect place and the perfect time to begin another chapter of the UK's two-wheeled story, and we are proud to have John McPhee on board in the Moto3 World Championship as the first stage in this project.

"His great victory in Brno last season was an astonishing achievement that proves his fortitude.

"I'm really happy to have this opportunity in the team and I'm looking forward to the season to see what we can do," McPhee said.

"Representing the UK and British Isles on the world stage, as well as the Team and Cup, is a big responsibility but I'll work hard to get the kind of results we're aiming for - and get this new project off to the best start."