Ducati re-introduced winglets in 2015 as part of its aerodynamic development and the trend spread, with Yamaha and Honda following suit.

By midway through 2016, every manufacturer had some sort of solution in a bid to reduce wheelies under acceleration, with the new, less-refined control electronics taking away a lot of software assistance.

However, with manufacturers unable to agree on their future amid debate about safety and costs, winglets have been banned for next season.

Stepping up to a 2016 Ducati from the GP15 he used last campaign, Redding said the impact of running without winglets in post-season testing was noticeable.

"I struggled with wheelie without the wings, to be honest," he said of his first test at Valencia in November.

"We tried to use the same power as [Ducati factory rider Andrea] Iannone, but it was too much wheelie so we're trying to adapt the bike a little bit to try to sit less on the rear, but then you're going to lose in other places.

"With the wings you could be a bit lazy, almost. That is somewhere we need to get the hang of.

"I know the bike can work, we have the data from Iannone this year, that we can use next year."

Manufacturers are expected to focus more on the shape of their fairings in 2017, albeit with development loopholes closed to avoid multiple changes and extravagant designs to simulate winglets.

"I think there will be an evolution fairing without wings that will help a little bit," Redding said.

"I need to keep my eye open to keep my hands on them because it is quite a big difference.

"Let's see what they do and if they make a difference." 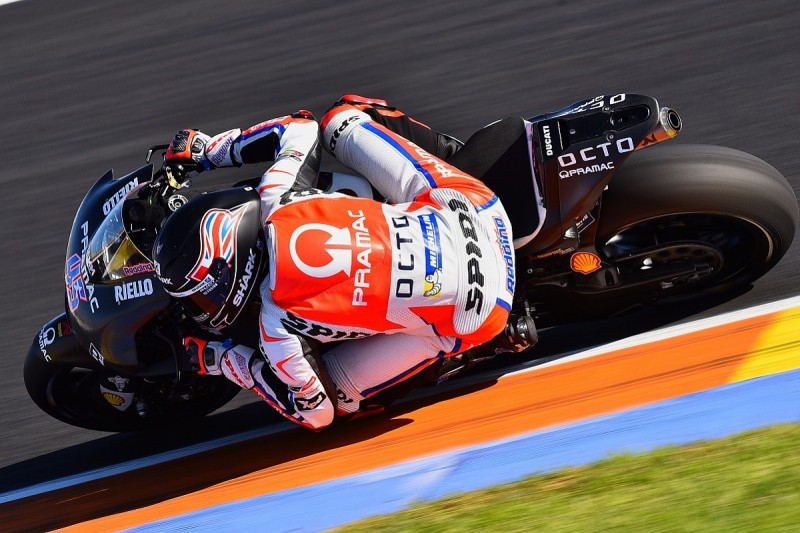 Redding steps up to the race-winning 2016 Ducati next year, even though he will be a step behind Pramac team-mate Danilo Petrucci on factory machinery.

The Briton said his immediate impression of his new bike was positive.

"The things I was struggling with, you can feel the big differences," he said.

"The bikes are not night and day, but it's where I need it.