Jorge Lorenzo should not "think too much when riding" his new Ducati MotoGP bike as he looks to get up to speed, according to his predecessor Andrea Iannone

Lorenzo joins the Italian manufacturer in 2017 after nine seasons with Yamaha that netted three titles, but after a promising start last November he has found this year's tests harder.

The Spaniard was 10th fastest at Sepang having endured a particularly difficult opening day, and then eighth at Phillip Island, admitting during those three days that "something is still not right".

Now with Suzuki, Iannone spent his first four MotoGP seasons on Ducatis - two with the Pramac satellite outfit before joining the factory team in 2015 - and acknowledges the Desmosedici is a difficult bike to master.

"To adapt yourself to the Ducati is a big task, it's a bike that needs to be ridden in a completely different style," Iannone told Autosport.

"It has become easier in recent years. It is true that the bike demands a particular riding style, but it also has the potential to be competitive; you just have to find out how to make the most of it.

"The question is around the time you spend riding the same machine, as in Jorge's case [with Yamaha].

"Then jumping on a different bike demands a radical change in terms of riding style. That forces you to think about.

"And if you have to think too much when riding, then you're not so fast.

"You must adapt yourself as soon as possible to the new situation in order to do things instinctively, as they used to come on your previous machine.

"If your instinct makes you ride as you used to, then you're missing out on a lot of improvements." 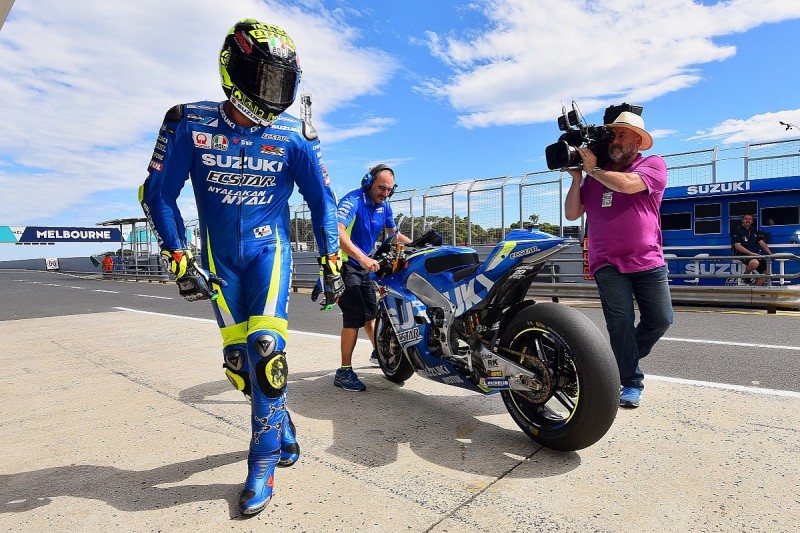 However, Iannone topped a day of running at Sepang on his way to second overall in 2017's first test, and the 27-year-old is relaxed heading to next week's final session in Qatar.

"The test at Sepang was very positive, and also those [last November] at Valencia and Jerez," he said.

"Let's say in Australia it was a bit more difficult, but it doesn't worry me too much, as last year's test wasn't that good either.

"The feelings on the bike and with the team are good. I'm sure the wind made everything more difficult at Phillip Island, as it makes it more difficult to find out if changes are positive or not.

"But it wasn't a major problem. I can also say that if I had to race tomorrow, I think we would be much better."