Jorge Lorenzo feels "lucky" that Marc Marquez lost so much time early in the Valencia Grand Prix due to his slow start, after winning the MotoGP season finale

Lorenzo got away cleanly from pole and went on to win his final race with Yamaha before joining Ducati, having led from start to finish.

While Lorenzo built a lead, Marquez had to recover from what he called his "worst start of the year", which dropped him from second to sixth.

By the time he was up to second place with 10 laps to go, after fights with Valentino Rossi and Andrea Iannone, Marquez was 5.437 seconds behind Lorenzo.

Marquez ultimately closed that to 1.185s by the chequered flag as Lorenzo started to struggle with grip on the left-hand-side of his rear tyre.

"I suffered so much in the last 10 laps," Lorenzo said.

"I saw Marc in second place on the board and I knew he was going to try everything and be very, very quick.

"I knew he would have a better rear tyre because I was struggling so much in the middle of the race.

"I had to be very focused, very precise, not to lose the rear, especially in the last corner.

"I expected Marc to stay with me in the first lap.

"Luckily for me he had some problems with his clutch or his bike and that's when my gap was done.

"We saw he had the pace and had he been following all race I would've struggled and maybe not got the victory, so I was lucky." 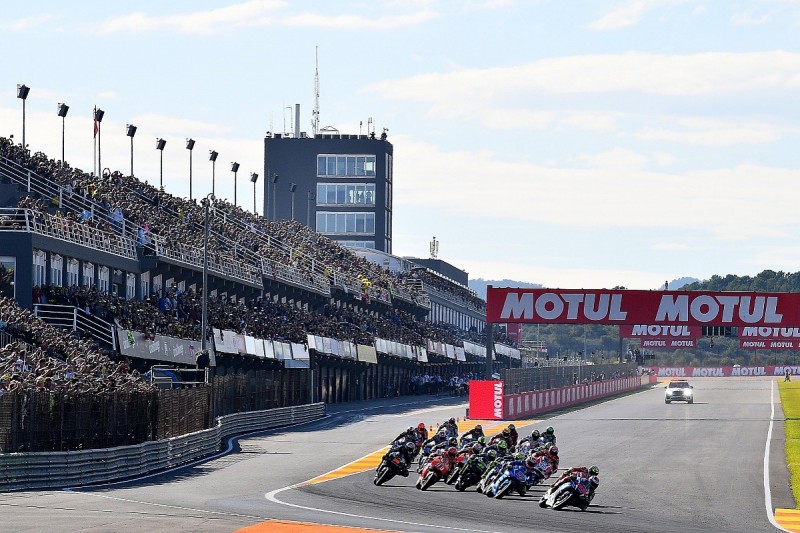 Second place was Marquez's first podium since securing the championship at Motegi last month, having crashed at Phillip Island and Sepang.

Even after losing time battling with Rossi and Iannone, Marquez believes he could have challenged Lorenzo with a handful of extra laps.

"The problem I had with the clutch, it started to [wheel]spin and I lost many positions," he said.

"I don't know what happened with the bike. I had a big wheelie. I lost a lot of time in the beginning.

"I took a lot of time to overtake Valentino and Iannone because here it's very, very difficult to overtake other riders.

"The Ducati just passed me on the straight. Our weak point this year has been acceleration, but I tried.

"When I opened a small gap, I pushed with nothing to lose. I saw I was catching Jorge and I thought it would be difficult but I would try.

"I needed another two or three laps, but no excuses - the race is 30 laps."