Reigning MotoGP world champion admits “I don’t know what happened” when he crashed out of the wet French Grand Prix on the fifth lap.

The Suzuki rider had made good progress from 14th on the grid and had made his way into the top nine when he slid out of the race at the end of the fifth lap as the rain intensified.

Having failed to bring his damaged bike back to pitlane, Mir was unable to switch to his second bike set up for wet conditions during the flag-to-flag stop – something he blamed on his lack of experience having never competed in a flag-to-flag race before.

Explaining his day, Mir – who is now 31 points off the championship lead – said: “During a championship battle there’s always some races where you make a mistake and there is a zero [score].

“If there’s only one then it’s really good. But this is something that was not in my plan today.

“I wanted to give my best. Honestly on track I felt strong, I was able to overtake a lot of riders in the first laps.

“I was there in the group. Once I overtook [Miguel] Oliveira I was trying to overtake Aleix [Espargaro] and then to be in the group with Marc [Marquez] and [Alex] Rins.

“But the rain came and that lap, I don’t know what happened honestly.

“For my part, I have to say sorry to the team because I made a mistake.

“I don’t know why, the adrenaline or something. But from this experience I will learn for the future, I will not repeat it that’s for sure.” 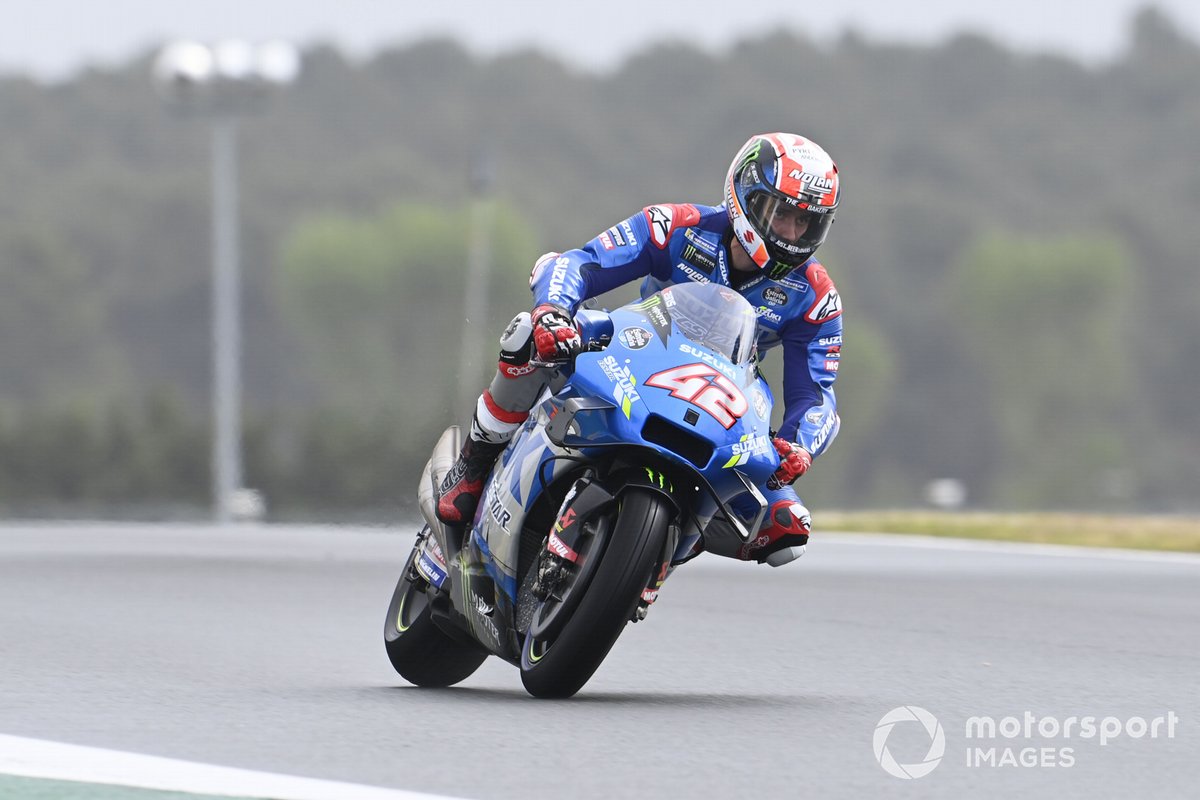 Team-mate Alex Rins was in the lead group at the end of lap five when they came in to change bike and exited behind Marc Marquez in second.

But Rins crashed seconds later at the Dunlop chicane and then crashed for a second time on his other bike, which was set up for the dry and made the Suzuki “aggressive” on wet tyres as a result.

“Was a big shame that heavy rain because I say yesterday to my staff, to my team that in dry conditions I was feeling quite good and we were able to finish on the podium,” said Rins following his third-successive race crash in 2021.

“But then you saw a perfect start, good laps in the beginning.

“Then it started to rain, we risk a lot, all that riders because it was big, big, big water.

“Then I exited from the box, usually in that corner in the practices we don’t use the brake when we exit, and this time I braked a little bit with the front to turn and I lose the front.

“Then I go inside to change again the bike and we start with medium/soft, but the biggest problem was the dry set-up for the wet bike.

“I struggled a little bit the first laps to warm the tyres, but in general I was feeling the bike was too hard, a bit aggressive and I lost the front again.”