Reigning MotoGP world champion Francesco Bagnaia will race with the #1 plate in 2023, which he revealed at Ducati’s livery launch on Monday.

Bagnaia ended a 15-year title drought for Ducati dating back to 2007 last season, when he clinched the championship at the final round of the campaign.

The Valentino Rossi protégé had to overturn a 91-point deficit at the midway stage of the season to win the title, making him the first rider in MotoGP history to have staged such a comeback.

Stepping up to the factory Ducati squad in 2021, Bagnaia is contracted to the Italian manufacturer through to the end of 2024.

For this season, Bagnaia will be joined by Enea Bastianini, who has been promoted from Gresini Racing after a breakout 2022 in which the 2020 Moto2 world champion won four races and finished third in the standings.

At its launch in Italy on Monday morning, Ducati unveiled the colours it will race this season, with Bagnaia revealing for the first time his choice of the #1 plate – having previously raced #63 since he stepped up to MotoGP in 2019.

Bagnaia is the first rider since Casey Stoner in 2012 to run the #1 plate for their title defence season. 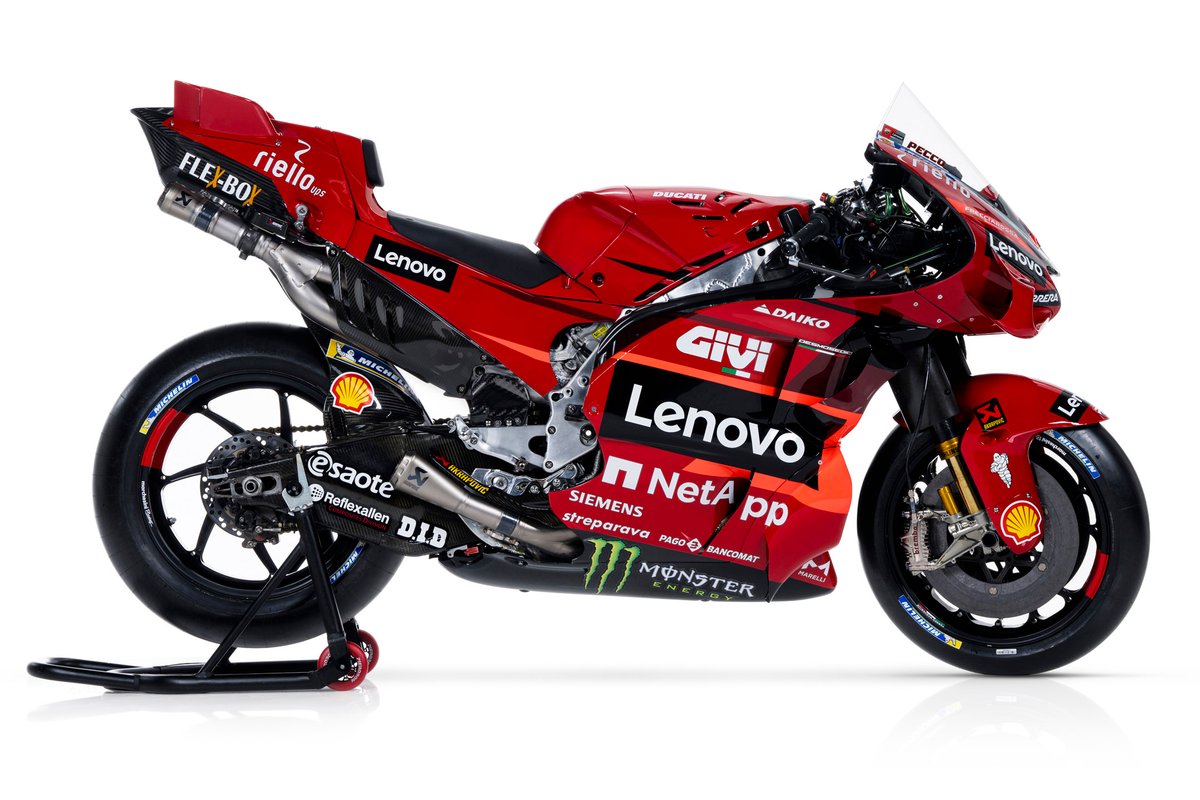 While the reigning champions’ colours for 2023 haven’t changed much from 2022, it has gained sponsorship from Monster Energy.

Ducati has inherited this from Suzuki, which quit MotoGP at the end of last year, and has forced Bastianini into a change of backing having previously raced as a Red Bull athlete.

The 2022 season wasn’t without its controversies for Bagnaia and Ducati, with the former involved in a drink-driving incident in Ibiza during the summer break – for which he later apologised. 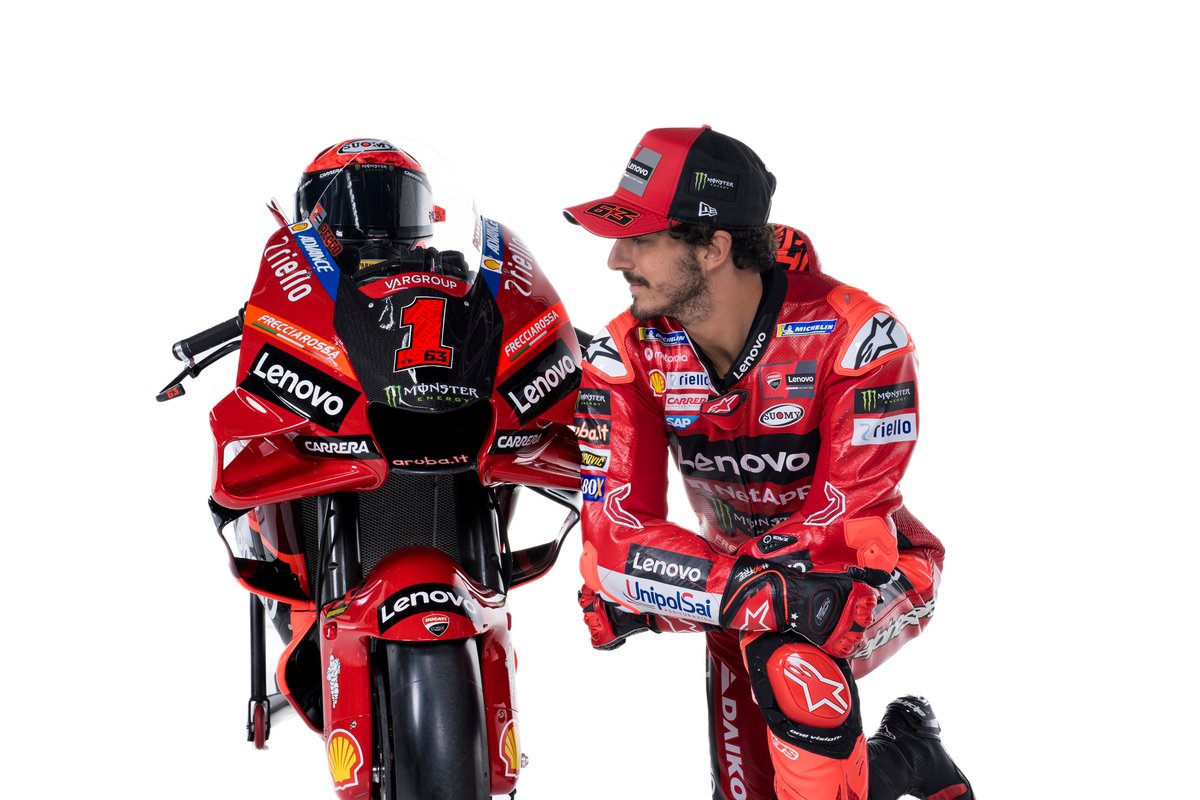 Ducati will increase its racing involvement in the MotoGP world championship this season, as it takes over from Energica as the sole bike supplier for the MotoE World Cup.

It will also continue to field our teams on the MotoGP grid, with the factory squad joined by Pramac Racing, Gresini Racing – who unveiled its new look for 2023 last weekend - and VR46 Racing.