Petronas SRT’s Jake Dixon says it would be ‘unfair’ if the team judged his 2022 MotoGP prospects on his debut British Grand Prix weekend, but isn’t focused on his future.

Dixon has been drafted in at SRT for the Silverstone weekend to stand in for the injured Franco Morbidelli, whose spot was originally meant to be taken over by Cal Crutchlow before he was moved to the factory Yamaha squad to replace the ousted Maverick Vinales.

Former British Superbike Championship star Dixon finished second-to-last in both of Friday’s practice sessions, but made a lap time gain of nearly 1.5 seconds between FP1 and FP2.

Dixon has been linked to a MotoGP move with SRT, which will become a new entity in 2022 following SRT and Petronas’ decision to quit the championship at the end of 2021.

Though it now looks likely SRT’s future line-up will comprise Darryn Binder and Andrea Dovizioso, Dixon isn’t focusing on his 2022 prospects this weekend.

“From all I know, it’s nothing to do to judge me for next year,” he said when asked by Autosport if SRT judging his 2022 MotoGP prospects on this weekend would be unfair.

“It’s purely a wildcard ride. Look, the team has a lot of experience to know about a lot of things, so they wouldn’t just judge me over one weekend because, like you say, it wouldn’t be fair.

“But in this sport, sometimes some people take longer to adapt than others.

“I feel I can adapt quite fast, but how fast I don’t know.

“But I don’t know if it’s going to put me in a good position for the future or not, I’m not too focused on that.

“I’m here to do a good job, my best job I can possibly do and that’s all I can do really.” 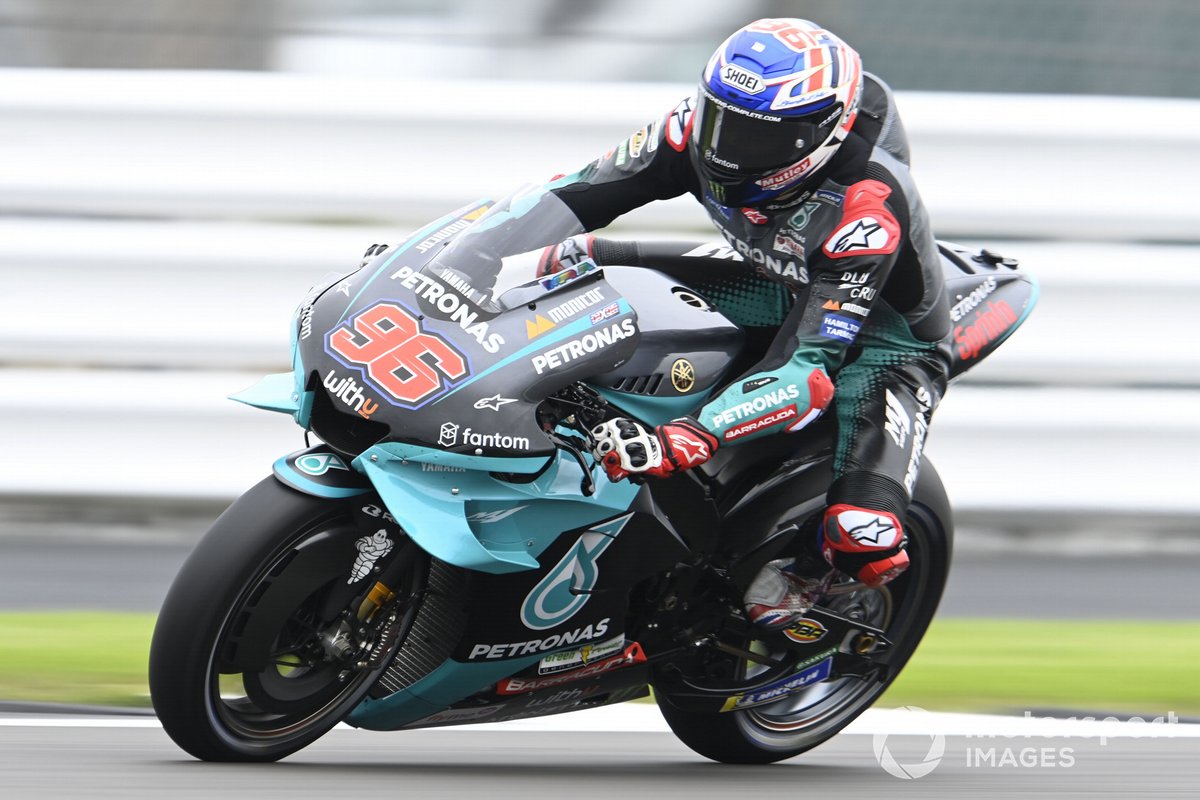 Dixon didn’t do any testing on the Yamaha prior to his debut this weekend, so his first experience of MotoGP machinery was his first laps in FP1 on Friday.

Noting the power of a MotoGP bike is “abnormal”, Dixon says the biggest thing he had to get his head around compared to a Moto2 bike was the throttle response.

“The power is ridiculous, like I can’t even describe to you guys what it’s like without you riding it,” Dixon enthused.

“It’s just outstanding how fast these things are, it’s abnormal.

“But the biggest thing for me was the throttle, the first zero to 30, 40%, how different is to a bike that I have been riding, the way the electronics works on this bike.

“So, that for me was probably the biggest thing to get used to.

“But the speed is obviously fast, the tyre are great and the brakes are good, but that was probably the thing I took most time to adapt to in session one.”