Championship leader Fabio Quartararo soon deposed his countryman with a 2m03.631s as he comes into this weekend’s British GP carrying a long lap penalty following his collision with chief title rival Aleix Espargaro last time out at Assen.

Fuming at the penalty, Quartararo practiced the long lap lane situated at the Loop left-hander moments after he’d gone top of the time sheets.

But his session was interrupted 10 minutes in when his Yamaha cut out as he exited the Loop onto the Brooklands straight.

Quartararo was helped back into pitlane by Ducati’s Jack Miller, while the sister factory Ducati of an under-fired Francesco Bagnaia crashed going through the fast Maggotts section at Turn 4. 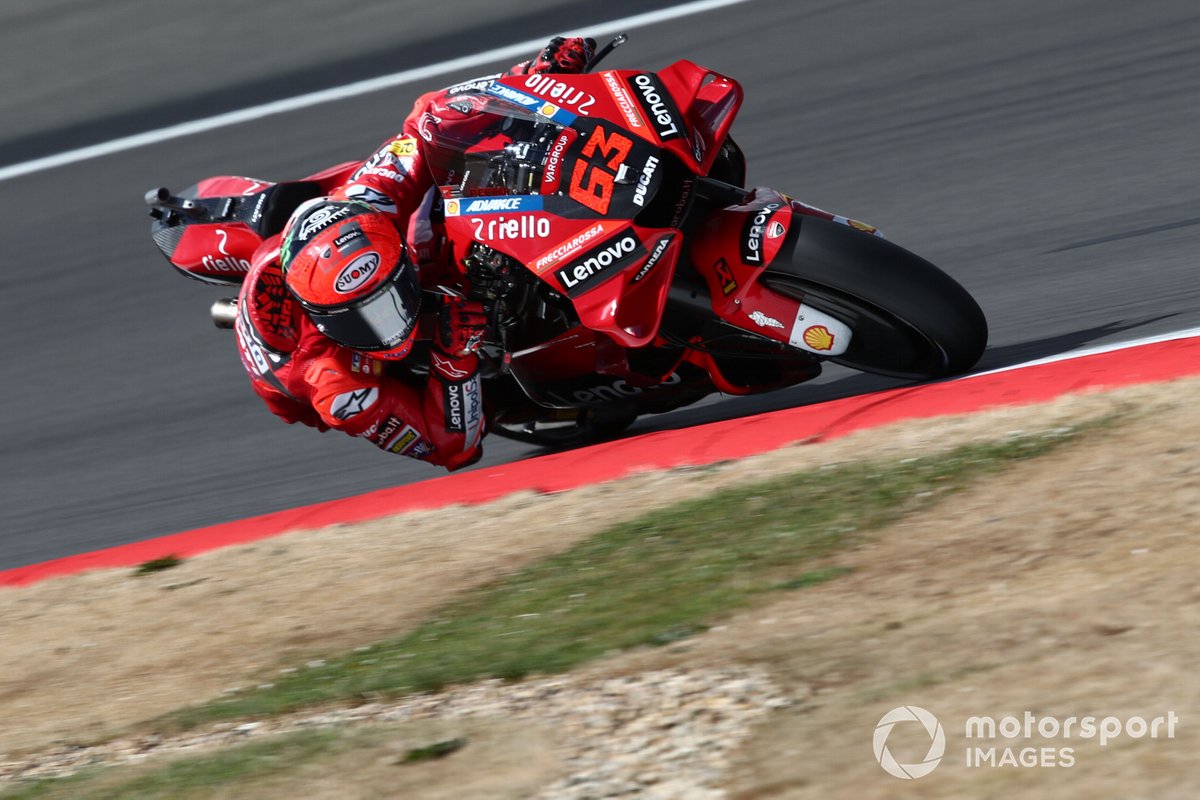 Bagnaia comes to Silverstone off the back of a drink-driving incident in Ibiza at the start of July, which he said on Thursday has not hindered his preparations for the second half of the season.

Quartararo returned to the track on the same bike that stopped, albeit with a new fuel tank fitted.

While Rins did this, Zarco suffered a fast crash into Stowe corner as he lost the front on entry, but managed to walk away unscathed.

He was able to return to the session on his second bike and went fastest of all right at the end with a 1m59.893s – beating Bagnaia by 0.027 seconds, with the pair the only riders breaking out of the two-minute barrier in FP1.

Rins trailed the Ducati duo with a 2m00.220s ahead of Quartararo and LCR Honda’s Takaaki Nakagami. 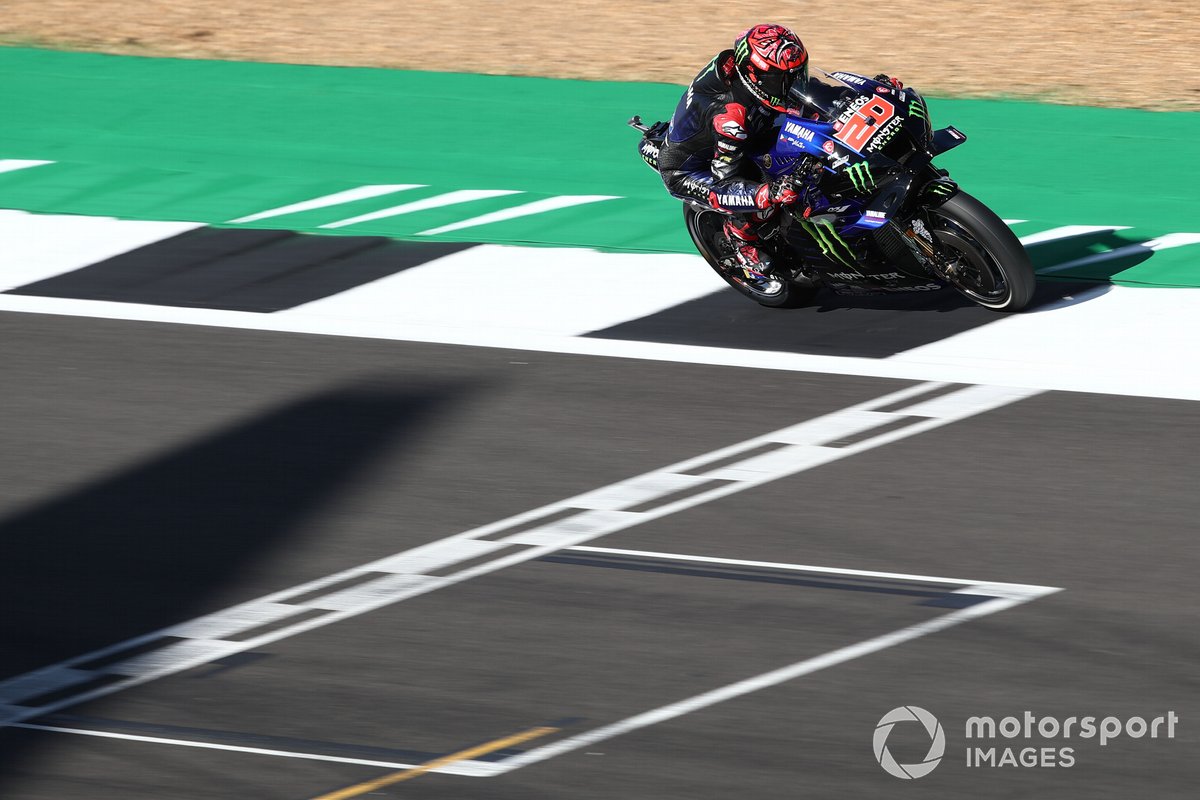 Aleix Espargaro was sixth on his Aprilia ahead of his team-mate Maverick Vinales, while Joan Mir was seventh on the sister Suzuki.

Jorge Martin on the second of the Pramac Ducatis and KTM’s Brad Binder rounded out the top 10, with Pol Espargaro 0.046s outside of the top 10 in 11th on the factory team Honda.

Miller headed VR46 Ducati man Marco Bezzecchi and KTM’s Miguel Oliveira, with Gresini-bound Alex Marquez 15th ahead of the rider he will replace in 2023 Enea Bastianini.

On Thursday, Yamaha announced that Andrea Dovizioso will be retiring from MotoGP at the end of the San Marino GP in September. The RNF Racing rider was 20th at the end of FP1 ahead of factory Yamaha counterpart Franco Morbidelli.