Alex Marquez says his decision to leave LCR for Gresini Ducati in MotoGP next year came as he lost “the motivation” to continue riding the Honda.

The double MotoGP podium finisher made his debut with Honda in 2020, but will switch to Ducati next year after signing a one-year deal to replace Enea Bastianini at Gresini.

After a promising debut campaign, in which he scored his two podiums, Marquez – like all Honda riders – has struggled to replicate this on the RC213V, with the Spaniard currently 18th in the standings on just 27 points.

Outgoing Suzuki rider Alex Rins will replace Marquez at LCR next year after signing a two-year deal directly with Honda.

Speaking exclusively to Autosport on the eve of this weekend’s British Grand Prix, Marquez says he felt both LCR and himself needed a change – and concedes at the time he told the team of his decision to leave, sitting on the sidelines in 2023 was a real option.

“I spoke with Lucio in Sachsenring for the future directly to the team manager, which is the best thing to approach and to see what the people want,” Marquez said when asked what prompted his Gresini switch.

“In that moment I didn’t have anything on the table, so I said to him ‘maybe I will be at home [next year].’

“But I will not keep following a team that I don’t have the motivation for, especially in the bike.

“Honestly [not riding in 2023] was an option because the step to go to Superbikes or another championship was not on the table at that point.

“I said ‘Ok, if I don’t have a space here I will stop for one year and then I will see what the goal is in life’. Luckily, I had this option with Gresini, but to do other things in life was on the table – honestly speaking.” 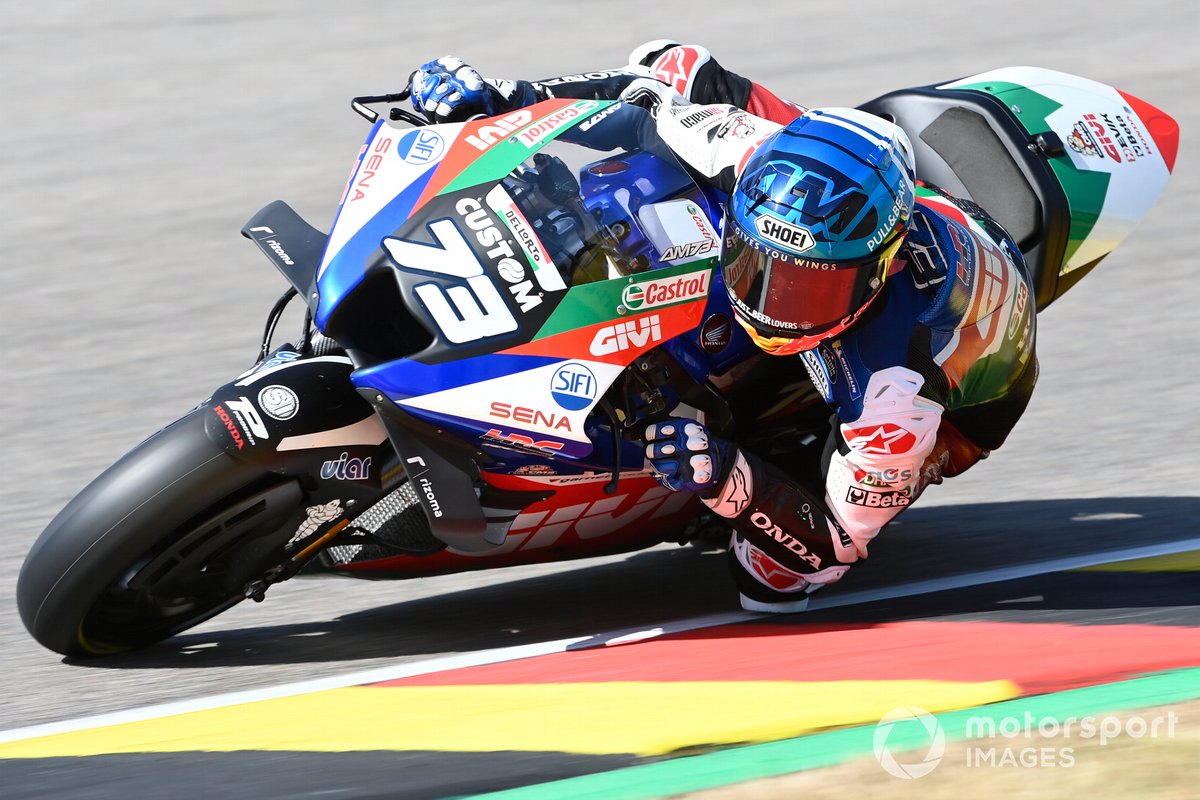 Marquez also noted that Honda was looking to overhaul its line-up and potentially replace him, which only further motivated his decision.

“I think for both parties it was the same feeling, to make a change for them because from Honda also they have felt to change the riders for some reason,” he continued.

“I will not go really into that because I have another opinion.

“But it was also a Honda decision that they wanted to change the riders, to change Pol [Espargaro], to change me, we will see what happens with Taka [Nakagami].

“For me it was really clear to follow in this position was not an option for me.”

Honda in recent weeks has said it has to change its mindset to dig itself out of the nadir it is experiencing currently, which is why it is renewing its line-up for 2023 by bringing in Rins and most likely 2020 world champion Joan Mir at the factory squad.

But Marquez believes that an overhauled line-up won’t be the magic bullet to fixing Honda’s problems when testing in MotoGP is now so limited.

“I mean, in the end it doesn’t matter if they are coming from Suzuki, Yamaha, Ducati. In one test [at the end of the season], you will not change the bike for next season,” Marquez said when asked if he thinks Suzuki riders will make the difference Honda hopes they will.

“But I think now they are trying to go in the correct way and we will see what we have from now till the end of the season.”