Reigning MotoGP world champion Joan Mir says his motivation has not been altered by the return of six-time premier class title-winner Marc Marquez at the Portuguese Grand Prix.

In Marquez’s absence in 2020 through injury, Mir and Suzuki ended his domination of the world championship – though Mir had the legitimacy of his title repeatedly questioned because he won it without Marquez present.

These were claims both riders dismissed.

Marquez returned to action after a nine-month layoff on Friday at the Algarve International Circuit and ended the day sixth overall, while Mir was third.

Mir admits he wasn’t surprised to see Marquez go strongly straightaway as it was “the only thing I expected from him”.

“I was not surprised by Marquez's performance, we know that here the Honda works well and they are all fast,” Mir said. “And the potential that Marc has, that he has reached 100% and can push.

“He clearly knows how to ride a MotoGP bike and it is normal that he is going that fast.

“I'm not surprised by anything, because of everything he has done, the only thing I expect from him is to be at that level.”

When asked if Marquez’s return in 2021 provided him with extra motivation in his title defence, Mir added: “It doesn't motivate me or stop motivating me, I'm at 100% and with what I have I try to give the maximum.

“What the others do is their problem, I try to give the maximum and go home satisfied.” 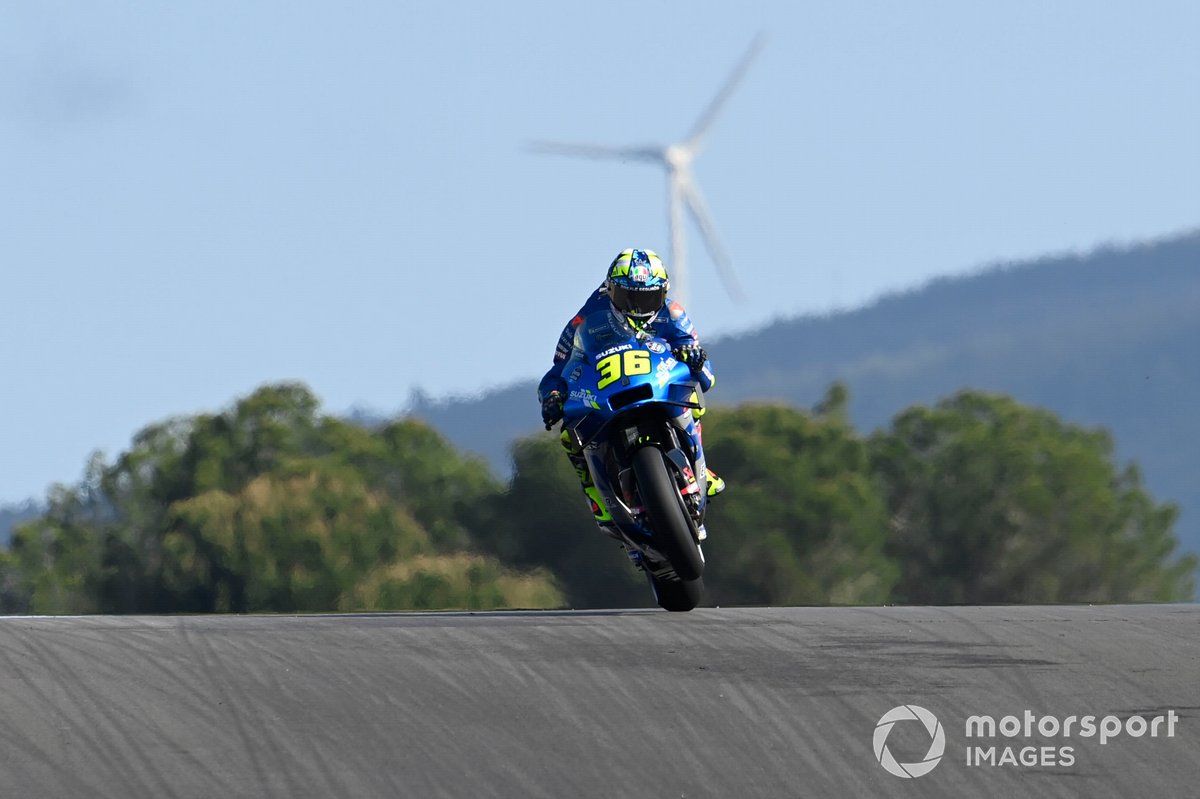 Both Suzuki riders had strong showings on Friday at a venue both endured difficult races at last season, with Mir and Alex Rins inside the top five following FP2’s qualifying simulation.

Mir doesn’t believe the GSX-RR is at an advantage over the rest of the field at the Portimao venue, but notes the bike is “good at everything at this circuit”.

“I don't think we have a big advantage at any point, but we are good at everything at this circuit,” Mir explained.

“This makes the base of the bike good, I don't know what we are better at than the others, because I don't know.

“But we just put the bike on the track and both riders went fast.

“The biggest flaw [of the bike] is the qualifying and here, so far, it has worked.”