Ducati’s Francesco Bagnaia led Fabio Quartararo on the Yamaha in FP2 for the MotoGP Portuguese Grand Prix, while the returning Marc Marquez was sixth after a dramatic final lap.

Despite a sprinkling of light rain ahead of the session, the track filled up straight away at the start of FP2.

However, Takaaki Nakagami’s session was halted at start of his first flying lap when he suffered a terrifying crash over the crest of the hill on the run down to Turn 1.

The LCR rider was taken to the medical centre of checks, where he was found to have escaped serious injury and returned to action in the final 10 minutes of the session.

World champion Joan Mir set the early pace on his Suzuki with a 1m41.809s, before Yamaha’s Fabio Quartararo took the first of his stints at the top of the timesheets with a 1m41.309s 32 minutes from the end.

Top spot changed hands several times over the next 15 minutes or so, with Ducati’s Francesco Bagnaia the first to depose Quartararo with a 1m41.052s.

Last year’s Portugal race winner Miguel Oliveira guided his KTM to a 1m41.038s nine minutes later, before Alex Rins raised the benchmark to a 1m41.020s on his Suzuki a few moments later.

Quartararo broke the 1m41s barrier about a minute after Rins went top, the Doha GP winner firing in a 1m40.990s before improving to a 1m40.952s. 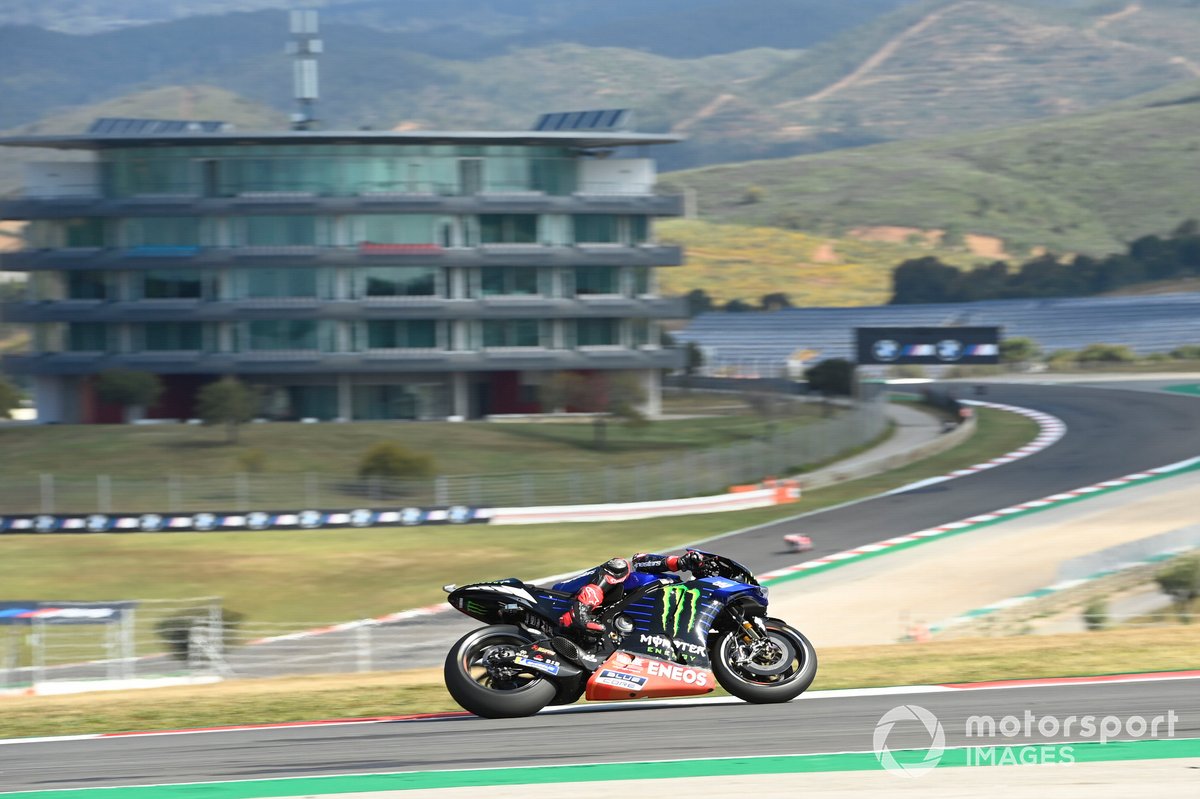 Aprilia’s Aleix Espargaro put in the first headline lap on a fresh soft slick with 11 minutes remaining, the Spaniard edging ahead of Quartararo with a 1m40.907s.

This came under threat in the final seven minutes when the rest of the field put in their time attack efforts.

Mir’s run at the top lasted only a moment, as Bagnaia blitzed the field with a 1m39.866s on his Ducati.

Quartararo managed to slash his deficit on his final lap, but came up 0.038s short – though that lap was cancelled for a yellow flag infringement, with Bagnaia’s advantage rising back up to 0.340s.

Mir completed the top three ahead of Suzuki team-mate Alex Rins, while Jack Miller was fifth on the second works team Ducati.

Marc Marquez was 0.473s off the pace in sixth after a wild final lap, in which he got his Honda out of shape on the run into the Turn 7 right-hander on his way to firing in a 1m40.339s to end his first day back on a MotoGP bike in nine months in a provisional Q2 place. 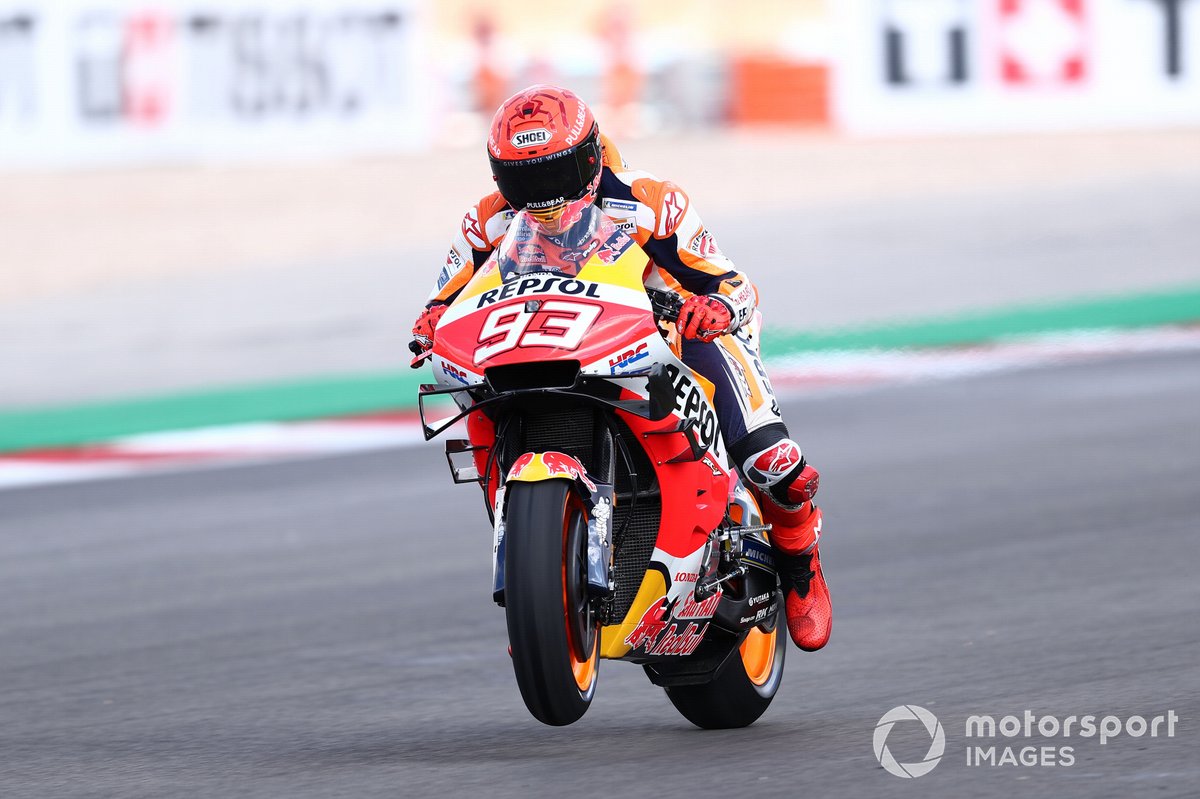 Maverick Vinales was seventh on his Yamaha, with championship leader Johann Zarco eighth despite his Pramac Ducati bursting into flames after the chequered flag while he was attempting a practice start.

The top 10 was completed by Oliveira and Nakagami, who heroically lifted himself up with a 1m40.611s to beat LCR team-mate Alex Marquez.

Pol Espargaro was only 12th on his factory Honda, with Aleix Espargaro slipping to 14th after a late crash at Turn 11.

Doha GP podium and poleman Jorge Martin (Pramac) was 3.055s off the pace down in last, while Petronas SRT’s Franco Morbidelli was 19th after seemingly electing not to do a time attack late on.