MotoGP world champion Joan Mir says he’s “looking like the bad guy in a film” over comments he made about the Fabio Quartararo suit incident at the Catalan Grand Prix.

Quartararo rode the final laps of the Barcelona race two weeks ago with his Yamaha leathers open after an apparent issue – though an investigation by Alpinestars found no problems with his race suit.

Suzuki rider Mir was critical of Quartararo throwing away his chest protector, saying at the time that the Frenchman endangered the riders around him when he discarded it and this warranted punishment.

Quartararo was later hit with a controversial three-second time penalty for the incident, which dropped him to sixth in the race result.

Mir has since clarified his comments, saying at the time he’d only seen one replay but feels he is being singled out for simply being honest.

“Yes, I'm probably looking like the bad guy, but I don't think I'm saying anything that we don't all think,” he said on Friday at the German GP.

“I don't want Fabio to be penalised and I don't think anyone else does.

“The only thing I said was that if he had really taken off his breastplate, that was dangerous.

“But if later, when you look at the images, you can see that it fell off, that's another story.

"It's true that I'm looking like the bad guy in the film, but I'm just trying to be honest, say what I think and always be objective.” 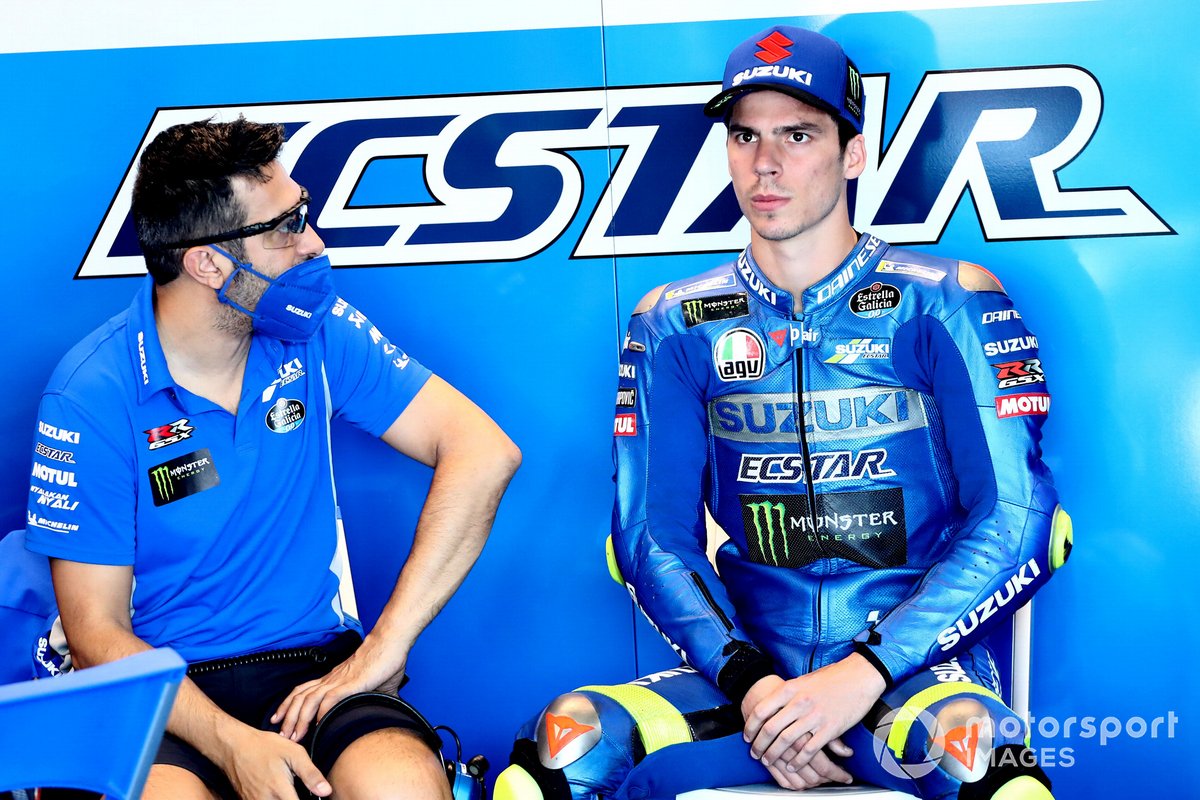 Mir ended Friday’s running at the Sachsenring down in 16th having encountered “some trouble with feeling” on his Suzuki in the hot afternoon conditions.

However, he doesn’t believes his position reflects his true potential and feels he made a mistake on his time attack run by using the medium front tyre instead of the hard.

Team-mate Alex Rins had a far more enjoyable day, ending up fourth fastest despite having surgery on a broken right arm just two weeks ago.

“Looks a bit difficult but I’m quite happy because putting away the pain I was able to complete all the programme, I was able to make the tests with the different tyre compounds, different set-ups,” Rins said.

“So, I’m quite happy for this. In terms of the hand, I felt a bit of pain, for sure a lot on corner three, change of direction to corner four, five, on hard brakes.

“From FP1, to FP2 I didn’t take any painkillers and I was struggling a little bit.

“But this track is one I really enjoy and I was able to be quite fast.

“I will take one [painkiller] today to sleep, because it looks a bit inflamed.