Ducati’s Jack Miller admits he is ‘enjoying’ being tagged as a favourite for the 2021 MotoGP world championship following a strong pre-season test in Qatar.

Miller ended the five-day Qatar pre-season test fastest on the combined times after setting an unofficial lap record of 1m53.183s as he began life as a factory Ducati team rider.

The Australian was one of a handful of riders who completed a full race simulation during the test, demonstrating a strong pace of consistent mid 1m54s.

PLUS: What we learned from MotoGP pre-season testing in 2021

This has led many to place Miller and Ducati as title favourites ahead of the opening round of the 2021 campaign in Qatar in two weeks’ time.

Miller admits this is “a fantastic feeling”, but insists both he and Ducati need to “keep our feet on the ground”.

“I mean, I enjoy it a lot,” he said of the title favourite tag.

“It hasn’t really happened to me ever in MotoGP, so it’s a fantastic feeling.

“But the biggest things is to keep our feet on the ground, keep working towards the goal.

“The end of the season is such a long time from Qatar 1 and when we’re finished, so many, many things can happen.

“I think the biggest thing this season is to not get hung up on anything bad that’s going to happen and just focus on trying to be better each time.” 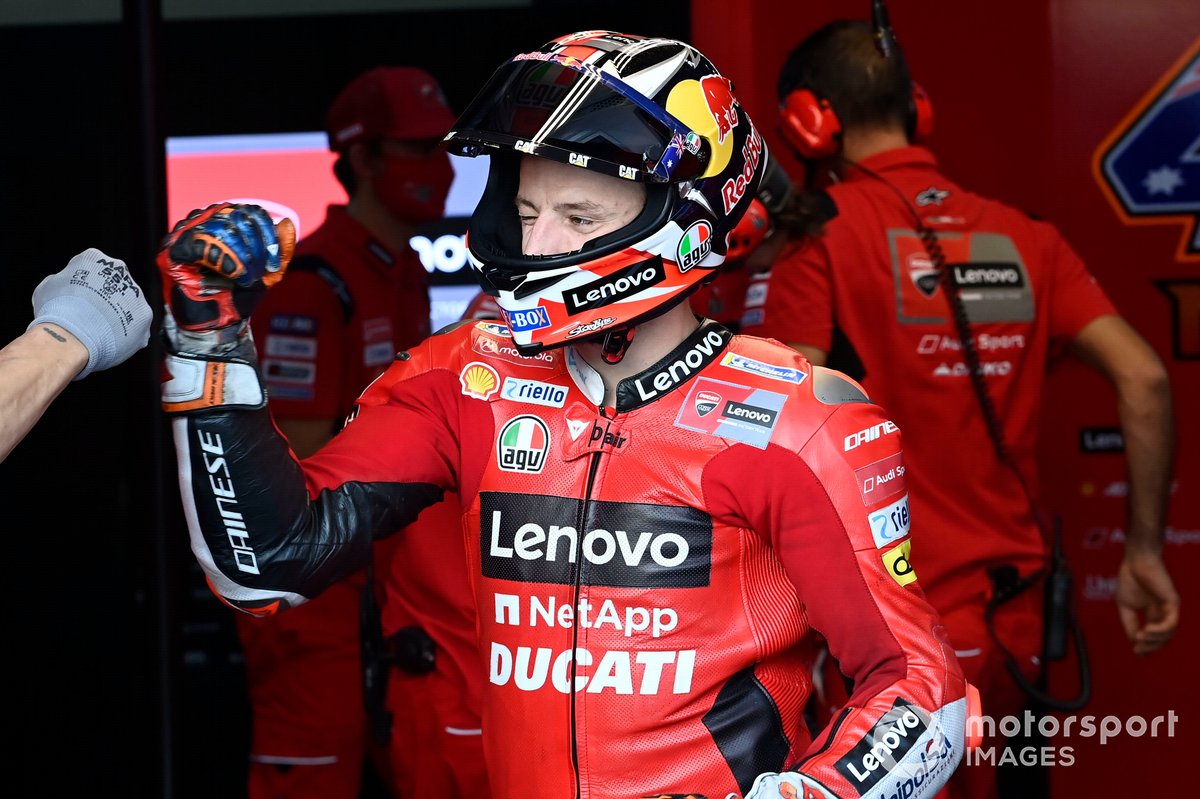 Ducati has won the last two Qatar Grands Prix, while Miller is yet to register a dry MotoGP victory following his maiden success in a wet Dutch TT for Marc VDS back in 2016.

RETRO: Giant-killers: When Jack Miller proved he wasn't "an idiot" and made MotoGP history

When asked by Autosport if this year’s Qatar double-header represented his best opportunity to score his first dry MotoGP win, he said: “We had some close chances last year, but best chance to date, let’s say that.

“I don’t want it to be a one and done sort of thing, it’s something I’d like to build on.

“I feel prepared, as prepared as I can be for the grand prix here, and as I said the race sim went pretty well.

“And then apart from that, I feel like we’ve done all the work.

“Everything I’ve needed to test and get through I have done.

“And everything I wanted or needed from the bike we’ve sort of found a way around it to give me the best feedback.”

Explaining what the main positive from the Qatar test is for him, Miller added: “Just my confidence in the front end of the bike to be honest, how I’m really able to let the brakes off and let the bike really roll and carry some decent corner speed.

“I haven’t really had that confidence in this thing ever, and especially with the faster corners – 13, 14, 15 – the transfer from 13 to 14, just letting the brakes off and letting the bike hook-in the turn, it feels fantastic.

“So that’s the biggest bonus for me riding here in Qatar, really being able to take the maximum out of the track, using all the track, using kerbs on both the outside and inside and really making the most of it.”

Tank Slappers Podcast: Who is in the best shape after MotoGP testing?