Brad Binder believes KTM’s Qatar pre-season test struggles with its new MotoGP bike “look worse on paper than in reality” ahead of the 2021 season.

KTM was one of two brands allowed to start 2021 with a new engine design, but remained largely anonymous on the timesheets and through the speed traps.

Double race winner Miguel Oliveira was KTM’s top rider on combined times, but was 1.3 seconds off the pace set by Ducati's Jack Miller in 16th, while Binder was 1.5s off in 17th – with the new RC16 engine 10km/h down on the fastest Ducati in a straight line.

PLUS: What we learned from 2021 MotoGP pre-season testing

Oliveira conceded last Thursday KTM was ‘hitting a wall’ in terms of performance, while Binder explained the layout of the Losail circuit was stopping it from utilising the strengths of the RC16.

However, the South African is also confident KTM’s struggles aren’t as bad as they seem.

“It was unfortunate for sure to lose the final day of testing [to windy conditions],” he said after the test. 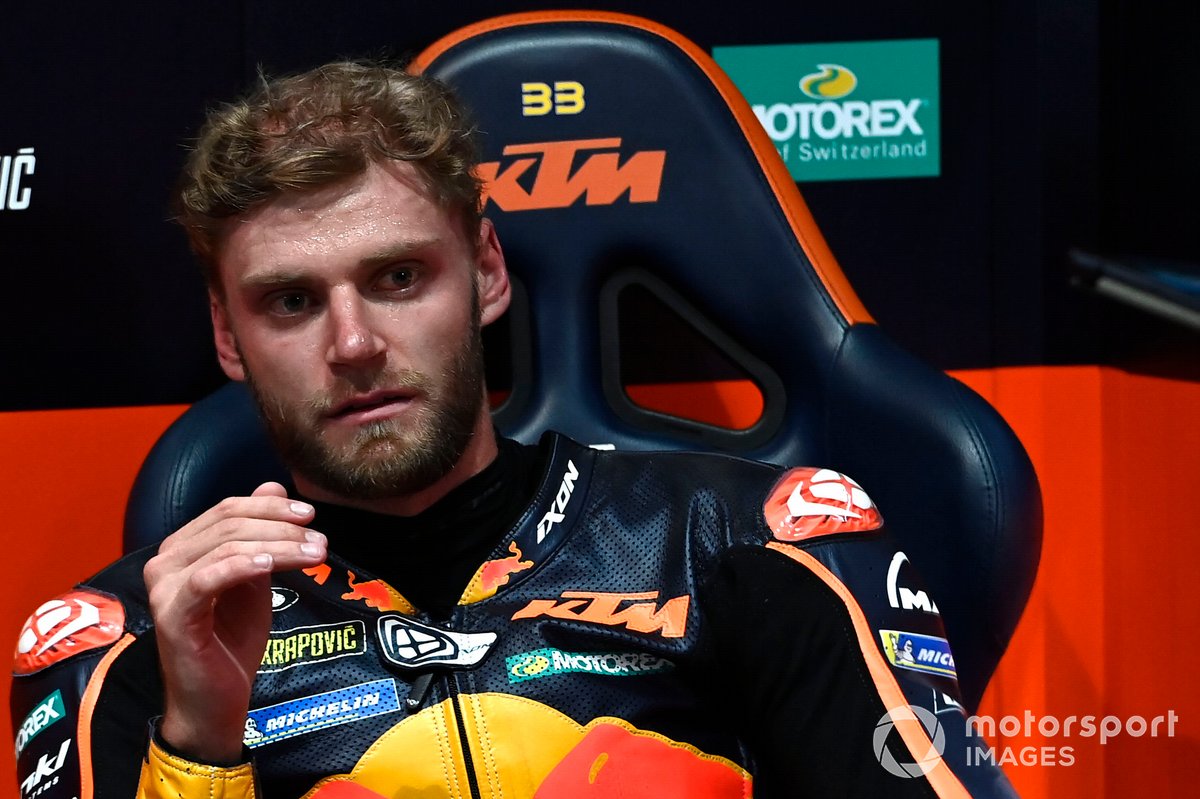 “I believe things are a lot worse on paper than they are in reality, or at least what they will be on the race weekend.

“It has been a little bit challenging for us KTMs, we know this layout doesn’t suit us quite well. But nevertheless, we have good ideas and I’m sure we’re going to get much closer to the front than we are at the moment.”

Binder – who crashed on three of the four days of running - says the wasted final day of the test stopped KTM from trying "about three items" it had in the pipeline, but said he was relaxed about this as the "our test team has already tried them and they are all items that were positive".

“I think it’s quite safe to say we should try them over the race weekend, which they should work," Binder added.

“That’s one great thing. We lost today [Friday], but we also lost a lot of track time with me falling off all the time, so [I'm] a little bit disappointed with that one, but that’s life.

“For the life of me, I couldn’t stay on the first three days, but yesterday I completed a day without crashing, which was great. I only see positive from here.”