Honda MotoGP rider Marc Marquez is certain his 10-year German Grand Prix victory streak will end on Sunday as he’s “not here to win”, but hasn’t ruled out a podium.

Marquez hasn’t been defeated at the Sachsenring since his first season in the 125cc class back in 2009. Many had predicted prior to the weekend that he could keep the streak going and secure his first win since the arm injury that put him out of the 2020 campaign, as the track's anti-clockwise nature of the track is less physically demanding.

The Honda rider himself expected this weekend to be his first “without physical limitations”, though admitted after Friday’s running that he had struggled more than he expected in this regard.

Despite showing strong race pace in FP4 on Saturday and qualifying just three tenths off poleman Johann Zarco in fifth, Marquez says “we can’t think about victory because there’s nowhere to take it”.

When asked about his pole streak at Sachsenring coming to an end, Marquez said: “I didn't feel bad about not taking pole because I wasn't aiming for it at any point.

“Coming from two circuits where I almost didn't even get into Q2, the objective was to fight and to be closer to the front and we achieved that.

“The streak of pole positions is over and tomorrow the streak of victories will be over, we are not here to win. But let's see if we can be closer to the front, which is the objective.”

“The top five is an objective that can happen, but it also has to happen a little bit.

“The podium is not completely out of the question, but it has to be the perfect race, which is sometimes difficult to achieve.” 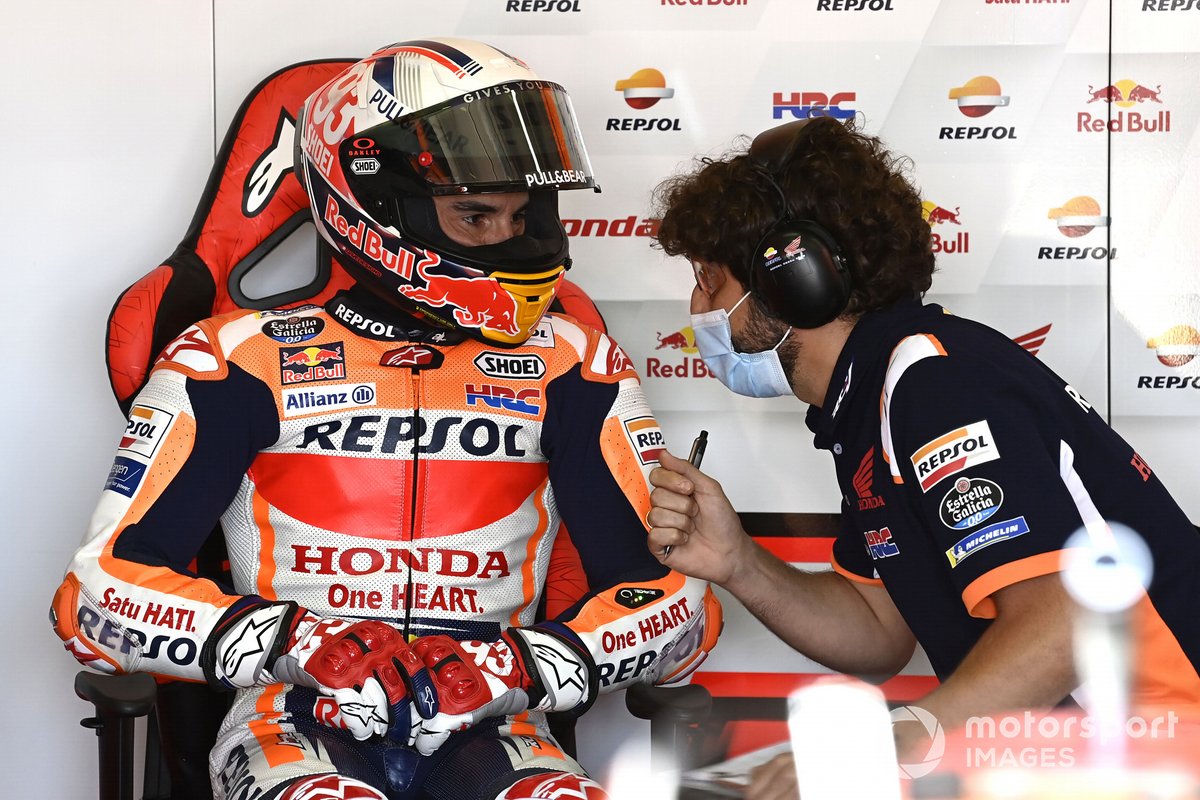 Marquez believes Zarco on the Pramac Ducati, second-placed Fabio Quartararo on the Yamaha and KTM’s Miguel Oliveira in sixth “have better pace” than him.

He admits finishing as close as possible to them inside the top five “would be a good day”, while noting the Honda isn’t as good at the Sachsenring in 2021 as it has been in the past.

“There are three riders, Zarco, Quartararo and Oliveira, who have better pace and in the race they [can] go a step further,” he explained.