Pramac’s Johann Zarco snatched pole by 0.011 seconds from Fabio Quartararo despite a crash in a dramatic MotoGP German Grand Prix qualifying at the Sachsenring, while Maverick Vinales was 21st.

Qualifying was delayed by nine minutes due to a power outage in pitlane affecting several garages, including the Honda box.

Marc Marquez set the benchmark in Q2 with a 1m20.567s, with Quartararo slotting in behind on the factory Yamaha.

However, Quartararo’s 1m20.750s was scrubbed because he exceeded track limits on the exit of the Sachsen Kurve left-hander at Turn 12.

This proved of little consequence to the Frenchman as he went top on his following lap with a 1m20.437s, which would stand as the time to beat until the closing stages.

Frustrated by traffic at the start of his second run, Quartararo dug deep in clear air and cemented his top spot with a 1m20.247s.

This was beaten immediately by Zarco on the Pramac Ducati, who set a 1m20.236s just seconds later.

Zarco’s charge came to an end at Turn 4 when he crashed, putting his first pole since Brno 2020 under threat.

Quartararo backed out of his final effort in the end, ending his run of five straight pole positions and resigning him to second as the only Yamaha rider inside the top 15 on the grid.

Aprilia’s Aleix Espargaro felt a strong qualifying would pave the way for a podium charge at the Sachsenring and has strengthened his hopes after scoring his first front row since Assen 2015 - Aprilia’s first in the modern MotoGP era. 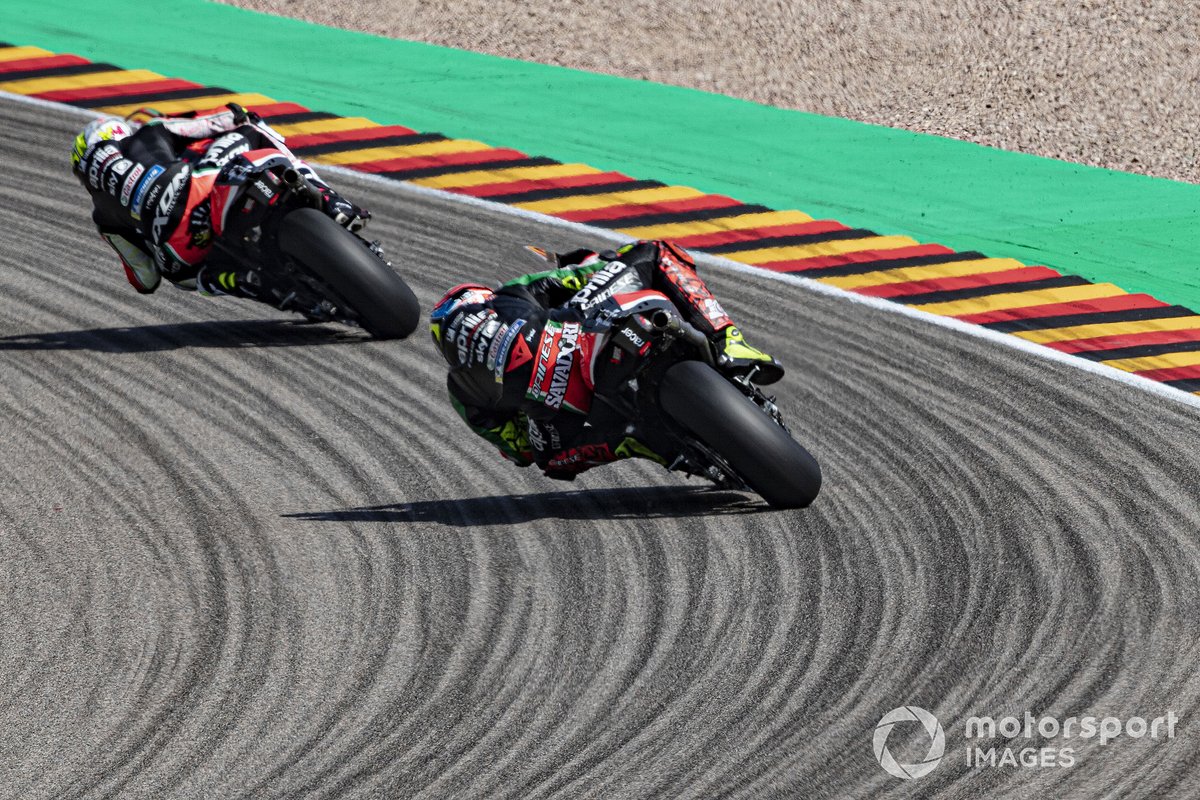 Jack Miller on the factory team Ducati lit up the timing screens on his final lap having elected for a three-run strategy in Q2, but a moment at the final corner scuppered the lap and kept him in fourth ahead of Marquez.

KTM’s Miguel Oliveira completed the top six but could face questioning from the stewards for cruising on several occasions in Q2.

Jorge Martin will start seventh on his Pramac Ducati ahead of Pol Espargaro, who came through Q1 on his Honda.

A crash for LCR’s Takaaki Nakagami late on stopped him from improving on ninth, with Francesco Bagnaia 10th on his Ducati ahead of Q1 pacesetter Alex Rins (Suzuki) and the sister LCR Honda of Alex Marquez.

The major shock of Q1 came from Maverick Vinales on the factory Yamaha, who registered his worst-ever MotoGP qualifying result of 21st.

Crashing late on in FP3 and dropping into Q1, Vinales struggled all session for speed and was caught out in the latter stages by yellow flags for crashes for Franco Morbidelli and Iker Lecuona.

He will line up on the back row of the grid ahead of only Aprilia’s Lorenzo Savadori, who crashed the penultimate corner in Q1. 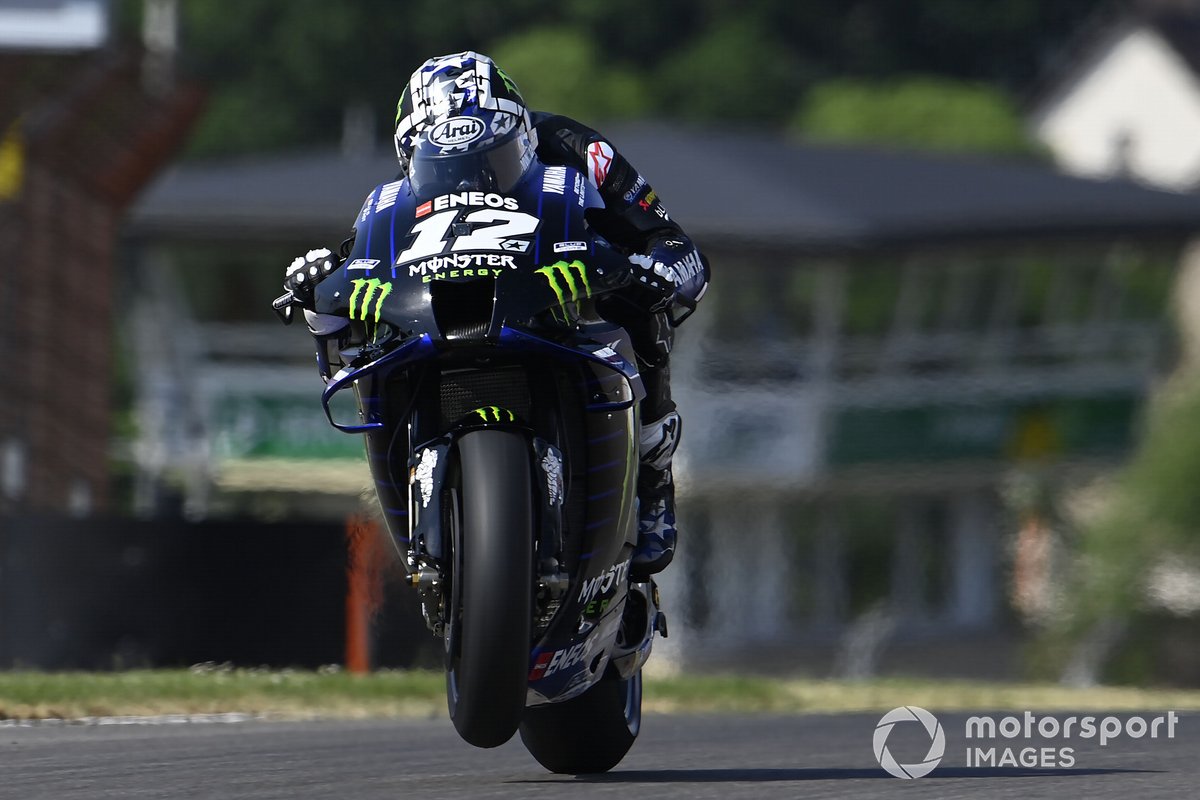 World champion Joan Mir fared little better, the Suzuki rider a lowly 17th after having a lap cancelled – although his scrubbed lap wasn’t good enough anyway to get him on par with Rins.

Brad Binder missed a place in Q2 by just 0.036 seconds on the factory KTM, with Avintia rookie Luca Marini trailing him in 14th and his team-mate Enea Bastianini 15th – having copped a middle finger from Tech3’s Danilo Petrucci for seemingly baulking him on a flying lap.

Valentino Rossi was 16th on his Petronas SRT M1, just ahead of Mir, with Morbidelli only 18th after his crash at the last corner while on a quick lap.

Petrucci and Lecuona were 19th and 20th and unable to take profit of the new KTM chassis both are running this weekend.