American gymnast Biles backed out of the majority of her Olympic events in Tokyo over the past week to prioritise her mental health, having struggled with something known as ‘the twisties’ – which is when a gymnast loses sense of direction while performing twists.

She competed the beam final and won bronze, while her decision to prioritise her mental wellbeing was met with widespread praise.

Honda rider Marquez says he can understand her situation a little as it was similar to the expectations and then criticisms he faced upon his return to MotoGP from the serious arm break which ruled him out of 2020.

“Of course, Simone is a great athlete but also has a strong character to take that decision,” Marquez said on Thursday ahead of the Styrian Grand Prix when asked about Biles.

“Some of the athletes just accept the pressure and try to manage.

“But she just showed we really feel sometimes.

“It’s true on that case sometimes it’s difficult to manage and I can understand that feeling, because it’s like when I come back from my injury, it’s totally different but some people expect that I would arrive and win. 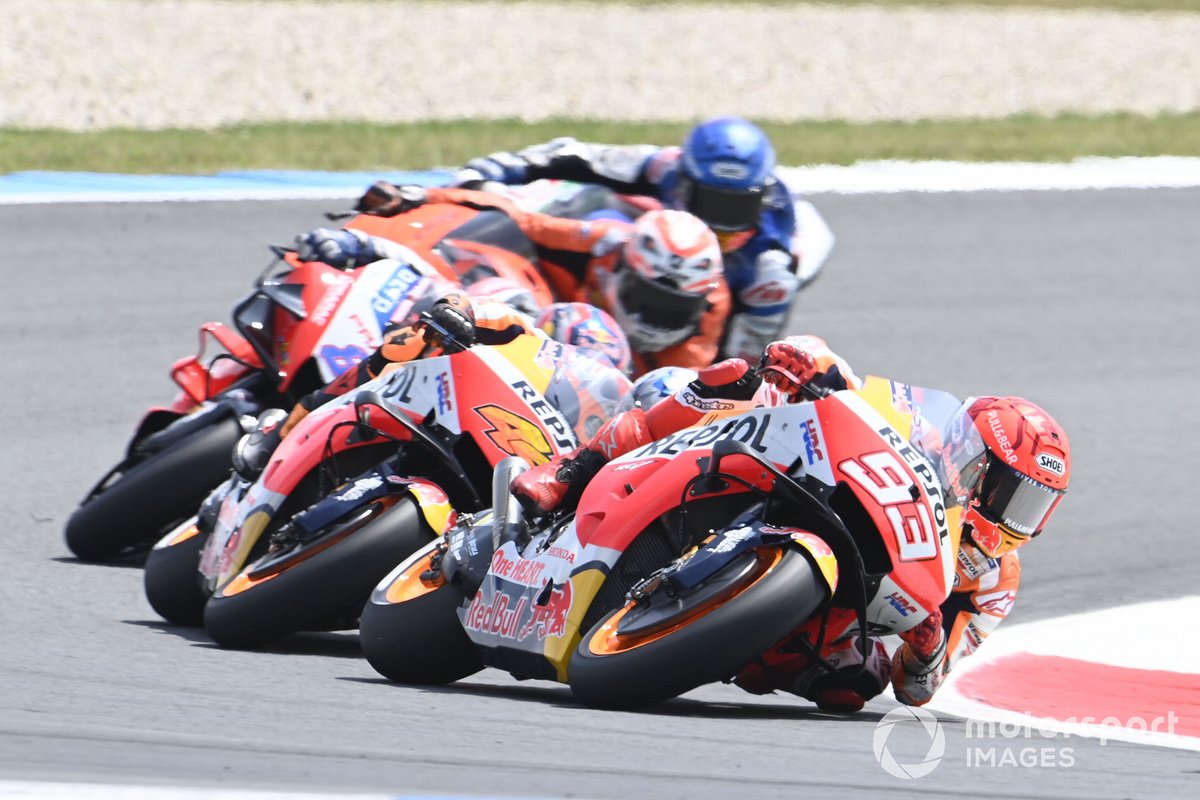 “Or when I struggled a lot in Jerez, Le Mans, Mugello, I started to have to listen to many comments.

“Maybe you are preparing four years for the Olympics and you just have one day, and in one minute you will decide if your work is enough or not and the pressure is more.

“It’s another part of our job. Many people are really good in training, but in the competition day they struggle.

“Why do you struggle in the competition?

“[It’s] because you need to understand how to manage the pressure and manage all these kinds of things.

“But to take that decision, when I heard that it was impressive, but I respect it and I understand that decision. But it’s something you need to be ready to approach.”

Marquez also said on Thursday that he returned to “normal life” during the summer break in terms of his training regime and expects to be much stronger in Austria than he was at the previous Dutch TT – though admits he is still not 100% fully fit.