Marc Marquez says his emotional comeback victory at the MotoGP German Grand Prix "makes up for the suffering" he endured with injury over the past year.

The Honda rider resisted pressure from KTM's Miguel Oliveira in Sunday's 30-lap Sachsenring race to claim his and Honda's first MotoGP victory in 581 days since the 2019 Valencia GP.

It comes after Marquez was forced to sit out the 2020 season with a badly broken right arm, which required three operations and has severely affected his everyday life.

On the bike since his return to action at Portuguese GP, Marquez has struggled to ride in his normal style as he battles with a lack of power in his right shoulder.

These problems weren't as evident at the Sachsenring due to the circuit's anti-clockwise nature, which contributed to Marquez extending his German GP winning streak to 11 across all classes.

Going forward Marquez is under no illusion that things will be easier now, but admits his Germany win has acted as "extra motivation" for both himself and Honda.

"This victory makes up for the suffering," Marquez said.

"It's not that it's all over here, but after going through such a bad time for so long you see that things are coming, that it's not impossible, it's extra motivation.

"I must admit that both myself and Honda were in reserve and we have filled the tank, it will give us a boost for the next races.

"In Holland we will be back to reality, but I hope that after that I can have some good races." 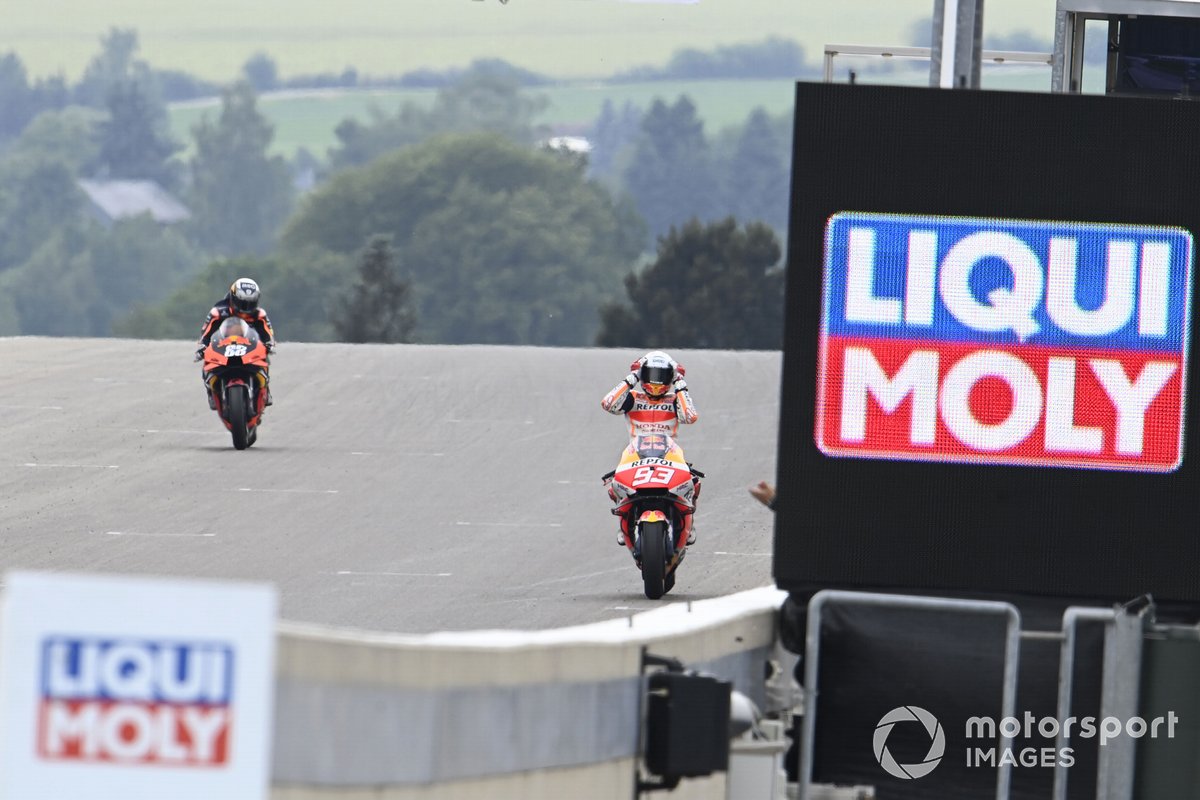 Marquez said after qualifying that he couldn't think about victory but was confident he could have a strong race and perhaps challenge for the podium.

Having crashed out of a commanding lead in the flag-to-flag French GP, and given his record at the Sachsenring, Marquez admits he was "afraid of losing a golden opportunity" on Sunday in Germany that he was unsure when again he'd have it.

"There was pressure this weekend, but I also put pressure on myself," he added.

"When you don't have pressure sometimes it's easier to fail, today I was afraid of losing a golden opportunity that I don't know when I'll have it again.

"I missed it at Le Mans, and I didn't want to lose it again.

"It wasn't about winning, it was just about having a decent race and being on the podium, that was the pressure I put on myself today."

Marquez said immediately after the race in parc ferme that he found it difficult to concentrate in the race as he kept thinking about the tough times he'd endured with the injury.