Honda’s Marc Marquez beat Miguel Oliveira in a tense German Grand Prix to seal a stunning comeback MotoGP victory following the career-threatening arm injury which ruled him out of 2020.

Marquez is unbeaten at the Sachsenring since 2010 but admitted on Saturday that he couldn’t think about extending that run.

However, 581 days after his last victory at Valencia in 2019, Marquez resisted a strong charge from KTM’s Miguel Oliveira to end Honda’s win drought in the premier class.

Aleix Espargaro transformed Aprilia’s first front -ow start of the modern era into the holeshot off the line as Marquez muscled his way past Fabio Quartararo into second.

Marquez dived up the inside of Espargaro at the final corner to take the lead, though the Aprilia retaliated at the left-hander Sachsen Kurve at Turn 12 next time around to return to the front of the field.

Espargaro couldn’t hold the place, though, as Marquez came steaming back up the inside of the Aprilia at the last corner.

Behind Ducati’s Jack Miller moved into third on lap eight ahead of Johann Zarco on the Pramac GP21, with Miguel Oliveira following the Australian through soon after.

Miller and Oliveira demoted Espargaro down to fourth in the opening two turns of the 10th tour as Quartararo had been pushed back to sixth and was having to fend off the other factory KTM of Brad Binder.

Spots of rain began to fall on the Sachsenring circuit on the eighth lap, with Marquez using this moment to bolt in anticipation of a flag-to-flag scenario.

By lap 10 Marquez had moved 1.5s clear of the field as Oliveira led the charge on the Honda man on lap 11 after overtaking Miller at the Sachsen Kurve.

The rain didn’t worsen over the new few laps, with Marquez’s lead extending to two seconds by lap 15 as Quartararo started to work his way back towards the podium places by passing Zarco and Espargaro on laps 10 and 17. 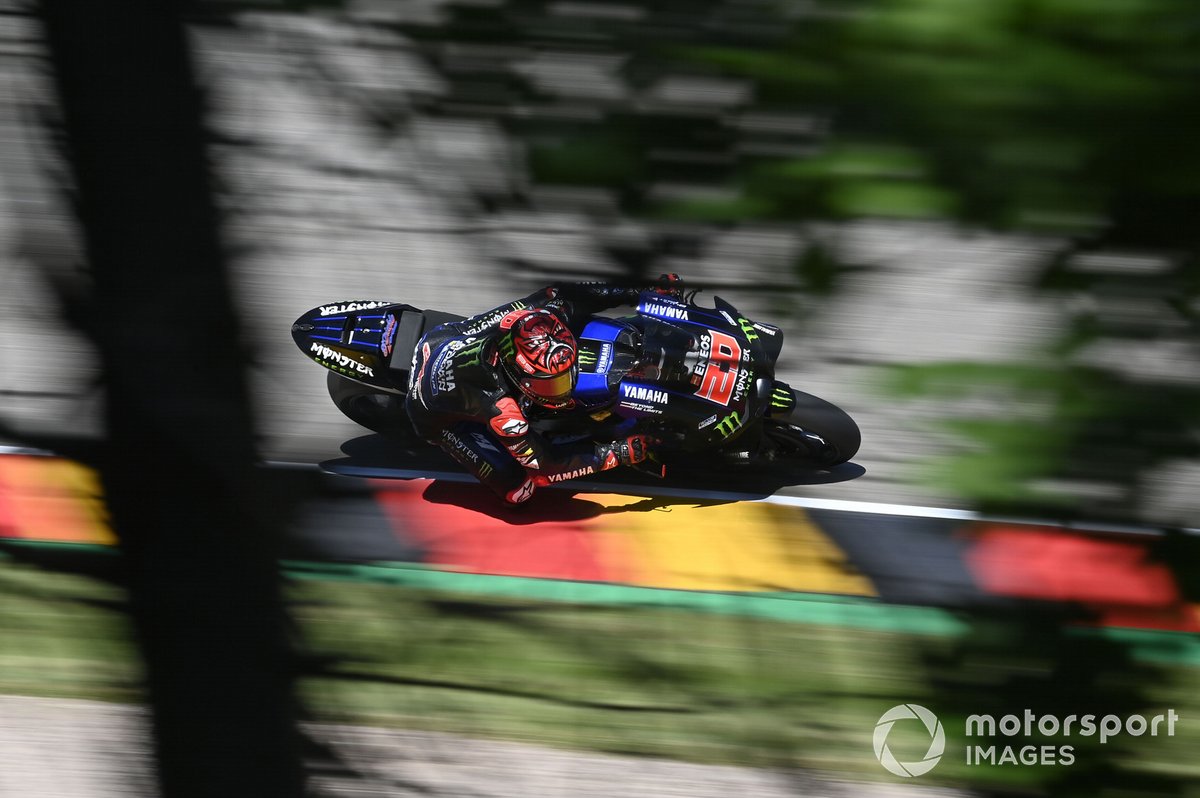 Two laps later Quartararo was up to third as Miller’s pace faded slightly, while the gap at the front between started to come down as Oliveira responded to Marquez’s lap times.

By the end of lap 19, Oliveira had gotten the gap down to 1.4s and continued to take tenths out of the Honda rider to the point where the gap was just over a second at the start of lap 25 of 30.

Crossing the line, Oliveira got it under a second for the first time with five to go as Marquez visibly started to lose grip on his medium rear tyre.

Despite the pressure Oliveira exerted on Marquez, the Honda rider responded emphatically on lap 27 by getting his lead back up to 1.2s.

Marquez hammered Oliveira through the first sector of the 28th lap, extending his lead back to 1.5s to end the KTM rider’s chances.

The Honda rider came under no threat through to the chequered flag to complete his fairytale comeback victory, with Oliveira securing his third-straight podium.

Quartararo salvaged third to extend his championship lead to 22 points ahead of Zarco, who faded to eighth at the chequered flag.

Brad Binder fought his way through to fourth from 13th on his KTM ahead of Ducati duo Francesco Bagnaia and Jack Miller, with Aprilia’s Espargaro seventh. 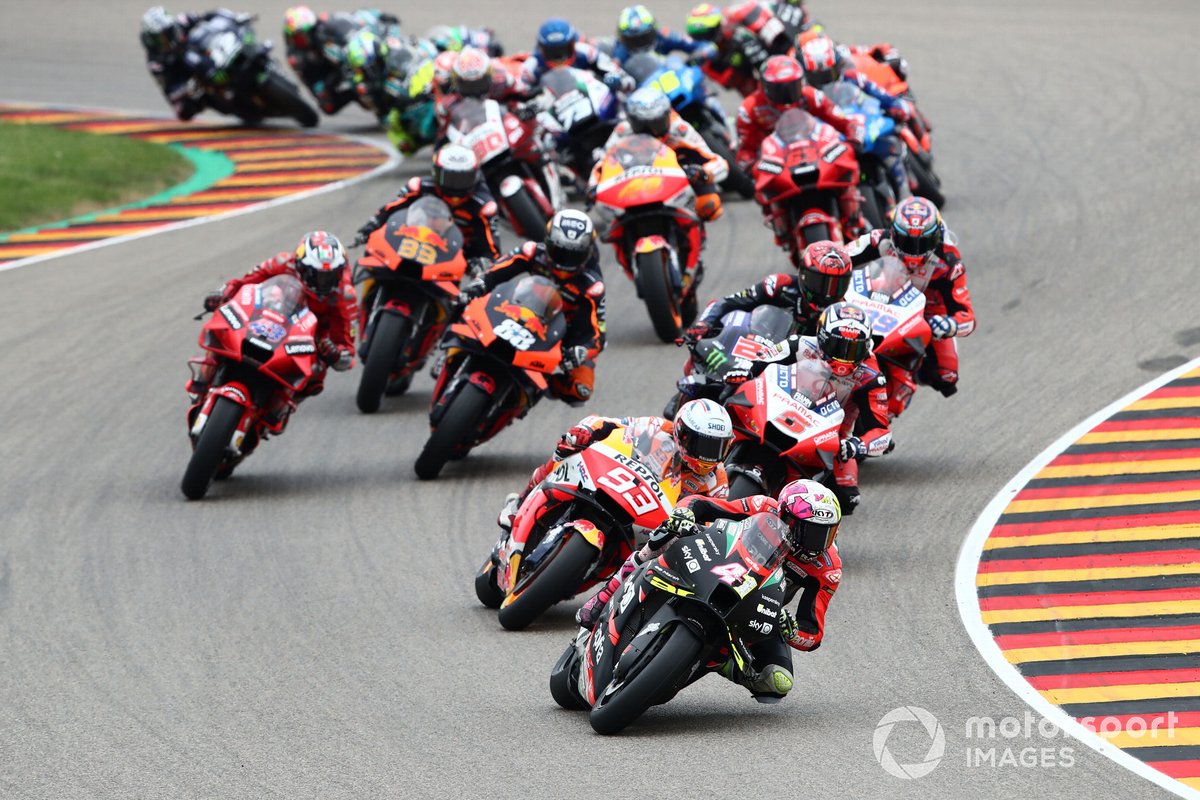 Maverick Vinales suffered his worst-ever MotoGP result of 19th on his factory Yamaha behind a struggling Franco Morbidelli on the two-year-old SRT M1.

Aprilia’s Lorenzo Savadori was an early crasher, while LCR’s Alex Marquez and Tech3’s Danilo Petrucci’s race ended after a collision at Turn 1.