Yamaha’s Maverick Vinales says “no-one has answers” to the form which led to his worst-ever MotoGP race weekend, after finishing the German Grand Prix in last place.

Vinales registered his worst-ever qualifying in MotoGP with 21st on Saturday at the Sachsenring and could make no inroads into the points on Sunday.

Having found it “impossible” to pass a brace of Avintia Ducatis on the outer reaches of the points, Vinales wound up 19th and last of the classified runners having backed off late on to “get some data” on how his Yamaha worked in clean air.

The Yamaha rider has struggled for form since winning the opening round in Qatar, and has been working with a new crew chief in ex-Valentino Rossi ally Silvano Galbusera since Barcelona.

Pleased with how he felt on the bike after the Barcelona test, Vinales says nobody at Yamaha has any answers for his form in Germany while team-mate Fabio Quartararo finished third. 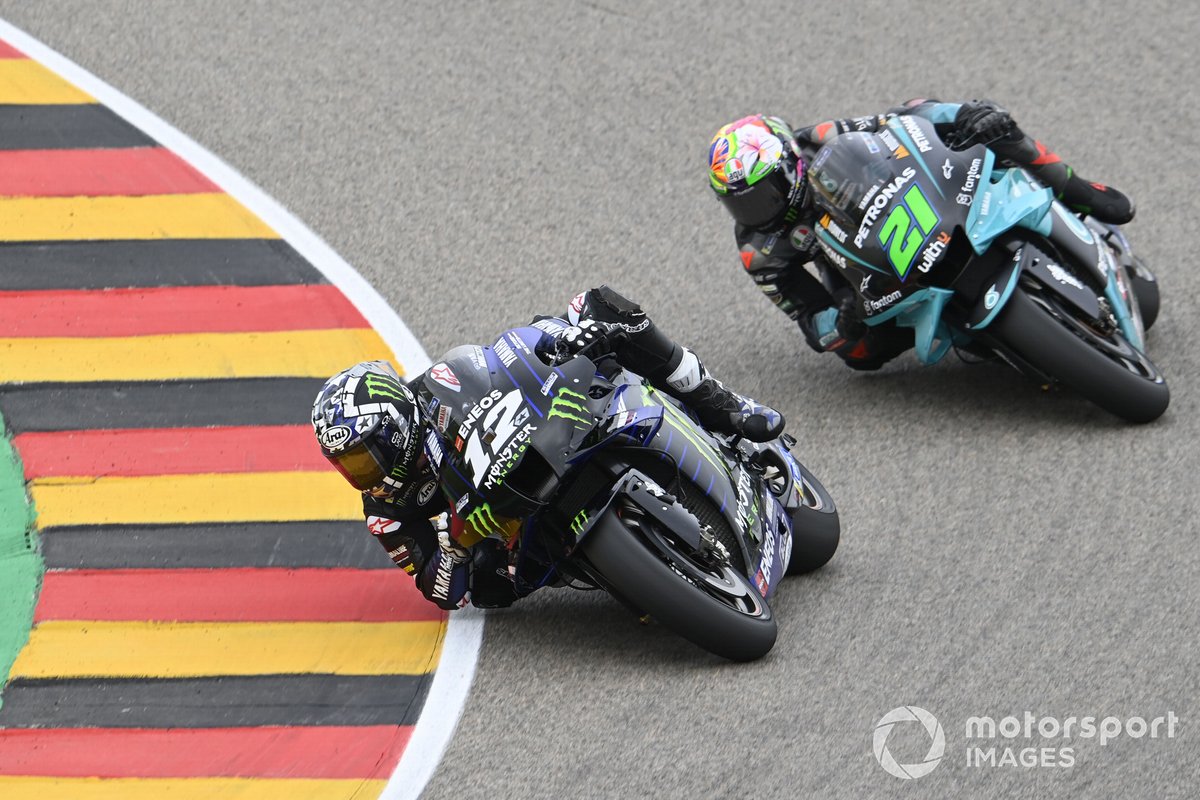 “I have the same question as you, so I cannot answer,” Vinales replied when asked by Autosport to explain his woes.

“Nobody has answered to me, so I cannot answer.”

He added: “I take like 15 laps behind [Luca] Marini and [Enea] Bastianini.

“I could not pass them, it was impossible with this bike. So, I prepared really well the downhill, they have more power, can brake later.

“So, with this bike it’s impossible. When I arrived to Franco [Morbidelli] I could overtake quite good, just in the first try I overtake.

“But on another Yamaha it’s much easier, but with the Ducatis it’s so hard.

“So, basically when I spent 10 laps there I see maybe my position was 13th, I said ‘Ok, I drop back, get fresh air and try to get some data and see how the bike is working alone’.

“So, it was a bit different, but overall I don’t know.

“Nobody has the answers of what is going on here, so I need to keep working, we have Assen that even with Moto2 bike I can be fast.

Vinales says he won’t change his current approach next weekend at Assen, but dejectedly admitted right now “my job is to collect data”.

“I don’t know what is going to happen, it’s very difficult to say,” he said.

“For Assen, I will do the same as I’m doing here: work, try to collect data.

“Right now my job is to collect data. It’s sad, but it’s like this, so I cannot do much more. I’m sorry.”