Riders have remarked that the grip on offer from the track surface has further deteriorated in the last 12 months, and that bumps have worsened.

Tyre wear has been a concern, and is only expected to become a bigger issue with forecast warmer temperatures on Sunday afternoon.

Lorenzo will start from the middle of the front row, after qualifying 0.331 seconds behind Honda's Dani Pedrosa, and predicts the 25-lap race will test riders.

"It's hard to ride," Lorenzo said after qualifying.

"Tomorrow will be a little nightmare for everyone. I'm improving in these conditions.

"I try to be more smooth with throttle, so I see the improvement. So, let's see if tomorrow I can ride like today more or less."

The result is Lorenzo's first front-row start since joining Ducati at the start of 2017, after it tested at the circuit last month, following the French Grand Prix.

Honda joined that test, but Yamaha did not, and Maverick Vinales and Valentino Rossi will start ninth and 13th having struggled all weekend.

Between his visits to Barcelona, Lorenzo led for the first time with Ducati in the early laps at Mugello, but ultimately faded to finish eighth. 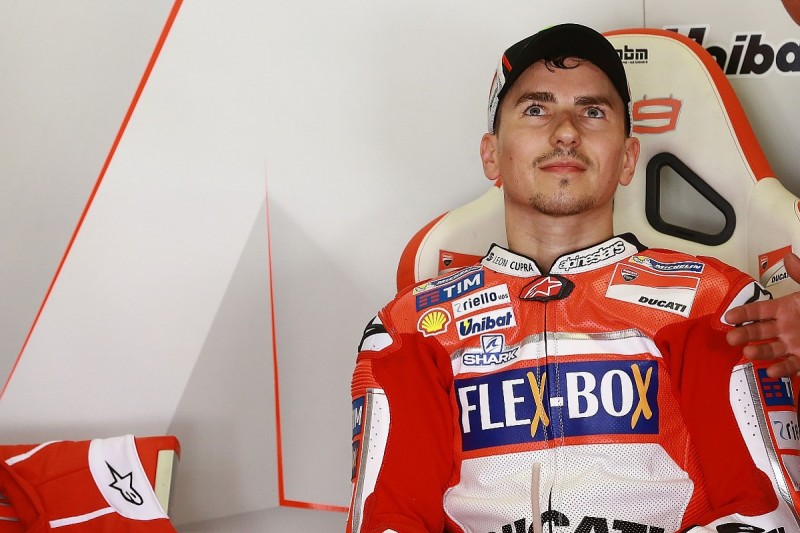 "We saw in the test that here I've got the speed and the confidence to do much better than Mugello, and it was like that," he said.

"[On Saturday] morning I struggled a little bit, we made a radical change to the bike and I felt much better in the afternoon.

"I was just in front of Dani, I was losing a little bit but quite constant and without making any mistakes; this will be quite important.

"For the rear, we miss a little bit of grip, so in warm-up we'll try to find it."

Pedrosa, who took his second pole of the season, agreed with Lorenzo that the race would not be straightforward.

"This race always is crucial with the tyre choice and the durability of the tyres," he said.

"Last year was one of the most difficult in all the championship.

"For sure we have to pick the correct tyre to get the good feeling on the bike and then see how we manage the situation.