Smith has endured a tough first season with KTM, scoring just eight points compared to team-mate Pol Espargaro's 26, and he was the last finisher on home soil at Silverstone last weekend, 18 seconds behind the Spaniard.

With Kallio getting a third wildcard outing in two races' time at Aragon, having finished 10th in KTM's home race at the Red Bull Ring, Smith is aware that a similar result would increase the pressure on him.

"I'm under no illusions that the pressure is on me in particular, and the team after the recent run of bad results," Smith told the official MotoGP website.

"We are looking at every way of turning things around. You can't produce miracles overnight in this game but every small step leads to better results.

"KTM have been fantastic and they really want me to succeed and are doing everything possible to help me.

"However the grand prix after Misano is at Aragon where Mika joins me and Pol in the team.

"If Mika beats me by the same margin as he did in Austria a couple of weeks ago I'm sure there will be some big questions asked." 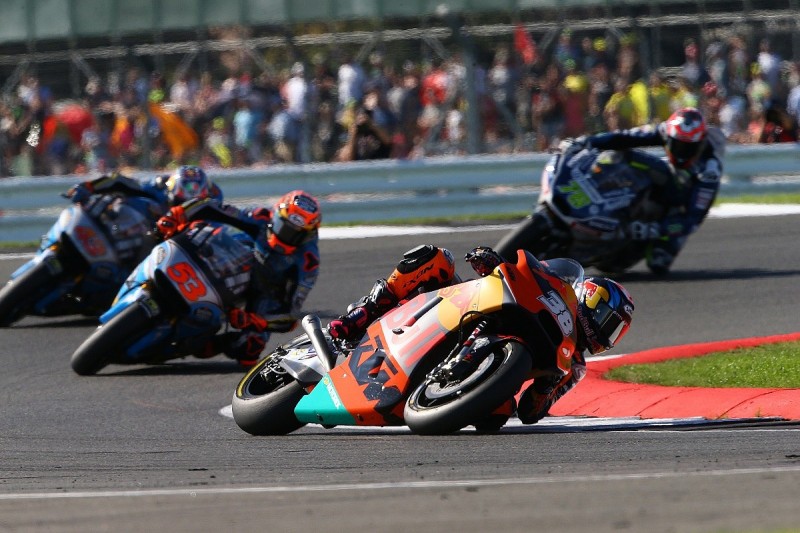 Smith accepted that it is natural for his results to lead to questions about his performances, but he believes he retains the support of KTM, which gave him a new crew chief - Esteban Garcia - ahead of the British GP.

"The external pressure is different but I've felt it before from the press and social media, and it's all part and parcel of this job," he said.

"I do get interrogated by the press at our debriefs after qualifying and the race, which is understandable with the way things stand at the moment.

"The team and especially the guys in my garage have been fantastic and I have their total support.

"Esteban has a wealth of knowledge and experience and from day zero he has taken up the challenge.

"It's not easy for him coming into the team that is really struggling rather than a team that is producing results but he's right up to it.

"Silverstone was never going to be easy because it was KTM's first visit and we had no previous data, so as we often have to do we started from scratch.

"Misano should be different. Let's ensure the questions in Misano are about our best result of the season."