Jorge Lorenzo says he is prepared to help Ducati team-mate Andrea Dovizioso's MotoGP title chances before the end of the season, but he feels the time has not come yet

Dovizioso leads the standings with six races to go following his fourth win of the season at Silverstone, with Honda's Marc Marquez and Yamaha's Maverick Vinales his main challengers following Valentino Rossi suffering a broken leg last week in a motocross accident.

Dovizioso said at Silverstone that he does not agree with team orders being used in MotoGP, but Lorenzo says he is willing to help later in the year if required.

"At the moment, we haven't spoken with the team about helping Dovi," said Lorenzo.

"But it will be the time to do it at the end of the season if he remains in this position.

"In this moment there are many races to go and I keep progressing.

"If I can fight for the victory, I will try to do it." 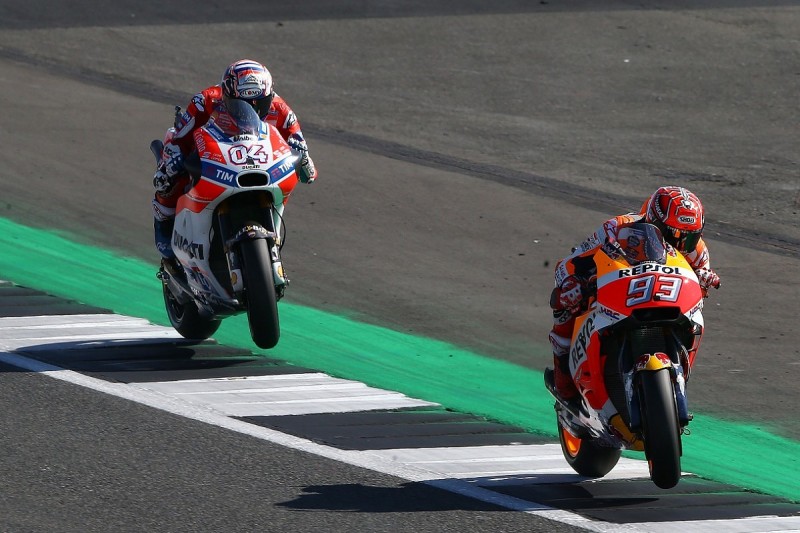 Marquez, who trails Dovizioso by nine points after retiring from the last race with a rare Honda engine failure, believes Ducati should be considered a threat on every type of circuit now.

"The argument that the Ducati doesn't easily adapt to some tracks doesn't exist anymore," said Marquez.

"Dovi will fight for podium positions in each grand prix. He is managing the situation properly.

"I considered him as one of my main rivals before Silverstone because I noticed how he rode in Austria [defeating Marquez on the final lap].

"Maybe he hasn't fought for a MotoGP title until this year, but he did it in smaller categories and had to get through many different situations."