KTM MotoGP boss Pit Beirer has denied Remy Gardner’s comments that the Australian lost his Tech 3 ride for 2023 after being told he wasn't professional enough.

The reigning Moto2 world champion told the media on Thursday at the San Marino Grand Prix that he was informed by KTM in Austria that he would not be racing for Tech 3 in 2023 because he was “not professional enough”.

Gardner declined to say who told him this and what the specific reason for this accusation was, though it is thought it relates to criticism both he and his manager have made about the RC16 this year.

KTM declined to comment on Gardner’s claims when asked by Autosport on Friday, but Beirer revealed to motogp.com that the Australian’s words to the press were “just not correct”.

“I think that’s just not correct and I don’t want to go into this game now because Remy said obviously some points,” Beirer said.

“But I like this boy, Remy is a fantastic guy and we had some great days together, some great success together.

“I cannot say because he has three responsible managers, this is Herve [Poncharal], the team manager, the road racing programme [head] and myself. None of us told him this, so I don’t really know who brought it up.

“We didn’t call him unprofessional. I can’t even comment because I didn’t say that, and the two colleagues who deal with his contract also didn’t do it. 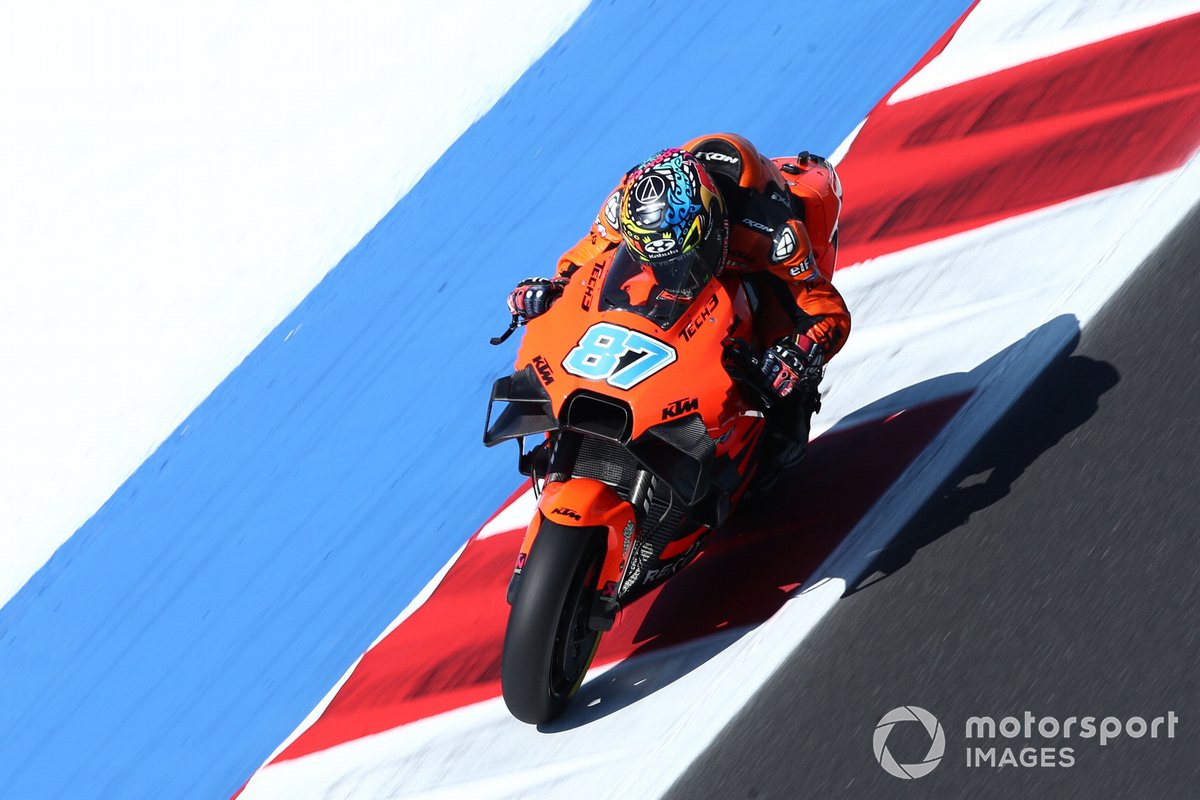 Despite there being room at Tech3 in 2023 alongside Pol Espargaro, after Raul Fernandez signed for RNF Aprilia, KTM refuted Gardner’s claims that he was told at the Austrian GP about his dismissal.

Beirer says the option on Gardner for 2023 was not taken up back in June, which he claims was communicated to Gardner and his management.

“I just want to keep formal that already end of June we did not use the option on his contract,” he added.

“So I also heard him saying it’s so negative to get the information at the end of August.

“But I think him and his management were informed that we didn’t use the option and since there it’s a little bit of a strange situation.

“At the end of the day we need to look to the future of the project and put all of the pieces of the puzzle to this project.

“We want to be better than seventh with a fantastic rider like Brad Binder.

“So we are now trying to create the mid-term future and we just decided that it’s not ok to go on with Remy.

“But I don’t want to put any new points out. I want to talk to him in person because he’s a really nice kid and we want to keep the relationship with him.”