A heartbroken Remy Gardner has sensationally revealed that he has lost his KTM MotoGP ride for 2023 because the brand believes he’s “not professional enough”.

KTM will renew its line-up across its factory squad and Tech3 satellite teams in 2023, with Jack Miller joining the former while Pol Espargaro and an unknown replacement for RNF-bound Raul Fernandez will join Tech3.

Reigning Moto2 world champion Gardner’s future with Tech3 has been in question for some time, but revealed on Thursday ahead of this weekend’s San Marino Grand Prix that he was told in Austria that he was surplus to requirements at KTM.

Gardner – who sits 23rd in the standings on nine points, four clear of team-mate Fernandez – says KTM’s reasoning for dropping him was because he was “not professional” – later telling the media that this decision has “broken my heart”.

Speaking exclusively to Autosport later on Thursday at Misano, Gardner says all of his efforts in adapting to the difficult KTM “never seems like enough” in the marque’s eyes.

“I’m not going to be here next year, no,” he said when asked about his future.

“What I was told is that I’m not professional enough. No explanation [from KTM].

“I have done a lot of the hard yards, I’ve had some pretty tough years, injuries and everything coming back.

“But yeah, it’s just kind of never seems like it was enough. I’m not really sure.

“I always gave my 100% here and I was really just motivated to keep pushing, keep trying. I felt we were moving forward.

“Then I arrived in Austria and on Saturday afternoon it was ‘sorry, but you’re not welcome here next year’.” 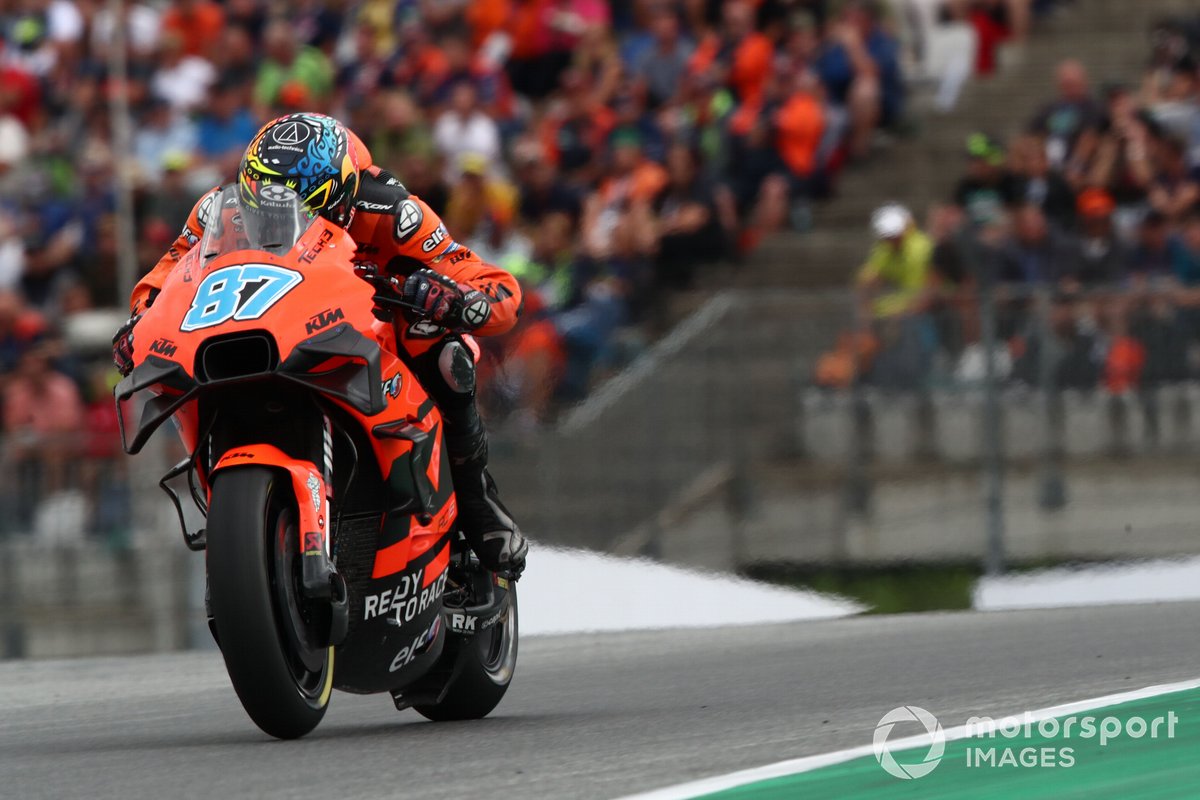 Gardner was a product of KTM’s thriving young rider programme that spans multiple classes in motorcycle racing, and was promoted to MotoGP in 2022 alongside Fernandez having raced for the KTM-backed Ajo squad in his Moto2 title-winning year.

But KTM has alienated a number of riders over the years, with Gardner believing its approach to young talent is flawed.

“Looks like it,” he replied when asked if KTM’s young rider approach was problematic.

Gardner doesn’t have any concrete options on the table for his future, but doesn’t want to take a test rider role if it was the only way of staying in the MotoGP paddock.

“I’m not sure yet,” he said when asked about his future.

“For sure I have a few options, but Paco [Sanchez] is on it looking for the best options for me to make a decision.

“But at the moment I’m not sure. If I was five years older, that’s probably something that I would [have liked].

“But unfortunately I’m still quite young, I’m only 24. I’ve had a few years in the world championship.

“Like I said, if I was five years older I’d be retiring. But I’m still young, I’m still fast.

“I didn’t forget how to ride a motorcycle last year to this year. I won a world championship last year, and I’m not old yet, so I think I’m still pretty quick on a bike. I don’t know where I’ll race, but I’ll be racing somewhere.”