The three-time champion has spent his entire MotoGP career so far with Yamaha, and is regarded as one of the smoothest riders in the field.

The Ducati has often proved relatively difficult to ride in the past, but Lorenzo was third - a tenth off pacesetter Maverick Vinales's Yamaha - on his first day of testing with the Desmosedici at Valencia last November.

"I was convinced that I wasn't going to change my style despite riding a Ducati, and it won't change," Lorenzo told Autosport's sister title Motorsport.com.

"I may modify some small details and evolve, but the bike will not make me change my style.

"I knew I would adapt to the Ducati, regardless of the bike I'd find.

"I knew I would adapt quickly to it, but I didn't know how fast. 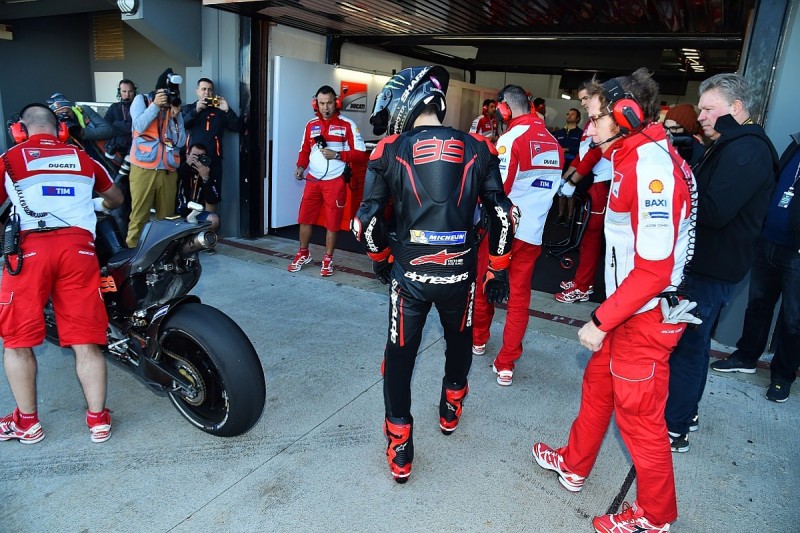 Lorenzo does not believe the Ducati will require a different level of fitness either.

He will have a new physical trainer this year, after he and Marc Rovira decided to go separate ways.

But the Spaniard believes that increasing his muscle volume will not be as necessary as some expect, especially as the last man to win a MotoGP title for Ducati, Casey Stoner, was smaller physically.

"Stoner was shorter and thinner than me, with less muscle mass, and the bike was moving all over the place," said Lorenzo.

"He wasn't getting tired and he could keep a consistent fast pace until the end.

"In the end it depends on the character and the riding style."