Jorge Lorenzo has 'nothing to lose' in 2013 MotoGP title decider

Jorge Lorenzo insists he has nothing to lose heading into this weekend's MotoGP title decider at Valencia, and that all the pressure is on his rookie rival Marc Marquez

Lorenzo, the defending champion, trails Marquez by 13 points heading into the 2013 finale, having gained 31 points on his younger compatriot over the past six grands prix.

While that situation means Marquez is still favourite for the title, Lorenzo believes his lack of pressure could prove a trump card, particularly if he can also go on to secure victory.

"We don't have anything to lose but everything to win, and this card plays on our side," Lorenzo said of the Valencia showdown.

"Maybe our main rival [Marquez] can feel much more pressure in Valencia than us because he is so close to victory.

"I look forward to riding there and pushing with all my force. If we can continue to ride at our level we can fight for the win and then wait for the circumstances.

"You never know what can happen, especially if the forecast is uncertain as it was last year.

"We trust in ourselves and we expect a good race in front of our fans. We will never give up until the end." 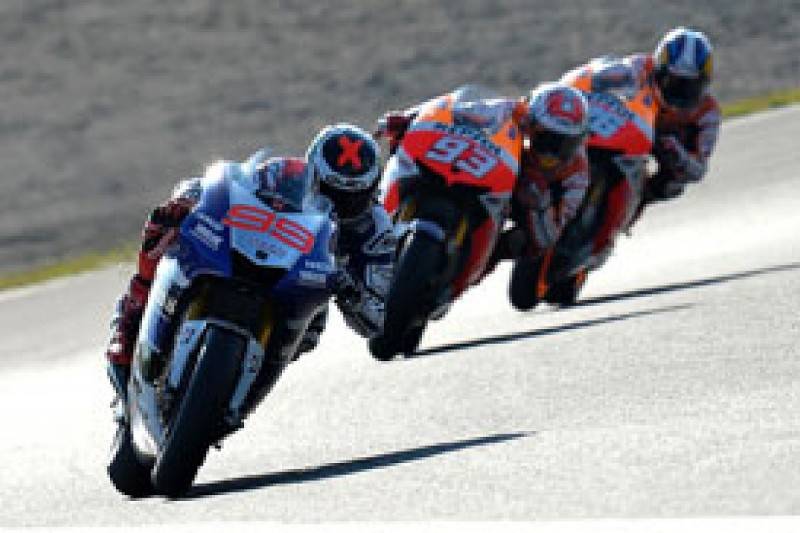 Lorenzo said in October that he had all but ceded the championship to Marquez, only for it to swing dramatically when the latter was disqualified from a tyre-affected Australian Grand Prix.

He says the fact he is unexpectedly still in contention for the crown makes him all the more motivated, adding: "I'm very stimulated because three races ago we thought the championship was over.

"Instead we come to the last race [with] a chance to fight for the title.

"It's going to be exciting, maybe the most exciting of all the season.

"We are still in the fight and that is the most important thing right now."