Qualifying was delayed following a serious incident in the preceding Moto3 Q2 session, with Swiss rider Jason Dupasquier airlifted to hospital in Florence for further assessment.

Jack Miller emerged from the early salvo of laps fastest with a 1m45.796s on his factory Ducati, though Aprilia’s Aleix Espargaro edged ahead moments later with a 1m45.651s having utilised a tow from the sister works team Ducati of Francesco Bagnaia.

This time didn’t stand for long, however, as Quartararo – who topped FP4 ahead of qualifying – guided his Yamaha to a 1m45.481s to end the opening runs top.

Chasing his fourth-straight pole of 2021, the Frenchman blasted the field on his penultimate flying lap with a lap record of 1m45.187s.

That time went unchallenged through to the chequered flag, his nearest rival Bagnaia 0.230 seconds behind.

Johann Zarco made a late charge to secure the final spot on the front row on his Pramac Ducati, which denied Aleix Espargaro – who came through Q1 - a first MotoGP front row on the Aprilia in fourth.

Miller looked set to get onto the front row on his final lap, but ultimately could only manage fifth with his 1m45.5982 ahead of KTM’s Brad Binder, sixth comfortably his best qualifying of the year. 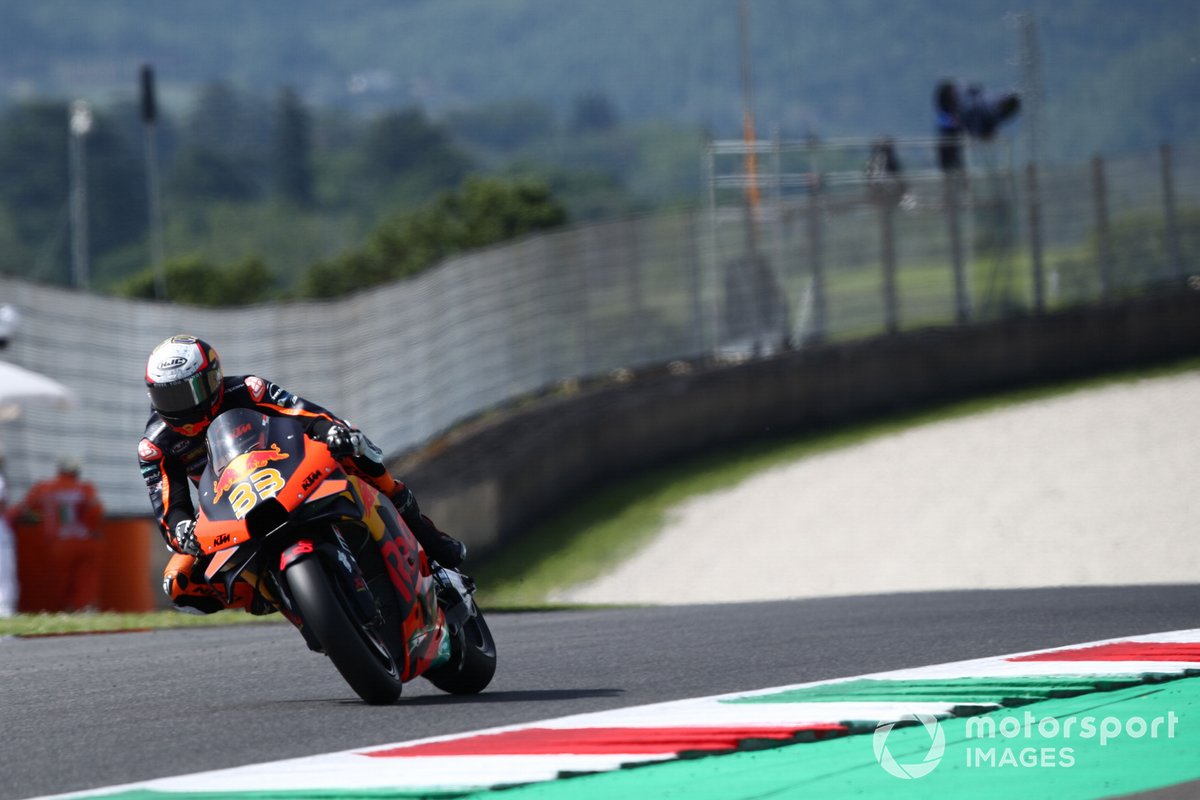 Vinales was the biggest scalp to fall into Q1 after a late crash in FP3 and his strong pace throughout practice made him a target for the physically struggling Marc Marquez on the Honda to use him as a reference.

Marquez followed Vinales on both of his runs in Q1, much to the Yamaha rider’s dismay, with the Honda rider able to get into Q2 with a 1m45.924s.

Vinales was dropped from second to third by Aleix Espargaro late on in Q1 but was on course to secure passage into the pole shootout session – only a mistake at the final corner to resign him to 13th on the grid.

Missing a place in Q2 by just 0.021s, Vinales will be joined on the fifth row by Avintia rookie Enea Bastianini and LCR Honda’s Takaaki Nakagami.

Pramac stand-in Michele Pirro will start from 16th ahead of Avintia’s Luca Marini and the Tech3 KTM of 2019 Mugello race winner Danilo Petrucci.