Johann Zarco says “a little issue” with his Pramac Ducati’s gearbox caused him to crash out of second late on in last weekend’s MotoGP Portuguese Grand Prix.

The erstwhile championship leader led the early stages of Sunday’s Algarve race, before falling behind race winner Fabio Quartararo on the Yamaha and Suzuki’s Alex Rins.

Zarco was promoted to second when Rins crashed on lap 19, but the Frenchman would suffer the same fate a tour later.

He admits he initially thought he had made a mistake, but analysis after the race revealed a gearbox issue on the downshift into Turn 11 caused him to crash.

“A bit disappointed for sure,” Zarco said, having slid 21 points back to fourth in the standings.

“But we analysed, I had a little issue with the gearbox in that moment. 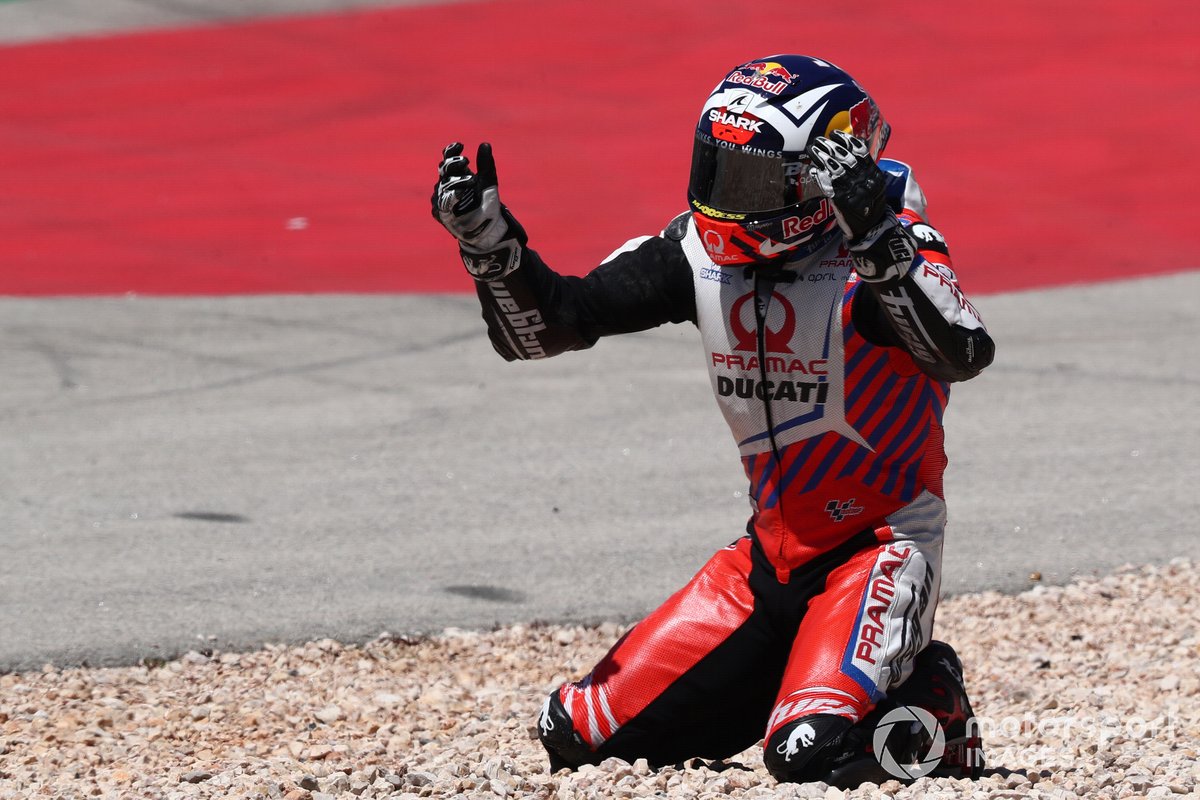 “So that’s why I didn’t get the good gear in that moment, and in that area of the braking it was critical.

“So, this helps me to be not too disappointed and helps me to understand better why I had this crash.

“Second thing also, the front tyre was not too nice. It was not perfect and that’s why maybe keeping the pace under the 1m40s for me was difficult.

“So, when Pecco [Bagnaia] overtook me I was kind of happy to think I would get some air and get more control, because I did many laps in front of [Joan] Mir trying to catch Fabio.

“I thought pushing to catch Fabio I could build a gap to the guys behind and I was pushing a lot.”

Explaining his issue further, Zarco added: “No, I didn’t get neutral.

“Instead of second gear I got first gear, and braking with leaning I got a bit more engine braking and also because the front tyre was not nice on the right side it didn’t support this deceleration.

“That’s why immediately I was down.”

Zarco’s team-mate Jorge Martin was absent from the race after a violent crash in FP3 left him with multiple fractures and in need of surgery.

On Monday Autosport reported Martin’s surgery had been delayed due to the severe knock to the head he took in the crash, which has now cast his comeback hopes next week at Jerez into doubt.