Quartararo repeated his Doha race-winning route to victory at the Algarve, recovering from sixth at the end of the first lap to lead early on and go on to dominate to take a 15-point lead in the championship.

Johann Zacro powered his Pramac Ducati into the lead at the start as poleman Quartararo dropped back, while Marquez leaped up to third.

Marquez was then demoted by the reigning world champion Joan Mir, the Suzuki rider putting an aggressive move on the Honda at the Portimao right-hander.

The pair came to blows again at Turn 3 on the following lap when Marquez touched the rear of Mir’s Suzuki and was lucky to stay mounted, with Quartararo capitalising to move back ahead to fourth.

In the lead battle, Zarco held firm, but was coming under intense pressure from the sister Rins' Suzuki, who made a pass stick at Turn 13 on lap four – though Zarco eased back ahead on the main straight moments later.

Rins made another play for the lead at the end of the fifth lap at Turn 13, while Quartararo carved his way through on Zarco at the next corner.

The Suzuki rider held the lead for the next two laps, with Quartararo towing his way by Rins into Turn 1 on the ninth tour.

The pace for both Quartararo and Rins was hot, the pair trading fastest laps on numerous occasions and easing out a gap of over a second to the battling Zarco and Mir behind.

Rins kept the pressure on Quartararo, but the Frenchman didn’t crack and continued to hold his lead. 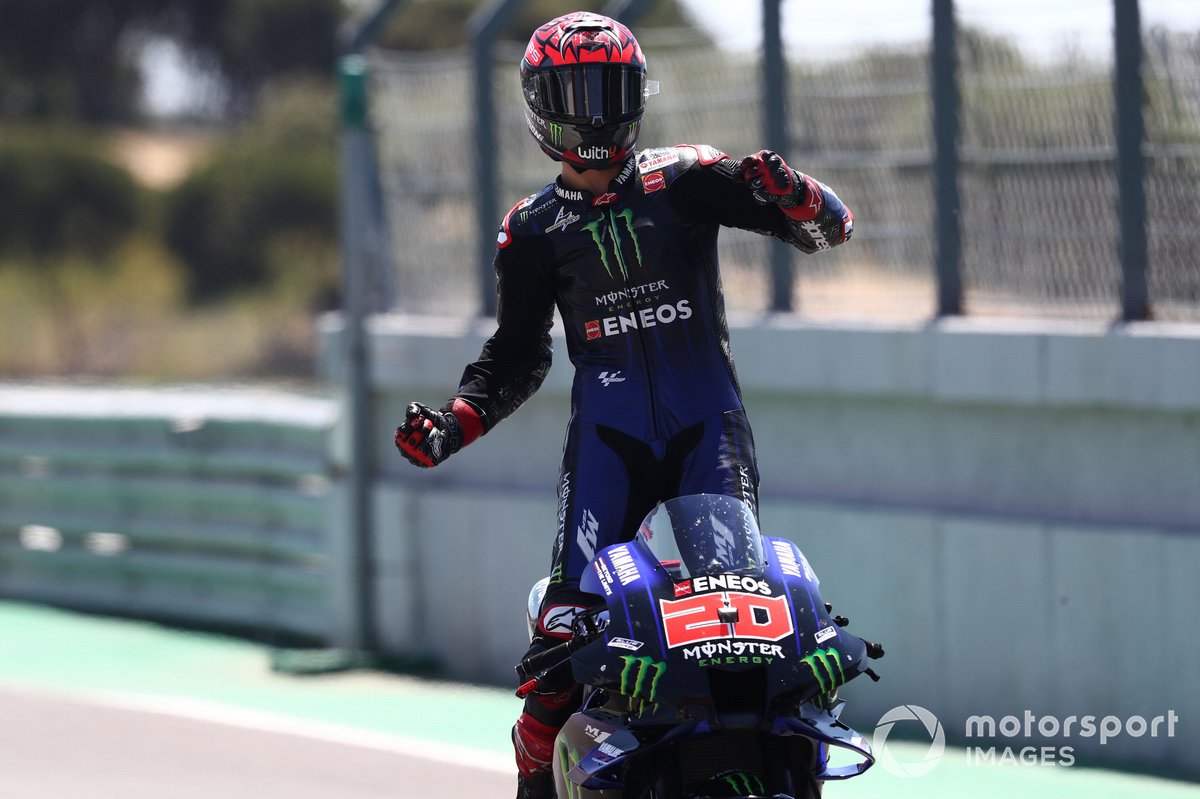 Quartararo’s afternoon was made easier seven laps from the end when Rins pushed too hard in his chase and crashed out at Turn 5, gifting the Yamaha rider a lead of well over four seconds for the remaining tours.

Rins’ crash promoted Zarco up to second, while Ducati’s Francesco Bagnaia had found a way through on Mir.

But Zarco’s podium run was ended on lap 20 when he crashed at Turn 10, with the battle for second going between Bagnaia, Mir and Petronas SRT’s Franco Morbidelli.

Quartararo came under no threat to the chequered flag to secure his second-successive win in 2021.

Bagnaia fended off Mir to clinch second on his Ducati, while Morbidelli remained fourth ahead of KTM’s Brad Binder from 15th on the grid.

Aleix Espargarao was a factor in the podium battle early on, but the Aprilia rider ended up sixth, equalling his best result on the RS-GP. 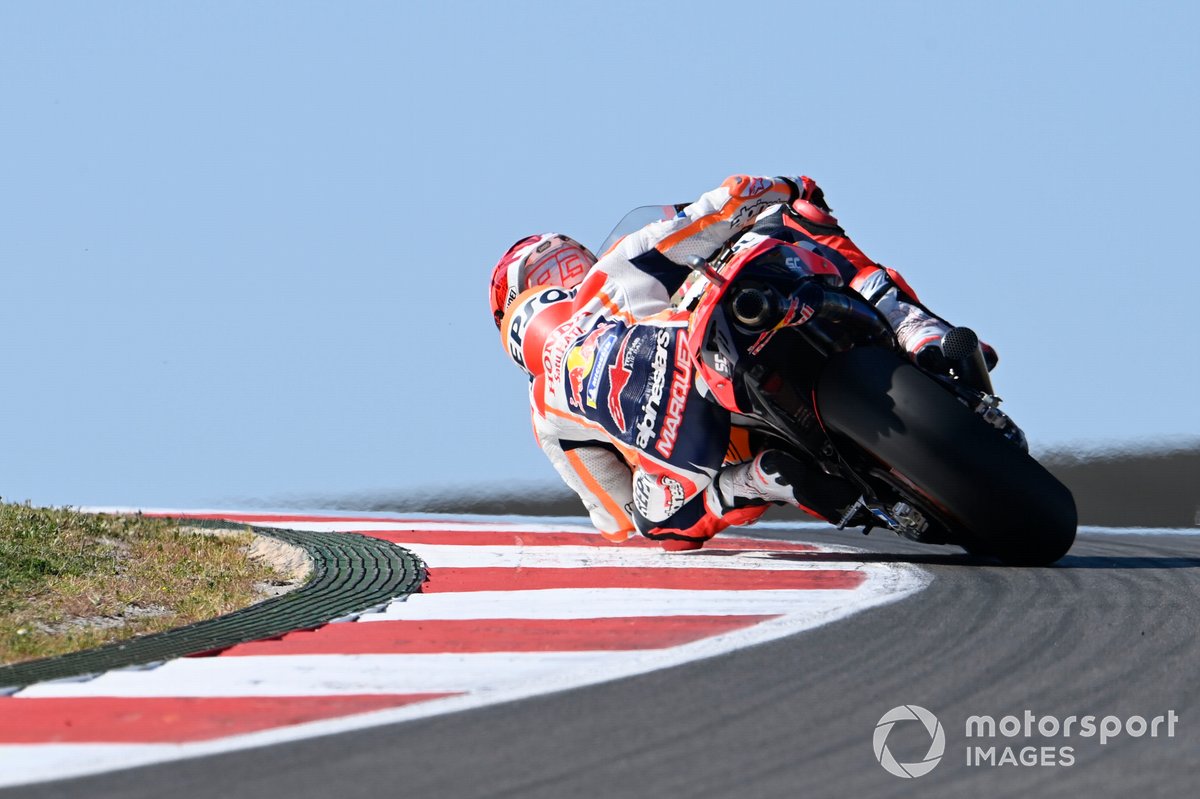 But he laid those demons to rest in seventh at the Algarve circuit, the six-time MotoGP world champion leading home his LCR Honda-mounted brother Alex Marquez, Avintia rookie Enea Bastianini and the injured Takaaki Nakagami (LCR).

Maverick Vinales endured a mystifying loss of form on his Yamaha, the Qatar GP winner 20th at the end of the first lap and only able to salvage 11th following a number of crashes ahead.

Valentino Rossi crashed out of 11th in the closing stages, with the SRT rider joining Ducati’s Jack Miller on the sidelines following an early tumble.

Pol Espargaro pulled out at the end of lap five due to a technical issue on his Honda.