Suzuki has elected give an unlikely MotoGP debut to 31-year-old Japanese racer Kazuki Watanabe as replacement for the injured Joan Mir at the San Marino Grand Prix.

The 2020 MotoGP world champion Mir fracture his right foot in a nasty highside crash on the opening lap of last week’s Austrian GP.

The Suzuki rider was ordered to take 15 days of rest by doctors following a check-up on the Monday after the Red Bull Ring race, and has thus been forced out of the Misano round next week.

Suzuki’s options to replace Mir were limited, with usual stand-in and official test rider Sylvain Guintoli currently out of action after injuring his wrist prior to the Suzuka 8 Hours.

Reports in Italian media claimed double MotoGP race winner Danilo Petrucci was offered the ride, but turned it down to focus on his MotoAmerica championship bid with Ducati.

Suzuki has therefore been forced to give one-time 250cc points finisher Watanabe an outing at Misano.

Watanabe, who partners Guintoli at the Yoshimura SERT Suzuki endurance team, has never ridden MotoGP machinery and only started five grands prix in the 250cc/Moto2 class in 2009 and 2010 – scoring a best finish of 14th at the 2009 Japanese GP.

“First thing’s first, I would like to wish Joan a speedy recovery from the injury he suffered, he’s a great rider to watch and I hope he’ll be back on track soon,” Watanabe said.

“I was really pleased to receive the call about substituting in Misano, it will be amazing to try the MotoGP bike around that track.

“I will do my best to perform well and give something back to the team who have given me this chance.”

Suzuki team boss Livio Suppo added: “We are very sorry that Joan won't be able to race in Misano and we wish him a fast recovery!

“Meanwhile we’re pleased to welcome Kazuki Watanabe to our team, he has a lot of experience with Suzuki and he is putting together a strong season in the All Japan series, he also got third at Suzuka 8 hours just a few weeks ago.

‘The GSX-RR will be a very different challenge, but we will do our best for Watanabe-san in order for him to get the maximum out of this experience!” 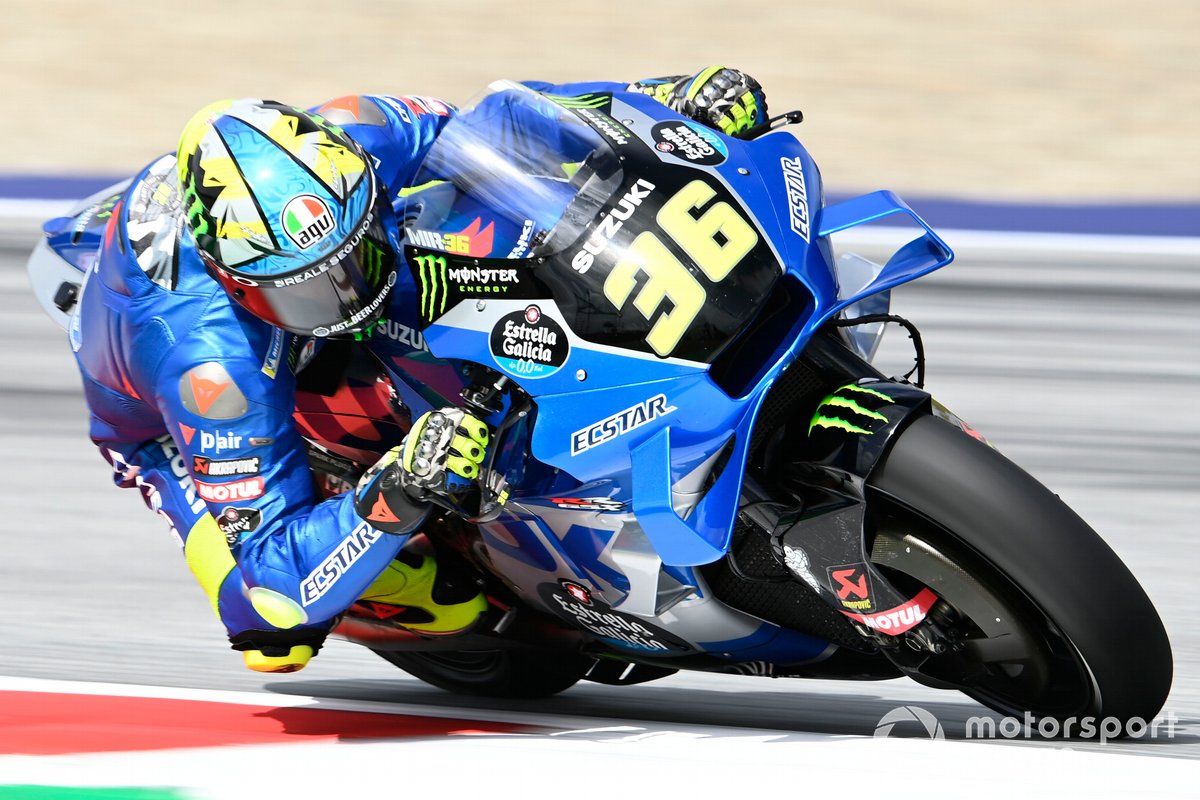 Suzuki will withdraw from MotoGP at the end of the 2022 season in a shock announcement made following the Spanish GP back in May.

The Japanese manufacturer cited financial reasons for electing to end its MotoGP project just one year into a new five-year contract with series owners Dorna Sports.

It will also end its factory involvement with the Yoshimura SERT squad.

Current rider Alex Rins will join LCR Honda in 2023, while Mir is set to join the factory Honda squad alongside Marc Marquez.