The factory Ducati squad has announced that Enea Bastianini will get the nod to join Francesco Bagnaia for the 2023 MotoGP season on a two-year deal.

Ducati has spent the first 13 races of the 2022 season evaluating both one-time race winner Jorge Martin and three-time winner Bastianini as potential factory team contenders for 2023.

With long-time Ducati runner Jack Miller signing a two-year deal to join KTM from next season, Ducati elected to make its decision on who will replace him after the Austrian Grand Prix weekend.

Following a meeting this week at its Bologna base, Ducati has decided Bastianini – winner of the Qatar, Americas and French GPs – will step up from Gresini to the factory squad in 2023.

Bastianini made his MotoGP debut last year with the now-defunct Avintia squad on a two-year-old Ducati, on which he scored two third-place finishes at the San Marino and Emilia Romagna GPs – both held at Misano.

While Martin has only scored two podiums to Bastianini’s three victories this season, his 2022 campaign has been complicated by further injury woes and the GP22 needing longer to get up to speed than expected.

Bastianini, meanwhile, rode a fully-developed 2021-spec Ducati to those three victories, while also registering four DNFs as consistency has eluded him.

In a brief on-track battle at the Red Bull Ring last weekend, Martin got the better of Bastianini before the latter was forced to retire when a kerb strike damaged his front wheel. 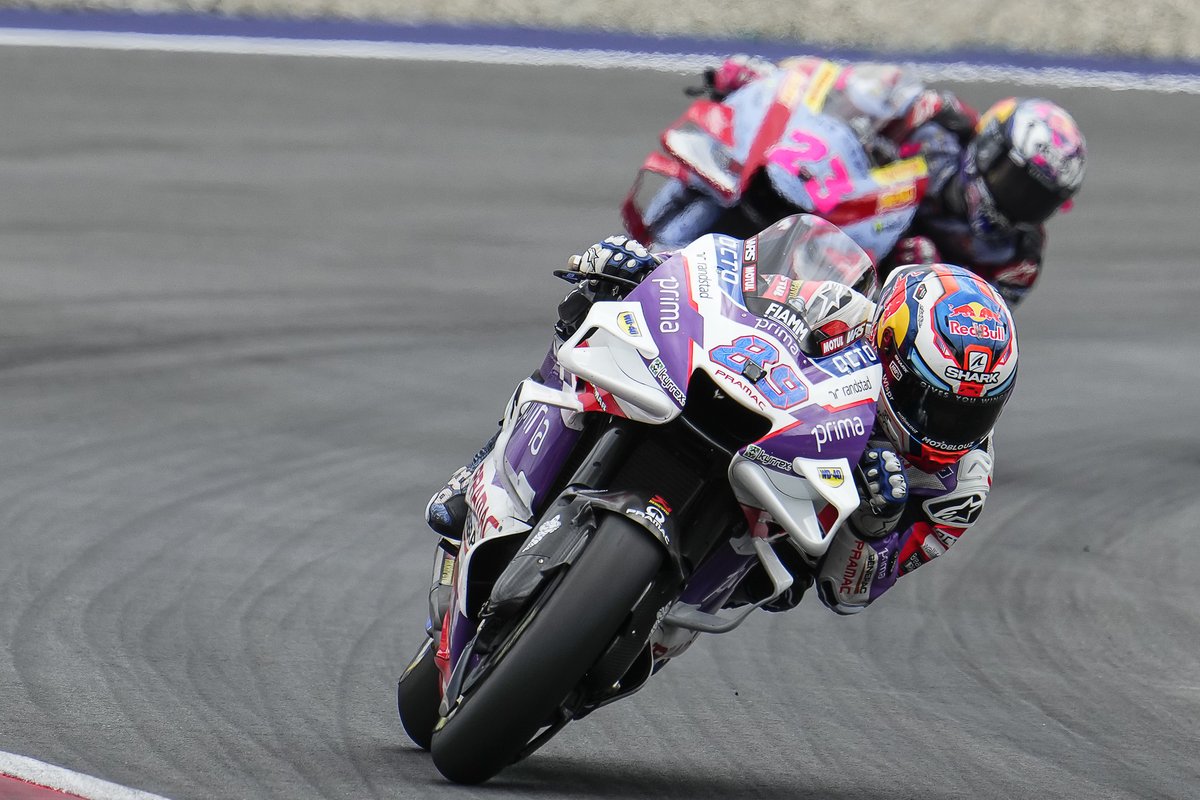 Despite this, Ducati has decided Bastianini – who is 31 points clear of Martin in the standings - is the better bet for its factory squad.

"I am thrilled to be able to wear the colours of the official Ducati team starting next year. It was my dream, and now it has come true," Bastianini said.

"In these two years in MotoGP, I have learned and grown a lot, and I believe that I can only improve with the engineers and men of the Ducati Lenovo Team.

"I want to thank Claudio, Gigi, Paolo and Davide for trusting me and giving me this incredible opportunity. Still, I also want to thank Nadia and the whole Gresini team for the great support I have received from them during this wonderful season together.

"I will try to close out this 2022 in the best possible way before tackling my new adventure as a factory Ducati rider with total commitment and the right team spirit."

Martin, who made his debut last year and scored victory at the Styrian GP, will remain with Pramac in 2023 on a factory-spec alongside Johann Zarco.

At the Gresini squad, Bastianini will be replaced by outgoing LCR Honda rider Alex Marquez, with Fabio Di Giannantonio getting a second season in the premier class with the Italian outfit.

While nothing has been confirmed, the line-up at Valentino Rossi’s VR46 squad is expected to remain as it is with Luca Marini and Marco Bezzecchi.