Ducati's Andrea Dovizioso says a change of mindset in mid-2016 is helping his MotoGP form, after winning back-to-back races for the first time in his grand prix career

Dovizioso won one of his first 158 MotoGP starts before taking out last year's Malaysian Grand Prix, his first win with Ducati.

With victories at Mugello and Barcelona in recent weeks, Dovizioso has now won in the dry in the premier class, and won consecutive races for the first time since entering the world championship ranks in 125cc in 2002.

Having risen to second in the championship and seven points behind Yamaha's Maverick Vinales, Dovizioso says changes off-track are helping.

"From the middle of last year, I understood a lot of things," he said.

"I believe I understood a lot of things about life, and it helped me to approach everything, life and the sport, in a different way.

"From that my results were much better, if you check the results last year and this year.

"I'm really happy about that. Really happy to be more relaxed, to know more about the reality of a few things and to try to get the maximum results in that way.

"I feel a little bit different from last year and for sure that helps the result I did this year." 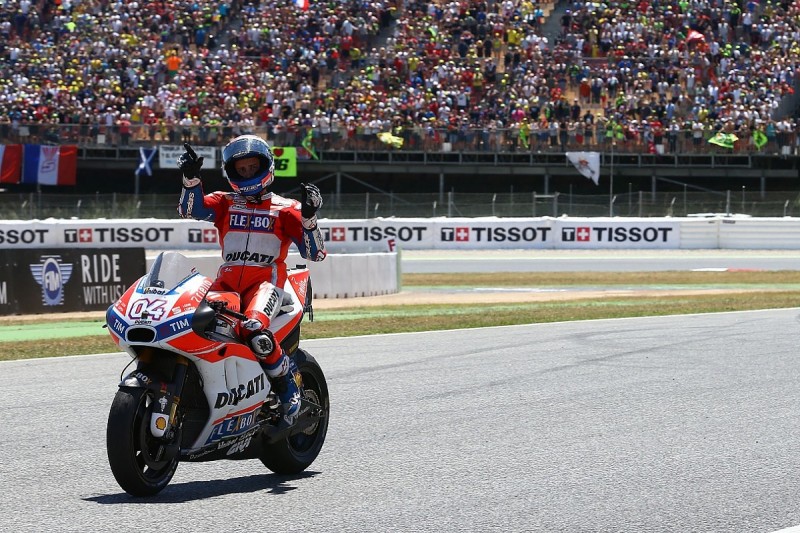 Asked to explain those changes, Dovizioso - who finished fifth and seventh at Mugello and Barcelona 12 months earlier - added: "You can meet some people and some people can explain to you some thing and you can live in a different way.

"Every people can understand or become mature about different things in a different moment in your life.

"Small things, but it creates a big difference."

Dovizioso has sought to talk down a title bid, even after the two wins, saying they were "not the reality" for Ducati.

Before his wins, Ducati had two podiums and no front-row starts from the first five races of 2017, and the Italian sounded frustrated by a lack of progress with its mid-cornering deficiency at times.

"The bike is different than last year," he said.

"Some negative things, some positive.

"The championship this year is different. I don't know why.

"It's very strange, but in the way you approach everything you can make the difference."