Lorenzo was first to beat Suzuki rider Andrea Iannone's Wednesday benchmark of 1m38.280s towards the end of the second hour of running, as he became the first rider to dip into the 1m37s with a 1m37.965s.

That stood as the benchmark until Dovizioso went over half a second quicker just before 1pm local time.

Dovizioso's lap of 1m37.663s stood as the fastest of the day, beating the record lap of 1m37.910s set two years ago by Lorenzo in qualifying for the 2015 Spanish Grand Prix.

LCR Honda's Cal Crutchlow also bettered that time at the end of the penultimate hour with a 1m37.818s, underlining the speed of the recently-resurfaced Jerez track.

Lorenzo was the third and final rider to lap beneath the 1m38s mark, falling just short of his own pole record with a 1m37.921s.

Iannone was fourth on the best of the Suzukis, ahead of Pol Espargaro's KTM and Alex Rins, who had his first day of test action on Thursday after sitting out Wednesday's running.

Pramac Ducati pair Danilo Petrucci and Jack Miller likewise hit the track for the first time this week, and ended up eighth and ninth fastest, behind Tito Rabat's Avintia machine.

Bradley Smith completed the top 10 aboard the second KTM. 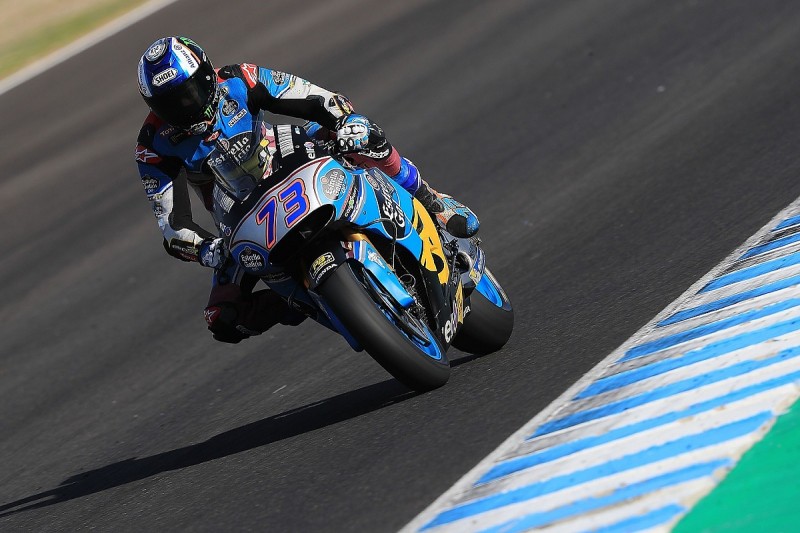 Alex Marquez was less than a second adrift of team-mate Franco Morbidelli on his second day aboard the Marc VDS Honda in 17th overall, behind lead World Superbike riders Marco Melandri and Alex Lowes in the shared test.

After finishing inside the top 10 overall on Wednesday, Kawasaki WSBK duo Jonathan Rea and Tom Sykes did not take part in the test on Thursday.

Ducati's Chaz Davies was also absent after being forced to curtail his testing duties with a right knee injury following on from his crash on Wednesday.