The Italian manufacturer unveiled its revised colour scheme - featuring a tweaked design and sections of grey to go with its traditional red and white colours - during a launch event on Monday morning near its Borgo Panigale headquarters in Bologna, where Dovizioso and Lorenzo were on hand.

"It is absolutely stunning, so beautiful," said Dovizioso. "Every single bike I had the possibility to ride was beautiful but this has something different, we have added some grey, even more aggressive, even more stunning.

"You have to raise the bar day after day so the target we now have is to fight to get the world championship.

On the new livery, Lorenzo added: "I like it a lot - it is different, it doesn't look like the last version.

"I think it is a great combination, there is some white, grey, red and it gives a very modern, top-technology look to the bike.

"Both the team and the bike are ready to win so my target is to keep growing, doing better and better and offering the best Jorge Lorenzo ever.

"I am sure it will happen because I can count on a great bike."

Ducati is not expected to reveal its definitive GP18 machine until Sepang testing later this month, having used a modified GP17 at Valencia and Jerez last November.

Test riders Casey Stoner and Michele Pirro may get the chance to sample the new bike in a three-day private test on January 24-26, before the race riders take over for the official test days on January 28-30.

Dovizioso will go into the 2018 campaign as one of the favourites after a breakthrough season last year in which he took the championship fight to Marc Marquez until the final race.

Lorenzo meanwhile will be looking to build on a promising second half of 2017 to get back into title contention, having struggled initially on the Ducati after nine seasons at Yamaha.

Both riders, along with the majority of the MotoGP field, are out of contract at the end of the year. 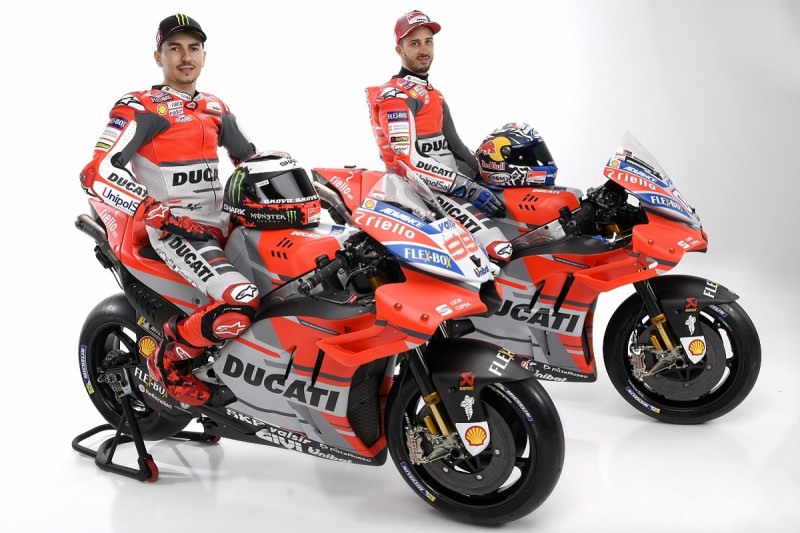 Ducati's Lorenzo: My MotoGP rider market value not as high after 2017