Ducati will benefit from the "simplification" that will come with fielding fewer MotoGP satellite bikes in 2019, reckons its technical chief Gigi Dall'Igna

Six privateer Desmosedicis competed alongside the works Ducatis last season, with Nieto and Avintia both running 2016-spec bikes in addition to year-old GP17s.

Nieto will vanish from the grid in 2019, replaced by Yamaha's new Petronas-backed satellite team, while Avintia will have two GP18s for Karel Abraham and Tito Rabat.

Coupled with Pramac's works-spec entry for Jack Miller and year-old GP18 for rookie Francesco Bagnaia, this means only two different iterations of the Desmosedici will be represented in MotoGP this year.

"We have two bikes less, this is a shame in terms of money because for sure teams help us in terms of economics," Dall'Igna admitted.

"But at the end we simplify the system because until [the end of] 2018 we had three specs on the grid and this is not easy to manage.

"So for sure we gain less money, but in terms of simplification this is a step forward and I always see the glass half full."

Bagnaia, who graduates to MotoGP as the reigning Moto2 champion and impressed in his first tests with Pramac at Valencia and Jerez, has been paired up with crew chief Cristian Gabarrini - who had previously worked with Jorge Lorenzo.

Danilo Petrucci, promoted from Pramac to the works team as Honda-bound Lorenzo's replacement, will continue working with Daniele Romagnoli as his crew chief.

Dall'Igna said the similarities between Bagnaia's and Lorenzo's riding styles played a part in the crew chief moves, but insisted it was part of a wider approach by Ducati for developing riders through its top satellite team. 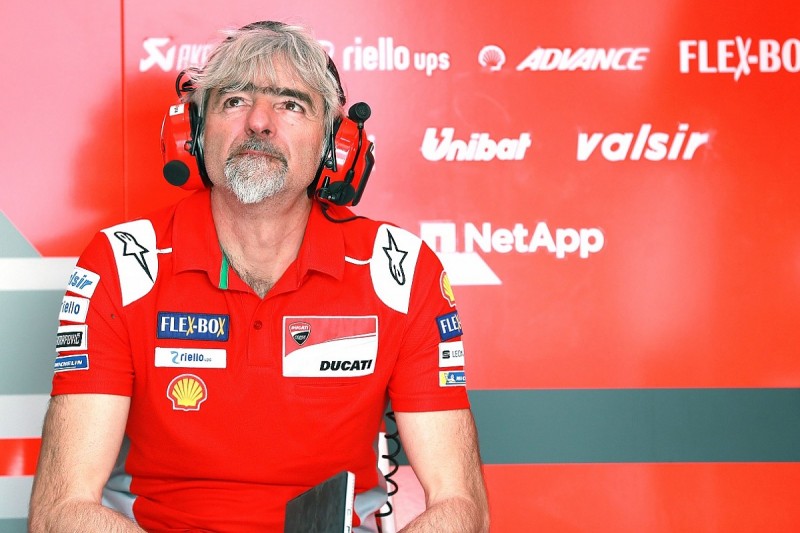 "I would like to underline that we approach the new riders in a different way in comparison with the other manufacturers, because we rotate the technician between the two teams, Pramac and factory Ducati team, in order to have the continuity for the riders," he said.

"So we did this with Danilo, he continues with his chief technician and his electronics [engineer, Cristian Battaglia] also for the next season, and we'll do the same with Bagnaia.

"So Bagnaia will have in his team the chief engineer [Gabarrini] and electronics engineer [Tommaso Pagano] of Jorge Lorenzo.

"I think this is important to understand how important the development of the new riders is for Ducati."