Dovizioso to leave Ducati at the end of 2020 MotoGP season

Andrea Dovizioso and Ducati will not renew their partnership for the 2021 MotoGP season, bringing an end to an eight-year partnership in the premier class

Dovizioso joined Ducati back in 2013 and was an instrumental part in bringing it back to the front of the field, winning 13 races between 2016 and 2020 and finishing runner-up in the championship for the past three seasons.

While Dovizioso remaining with Ducati for 2021 looked a likely scenario at the start of the year, talks between both parties stalled during the coronavirus lockdown.

Ducati wants to move away from big-money rider contracts in light of the financial crisis caused by coronavirus, while Dovizioso has been unwilling to take a substantial pay cut.

On Thursday at the Red Bull Ring, Ducati boss Davide Tardozzi said a decision on Dovizioso's future would be taken after next weekend's Styrian Grand Prix.

However, after a meeting between Dovizioso's manager Simone Battistella and Ducati on Saturday morning in Austria, he has confirmed Dovizioso has taken the decision not renew his deal with the team for 2021.

"We communicated today to Ducati that Andrea does not intend to continue for the next few years," Battistella told Sky Italia.

"He now wants to focus on this championship, on these races, and let's say we don't feel the conditions are right to continue in the future."

Dovizioso's manager confirmed that no proposal was ultimately tabled by Ducati for 2021, adding: "In practice we have never talked about the economic part so far.

"There have been no proposals or negotiations [for 2021]." 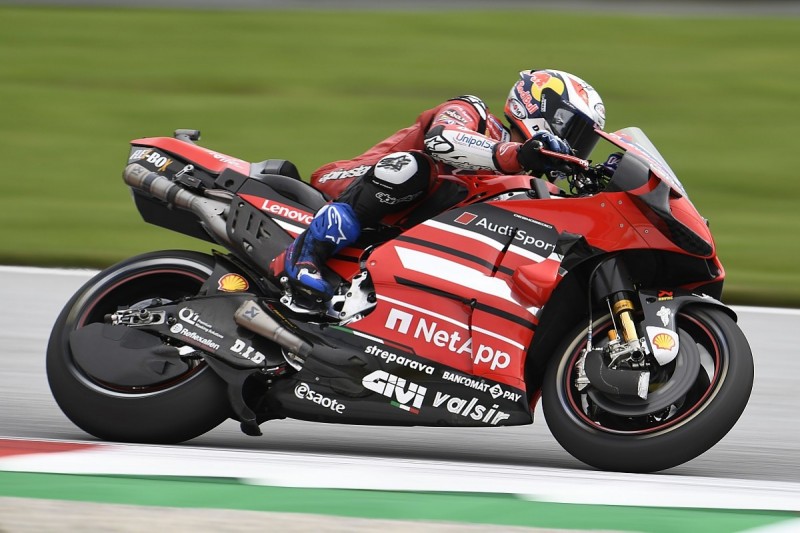 Battistella said in June that a sabbatical was an option for Dovizioso in 2021 should he not be handed an acceptable deal for Ducati.

He added: "Andrea intends to continue running, of course, if he finds a suitable programme and proposal to do so."

With the only factory ride outside of Ducati up for grabs being at Aprilia, which is currently waiting for Andrea Iannone's doping case to be resolved in October before finalising its 2021 plans, Dovizioso now looks unlikely to remain on the MotoGP grid next year.

Commenting on Dovizioso's potential future plans, Battistella notes that no other talks have taken place owing to there being no options currently.

"I have already had a look around, but I do that every day because it is
my job," Battistella said.

"There are no alternatives at the moment, so there are no negotiations with
other teams."

Ducati sporting director Paolo Ciabatti has since released a statement, saying: "We met Simone this morning here at Red Bull Ring and realised that unfortunately there are not the conditions to continue our relationship with Dovi beyond the end of the current contract.

"Ducati and Andrea will now fully concentrate on the remainder of the 2020 season, starting from tomorrow's Austrian GP, with the common goal to add more wins to the 13 wins already achieved together and fight for the title until the end of the championship."