Dovizioso was taking part in the Emilia Romagna regional motocross championships late last month when he crashed heavily onto his left shoulder and broke his collarbone.

He was taken to hospital for checks before the decision was taken by Ducati and himself to have the collarbone operated on, rather than let it heal on its own as is common with injuries of that nature, to be ready in time for the first race of the delayed 2020 campaign.

Beginning training just two days after surgery, Dovizioso has been working with sports coach Fabrizio Borra - who previously worked with double Formula 1 world champion Fernando Alonso - to get his shoulder ready for the upcoming Jerez back-to-back.

Visiting MotoGP's doctor Angel Charte on Tuesday to undergo further checks, Dovizioso has been cleared to race this weekend.

Dovizioso will put his shoulder under proper stress on Wednesday in two 90-minute MotoGP test sessions at Jerez, organised to allow the riders to get back into riding following four months of lockdown owing to the coronavirus crisis. 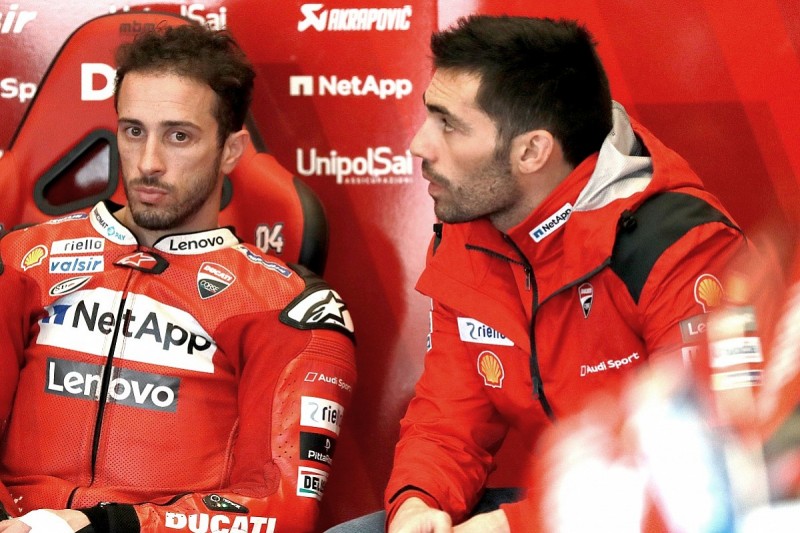 Reigning world champion Marc Marquez faced the early part of the 2020 season with a shoulder injury, after partially dislocating his right shoulder in a heavy crash at the Malaysian Grand Prix and a small off during a post-season test at Jerez in November.

However, the COVID-19-forced hiatus has allowed Marquez to fully recover from the second serious shoulder injury he has suffered in two years ahead of racing resuming.

Dovizioso's current contract with Ducati expires at the end of this season, and talks between himself and Ducati have stalled again as the pair struggle to meet on financial terms over a revised 2020 deal and a new one for 2021.

In recent weeks, his manager Simone Battistella has said Dovizioso is considering a sabbatical as a serious option should a deal with Ducati fail to be reached.