Andrea Dovizioso will line up on the grid for the 2020 MotoGP season-opener at Jerez after undergoing successful surgery on a left collarbone break on Sunday.

The Ducati rider was taking part in the Emilia Romagna regional motocross championship event on Sunday in Faenza in Italy when he crashed heavily onto his left side.

Dovizioso was taken to a local hospital to undergo checks on his left shoulder, which revealed a collarbone break.

He subsequently underwent an operation to correct the shoulder on Sunday night in Modena.

Ducati has since confirmed the operation was a success and Dovizioso will begin rehabilitation immediately, with his participation in the first race of the delayed 2020 campaign at Jerez on 19 July currently unaffected.

"He will start rehabilitation immediately and take part in the 2020 MotoGP season opener at Jerez on 19 July 2020." 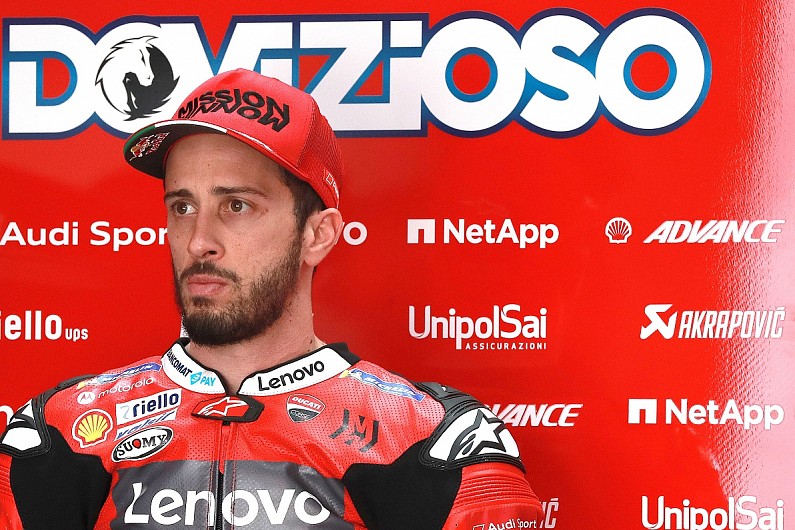 Dovizioso added: "The surgery went well, and I want to thank all the medical team that did the operation so quickly.

"I don't feel much pain, and that makes me very optimistic.

"I came home this morning, and during the afternoon, I will plan my rehabilitation.

"I am confident that in these weeks I will be able to recover and that I will be in full shape in time for the first 2020 GP in Jerez."

Ordinarily, the injury Dovizioso suffered would have been left to heal on its own, but the decision was taken by Ducati to have it operated on to ensure he be fit enough for racing later this month.

Ducati granted Dovizioso permission to take part in the motocross event, though denied his team-mate Danilo Petrucci the same opportunity.

Commenting on its decision, Ducati sporting director Paolo Ciabatti said: "Although we know that motocross is an activity that presents several risks, we had still allowed Andrea to participate in this regional race, because he had explained to us that he needed to rediscover those stimuli and sensations that only a real competition can give. 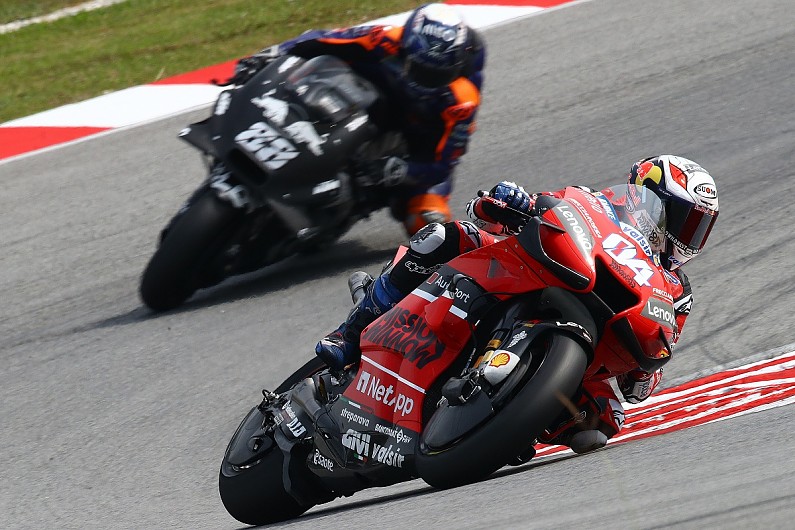 "On the other hand, motocross is also the discipline with which many of the MotoGP riders train regularly.

"So, in the end, we must be relieved that the injury did not have serious consequences and that Andrea will be able to be at the start of the 2020 championship in Jerez".

As a keen motocross rider, Ducati's decision to allow this comes in the midst of tough contract negotiations with the Italian over extending his stay beyond 2020.

Dovizioso's manager Simone Battistella recently said it is "99%" certain that Dovizioso will stay with Ducati in 2021, though comments made to Sky Sports in Italy on Sunday by him suggests talks are still slow.

"The negotiation for 2021 is something that goes without saying," he said.

"We are focused on 2020 and this is a small hitch, but it must be resolved immediately.

"As for 2021, we will think about it when we decide to talk about it and start a negotiation."

Dovizioso will test his shoulder's fitness on a MotoGP bike for the first time on 15 July in a one-day official test for the grid ahead of the season-opener.