Dovizioso's narrow win over Honda's Marc Marquez was thrown into doubt when it emerged that Suzuki, Honda, KTM and Aprilia had lodged a protest against Ducati's newly-introduced rear tyre winglet.

The component can be seen just in front of the rear tyre at the very bottom of the bike in the picture below. 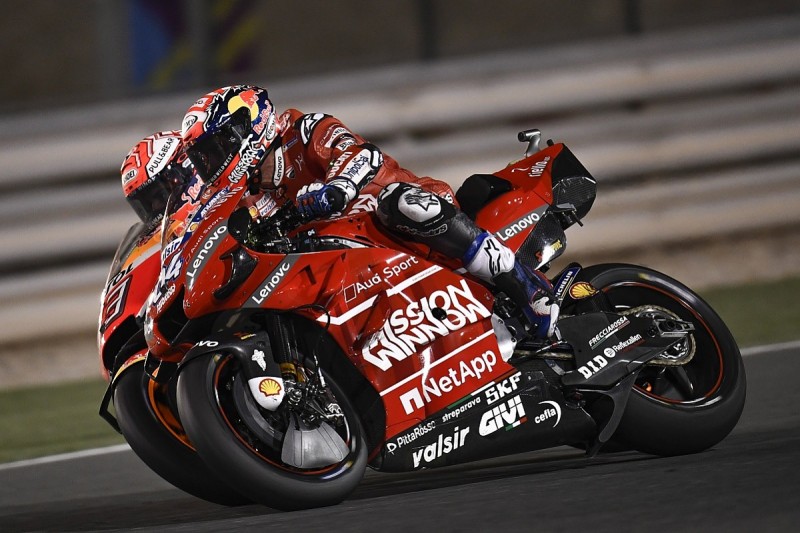 An investigation was launched after the race, but ultimately it was deemed by MotoGP's technical delegates that the part in question is legal.

Danilo Petrucci had run the part - which is believed to assist with tyre cooling - in practice before both he and factory Ducati team-mate Dovizioso adopted it for the race. The pair, and Pramac rider Jack Miller, who retired, were all protested.

A MotoGP statement said that "based on guidelines and regulations currently in force, the FIM MotoGP stewards panel rejected [the] protests".

That meant both Dovizioso's victory and Petrucci's sixth place finish became official, but the row is ongoing.

A MotoGP statement released some time after the stewards reached their decision said the matter has now been referred to the Court of Appeals at motorcycle racing governing body the FIM.

"The appeals panel has subsequently decided to refer the case to the MotoGP Court of Appeals in order to attain more information pertaining to the matter," it read.