Fabio Quartararo admits he was "lucky" to escape serious injury from a nasty crash in FP2 for the MotoGP British Grand Prix, but insists this won't make him "ride more safe".

The championship leader suffered an off-throttle rear-end crash at the Vale left-hander in the opening stages of FP2 while he evaluating the hard rear tyre, which he says was "a total disaster" for the conditions.

He took a hefty whack from his Yamaha and hurt his ankle, initially needing help from a marshal to walk away.

However, Quartararo was soon able to rejoin the session and went on to dominate FP2, ending the day fastest of all by over half a second with a 1m59.317s lap.

"Yes, I twisted my ankle, sprained it," he said when asked by Autosport to explain his crash.

"But everything is fine, when I'm on the bike I have no pain and this is the most important thing.

"I was with the hard rear tyre, it was a total disaster for this condition, that I nearly crashed a few times before and Turn 8 was the corner I crashed.

"But, anyway I was feeling quite OK and it was good for us after the crash to make great laps on the medium tyres.

"I was feeling fast, I was not really on the limit and to be able to make like 2m00.1s was positive, so I'm feeling great." 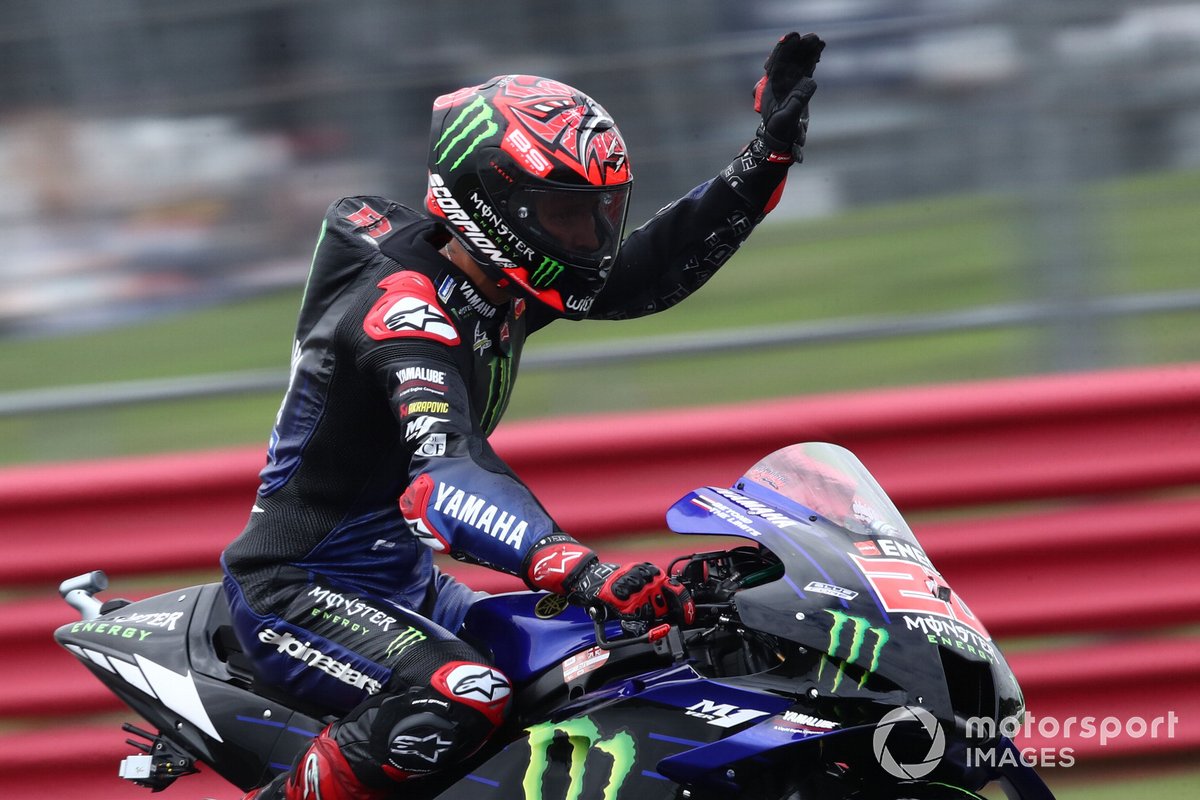 When asked if he felt lucky that he never got thrown into the air in the incident, Quartararo added: "I think I lost the bike at the correct moment because if it had been a high-side, I would have been higher and [it would have been] more painful.

"So, it can always be worse. So, we are really lucky today, and it's not because I had this crash that I will ride more safe.

"I think everybody saw after the crash I just went for it and had zero corrections.

Quartararo admits his decision to try the hard rear tyre in the cooler conditions was "a bit risky", but was keen to continue working in a "normal" way despite his championship situation.

"I will wish good luck to my foot before every session," he joked.

"But it's part of the game. I was not really on the limit because it was a mistake for us to try the hard tyre on those conditions.

"But for us it was not bad, and I think it was a bit risky. But that's what I wanted to do, I just want it to be like a normal weekend, try a little bit more to see the performance.

"But I feel like it will be normal tomorrow, a bit sore. But it's part of the game."