Danilo Petrucci and Pramac Ducati to split after 2018 MotoGP season

The 27-year-old agreed a one-year extension to his contract last year despite being courted by Aprilia as it sought a replacement for Sam Lowes.

It emerged earlier this month that Pramac is in advanced negotiations with Moto2 rider and Valentino Rossi protege Francesco Bagnaia about a 2019 MotoGP seat, in a move that would prompt Petrucci's exit.

Now Petrucci has clarified in an interview with Italian newspaper Gazzetta dello Sport that he and Pramac will part ways after 2018 as he seeks a factory team seat with either Ducati or Aprilia.

"[Pramac owner] Paolo Campinoti and I are both aware: he pulled me out from hell, but we knew this would be our last year together," said Petrucci.

"I have a contract with Ducati, I have an option that expires in June to step up to the factory team - otherwise I am a free agent." 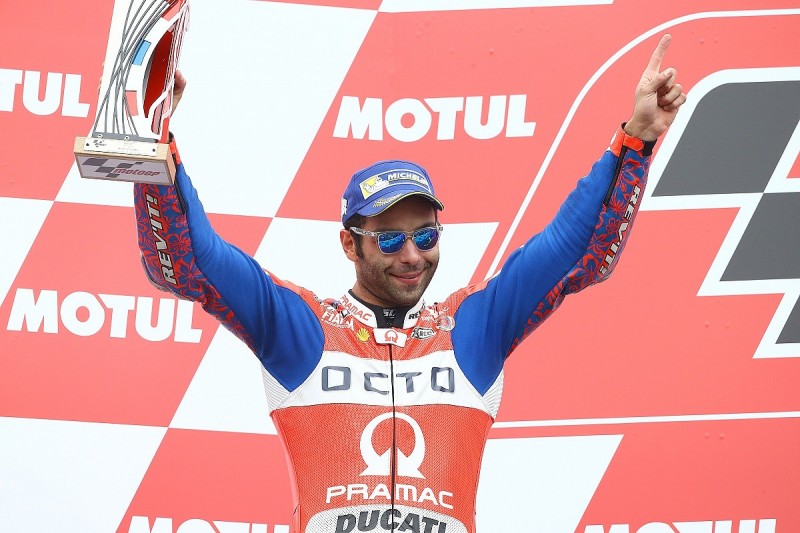 Petrucci first joined Pramac in 2015 and has taken five podium finishes with the team, four of them last season.

He said "the dream" was for Ducati to take up its option to promote him to the factory team, but added "I believe everything will be decided in the first few races and I don't think this is very fair".

Petrucci admitted he could have made his factory move by accepting Aprilia's offer last season.

"In 2017 there was a strong temptation to go to Aprilia, riding for another Italian team was very appealing," he said.

"But I didn't want to be 'divorced while living together'."

He emphasised that his next move had to be to a works team, saying "after seven years in MotoGP, the dream is this".