Ducati MotoGP rider Andrea Dovizioso is "worried" about the "crazy" consumption and movement of the rear tyre at Czech Grand Prix venue Brno, which he says has "never happened" before

The Brno circuit hasn't been resurfaced since 2008, and over the years the asphalt has degraded to the point where grip is much lower and bumps are more pronounced.

Many riders complained following Friday's two practice sessions about the state of the circuit, as well as an inconsistency with the drop of the rear tyre.

Dovizioso believes the behaviour of the tyre is a combination of the quality of the track surface and how the carcass of the Michelin rear tyre is working.

He also cautioned that, if conditions remain as they are, Sunday's race could be "strange".

"[I'm] a bit worried - but I think like every rider - for the consumption of the tyre and the movement on the exit [of the corner]," Dovizioso said in response to a question from Autosport.

"It's something crazy, it's never happened.

"But the reaction of the tyre I think is the biggest reason for me, because in this track, when you are on the traction area, you are with more lean angle, because the corner is very long. 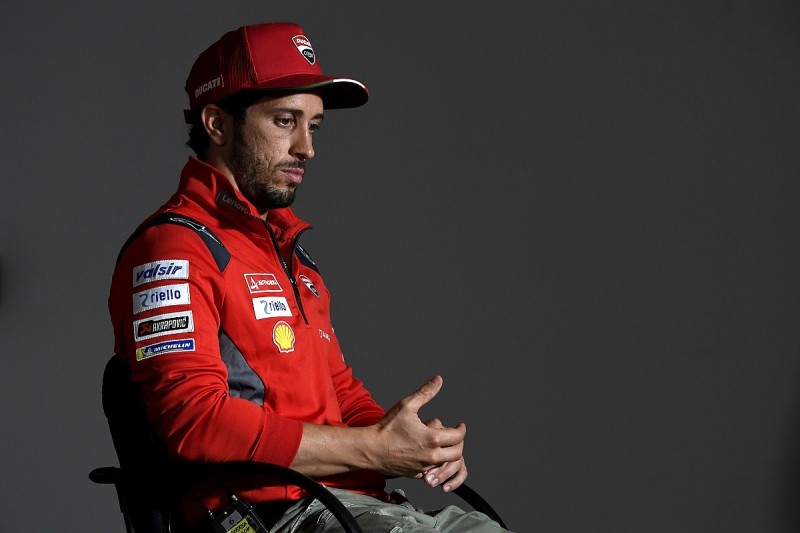 "So you can't really pick up the bike completely, and in that area maybe the casing [of the tyre] is the reason why there is all that movement and every bike has more or less the same [movement].

"So that is something and it's very difficult to manage, especially because the rear grip drops a lot.

"So, lap by lap it becomes more difficult to manage.

"So, in this moment, if the condition will remain the same for tomorrow and Sunday, it will be a very strange race because the lap time from the beginning to the end will drop a lot."

Dovizioso struggled in the opening two rounds at Jerez, with the new construction rear tyre causing most of his issues in braking and turning the bike.

Though only 15th at the end of practice having not gone for a time attack at the end of FP2, Dovizioso says he is now able to "play" with the rear of the bike more and has gained under braking.

"My speed when I had the same tyre as the competitors was quite good.

"And especially I feel much better on the braking - I'm able to brake harder, play more with the rear slide.

"So, I'm able to be more aggressive."

Vinales' "mentality" not focused on Quartararo in Czech MotoGP