Cal Crutchlow says "the first plan" is to return to action at the Catalan Grand Prix, after his recently-operated on arm forced him to back out of the Misano double-header

The LCR Honda rider had arm pump surgery on his right arm after last month's Styrian Grand Prix, but has struggled with a build-up and leaking of fluid from the wound over the past week.

While he was able to ride in Friday's practices, the arm filled up with fluid again and was not draining as before.

With the risk of infection high owing to the open wound on his arm, Crutchlow was forced to pull out of this weekend's San Marino and next weekend's Emiliga Romagna GP on doctors' orders.

He will now rest up and attempt to return at Barcelona in two weeks' time.

"Situation is I have fluid on the arm and we agreed with the doctor, and the doctor was very good in the situation in regards to my arm," Crutchlow said.

"It's not healing, it needs time to heal. So, that's the situation. The fluid now has come on top of the arm, which is the clean part.

"Now the fluid is on top of the arm, the only way to get it out is to put a needle inside, but I already have such a high risk of infection with the arm being open the way it is that we don't want to risk and the doctors don't want me to ride because they want that hole to heal and that fluid to go away.

"The only way to do that is to stop riding." 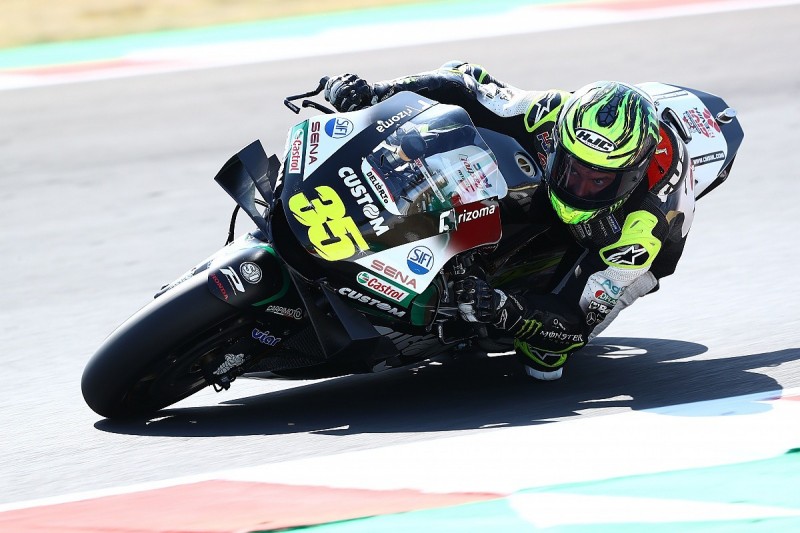 When asked when he will return, he added: "The first plan to come back is in Barcelona to give the arm till then to recover.

"Obviously I'll have to continue to do physical therapy.

"I will go and see the doctor on Monday to make a plan, because we need to get this hole closed and sewing it is not the option.

"We need to leave it open and let it heal on its own, because I sewed it the other day and it made it worse. The arm just blew up like a balloon."

Crutchlow expressed disappointment at being forced to pull out of Misano as he felt Friday was "one of the best days" he's had on the 2020 Honda.

"I'm disappointed because I felt good on the bike yesterday, probably one of the best days I've felt on the bike all year speed-wise, pace-wise.

"So, I'm disappointed not to ride but we need to look past Misano. I want to continue to race this year in a good way and I need my arm to be at a good level to do that. But I have to also look to the future.

"I can't continue to do damage every week to my arm to race in Misano. For the rest of my life I need the arm."