Marquez has finished all bar the Americas Grand Prix inside the top two, with four victories and a second-place finish at the Dutch TT helping him to build a 44-point lead in the standings over nearest rival and Ducati rider Andrea Dovizioso.

All works Honda riders have complained extensively about this year's RC213V's difficulty in turning, with LCR's Crutchlow the most vocal about a bike he believes is much more physical than its predecessor.

Crutchlow labelled 2019 his hardest season "by far" aboard the Honda and says Marquez is riding "harder and better" than ever before.

"It's hard but I don't think it's just hard for me," said Crutchlow. "I think the only one it's not hard for is Takaaki [Nakagami, who is on the 2018 bike]. That's honest.

"I think Marc is riding harder and better than what he has before to make it work that he's leading the championship, it's as simple as that.

"To finish the races in the positions he's finishing, I don't think people understand how hard he's having to ride to do that.

Crutchlow was in the fight for fourth at Assen, but several mistakes at Turn 1 and the final chicane resigned him to seventh.

He blamed this on "inconsistent" engine braking and joked the bike nearly threw him into the crowd at the last chicane as a result. 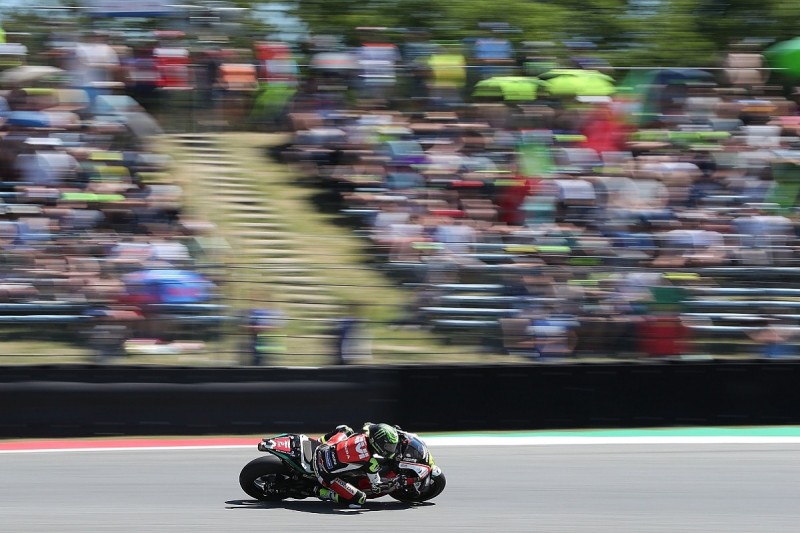 "Getting out, I think we are similar in a way. But it's that inconsistency. If you lean the bike over to turn the bike, the rear comes around.

"That's why I ran off the track twice at Turn 1. The other time is because I nearly hit the back of [Franco] Morbidelli.

"The other one at the last chicane was because I leant the bike into the corner and the rear came around.

"Thing is you're going to highside off-throttle, and fans in that chicane are good, but I didn't want to land on them. And I felt like I was going to."