Crutchlow is competing in what is scheduled to be his last race as a stand-in this season, having replaced Franco Morbidelli at Petronas SRT in the Austria double-header before taking over Maverick Vinales’ seat at the factory Yamaha squad for Silverstone and Aragon.

The British rider was third fastest at the end of practice and just 0.284 seconds off the pace and was seen celebrating that FP2 lap after he’d finished it.

Crutchlow says that celebration was nothing to do with the position and was instead for the fact it was the first time he’s been able to put in a proper time attack lap since becoming Yamaha test rider this year. 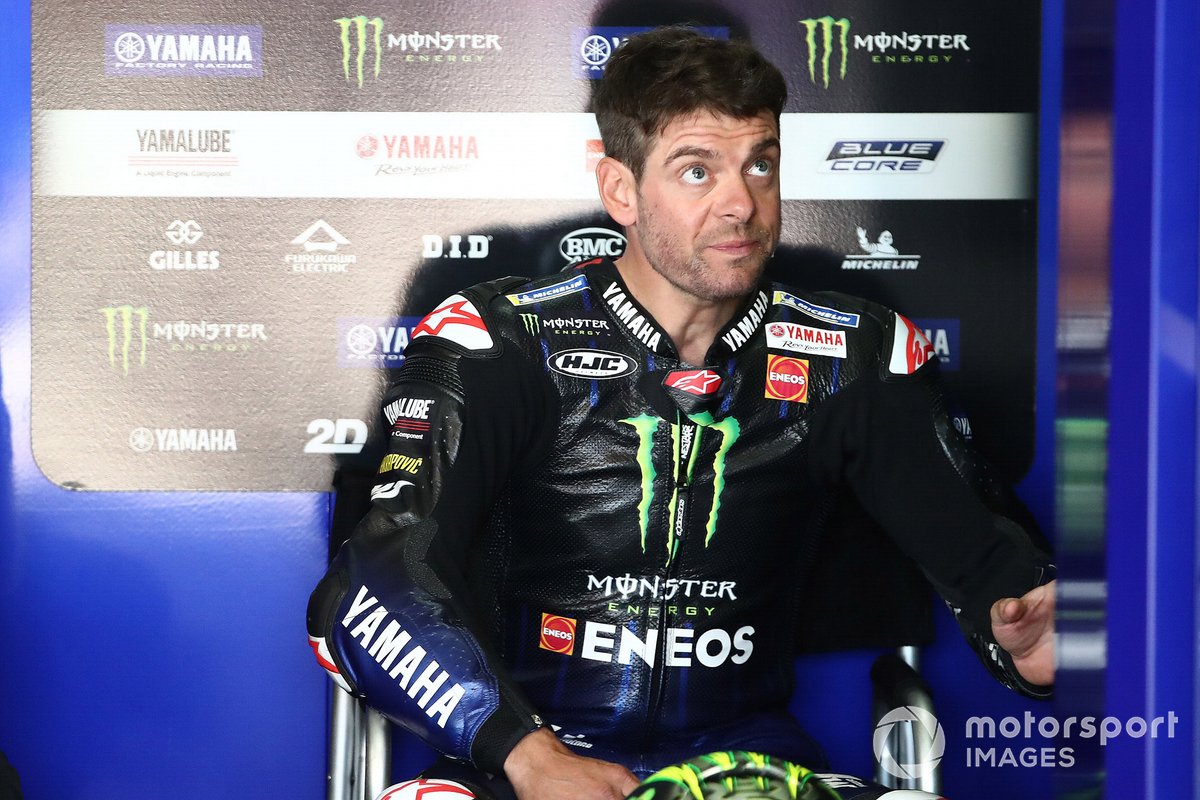 When asked by Autosport what a realistic target could be going forward into the Aragon GP weekend after finishing Friday third fastest, he said: “Realistically, I could be 20th in the morning. That’s the reality.

“So, as I’ve said, we’re not bothered about the position. It was nice to do a lap because on the Yamaha I’ve never done a fast lap in my life.

“I’ve done good testing, in Jerez I had fantastic pace, but I couldn’t go fast at all – as in over one lap.

“So, that’s why I was happy with the lap because I was able to push and that was it.

“So, in the end I feel better on the bike. It’s just time on the bike, simple as that. Silverstone was not great, I was happy with Silverstone, we did our job.

“It was not easy, it was difficult to jump from the ‘19 bike to the ‘21 again having not ridden it in so long.

“It was just about getting used to it again. At Silverstone I was pissing about with the handlebars, with the brakes because they’re completely different sizes, the way you sit, I didn’t feel comfortable.

“So now I feel a little bit more comfortable, I’m able to start pushing a bit more, my pace was ok in the free practice two.”

Team-mate Fabio Quartararo was seventh on the combined times at the end of Friday and displayed strong long-run pace in FP2 – something which came as a surprise to the championship leader.

“I didn’t expect [that pace], because I saw I was like P4 or P5 and I thought everyone was doing the same [pace] as me, and I was not pushing like hell,” Quartararo said.

“Normally my crew chief has no emotion but [he gestured to me] and I said ‘ok, that must mean a good pace’.

“The second run I was struggling a lot because we tried something on the bike that in the morning we had on our mind, but it was definitely not working.