Cal Crutchlow has 'good options' beyond LCR for 2018 MotoGP season

Cal Crutchlow says he has good "options on the table" for MotoGP in 2018, including with factories, but concedes he has no reason to leave LCR Honda

After three seasons with Tech3 Yamaha and a single campaign with Ducati, Crutchlow joined Lucio Cecchinello's satellite Honda outfit in 2015, and won a pair of races last year.

The Briton's current deal expires at the end of this season, and while he says he has "no reason to leave" LCR, Crutchlow said he has been talking with other teams.

He also says that includes factory teams, having previously suggested performance clauses might create openings in contracts that run through to the end of 2018.

"At the moment, I have no reason to want to leave, or to think that I'm leaving," he said.

"But I have other stuff on the table. I have to look it through, think about it and see what comes up.

"I haven't made a decision. I've got some stuff on the table and will surely have to start to think about it very soon. How soon, I don't know.

"At the end of the day, I think it's clear to see that I still have great speed, I have good value to Honda with regards to information and the way I ride, and testing things and being still fast.

"But the options on the table are quite good as well.

"I have to weigh up the pros and cons, but I'm very happy with my team, Lucio does a great job, all of the guys in the garage do a great job.

"I've worked with them for three years. Why wouldn't I work with them again?"

Crutchlow will turn 32 in October, and said his "next deal will be a two-year deal", but it was not one he was evaluating on the basis it would be his last in MotoGP. 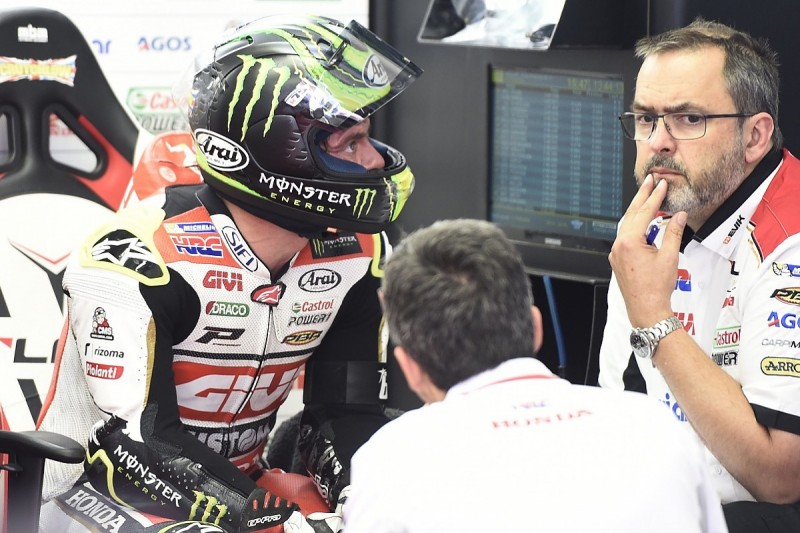 While Crutchlow has been involved in Honda's test programme, often instead of factory pair Marc Marquez and Dani Pedrosa, its team manager Livio Suppo said earlier this year there was not much more it could do for the LCR rider.

"But if I can improve the bike for me and Marc then it's going to improve for everyone, and improving for everyone means the bike is better for everyone.

"So I don't mind testing things. Don't get me wrong, sometimes it's difficult but it's a good job and good trait to have to be able to do that.

"The treatment [I get from Honda]? I get a good bike and get good treatment. There's no doubt about that."

Valentino Rossi 'not very happy' about Thailand MotoGP round plan